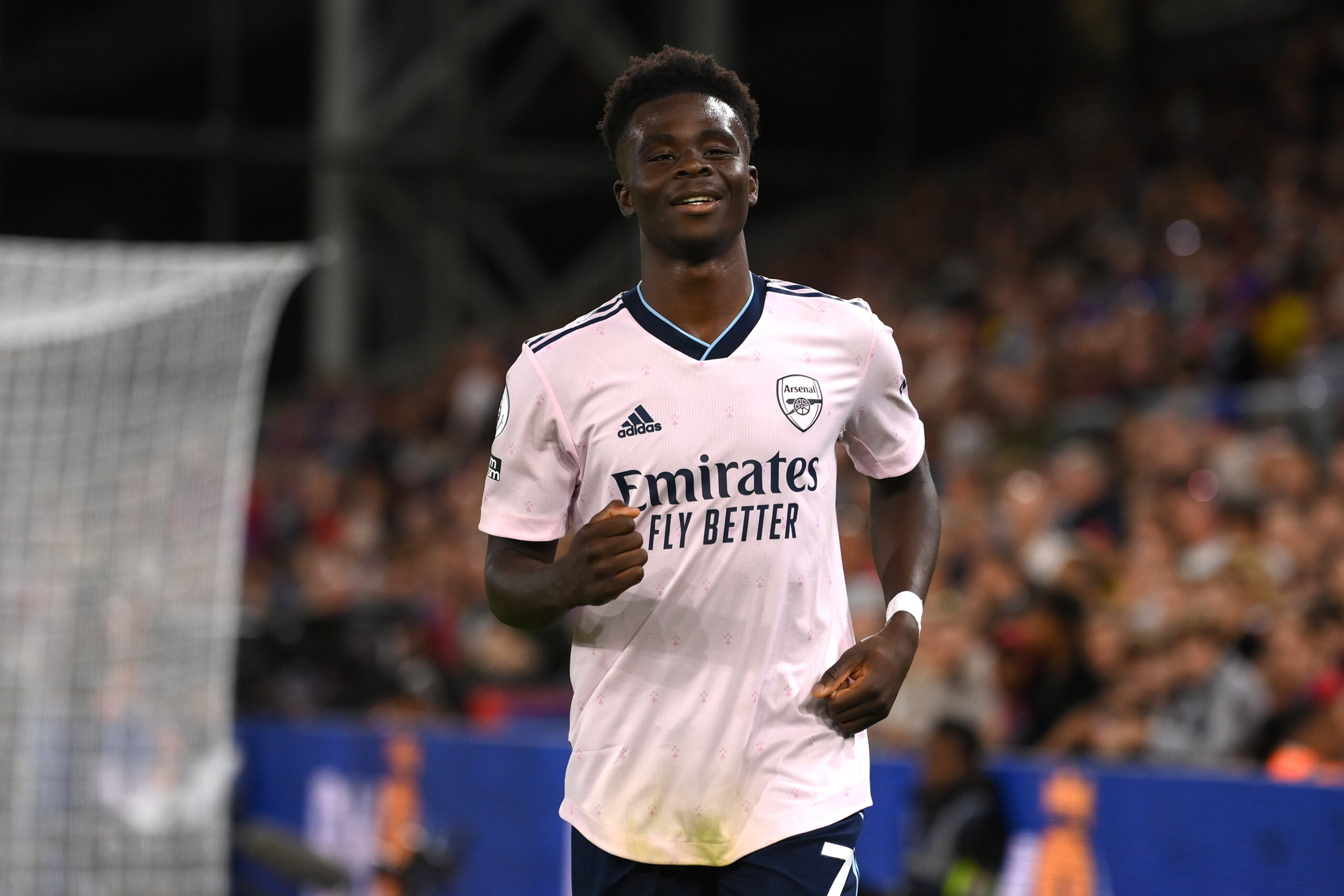 Arsenal’s Bukayo Saka has been voted England Men’s Player of the Year for the 2021/22 season.

The 21-year-old winger is the first Gunner to receive the honour since the award’s inception 19 years ago.

The award comes after Saka’s brilliant year for club and country. Saka scored 12 goals and recorded seven assists in 43 appearances for Arsenal.

He has 18 senior caps for the Three Lions with four goals and four assists.

A local grassroots team presented him with the trophy before a question-and-answer session. They also took a few photographs.

Speaking as he collected his award, Saka said, “No way. I did not expect this, honestly. So yeah, I am honoured. It’s really nice.”

Saka received the award ahead of the Nations League tie against Italy tonight. There are rumours Saka will start at left-wing-back tonight for England.

He is also Arsenal Men’s Player of the Season after winning it for the second consecutive campaign and on the shortlist for the prestigious Kopa Trophy.

Saka has bagged one goal and four assists in the Premier League this term, helping Arsenal climb to the top of the table.

For now, Saka’s attention will solely be on the national team. England are bottom of their Nations League group and desperately need to play well against Italy and Germany in their final two games.

These are the last set of games to prepare for the 2022 World Cup in Qatar, which starts in two months. England start their campaign against Iran on November 21.