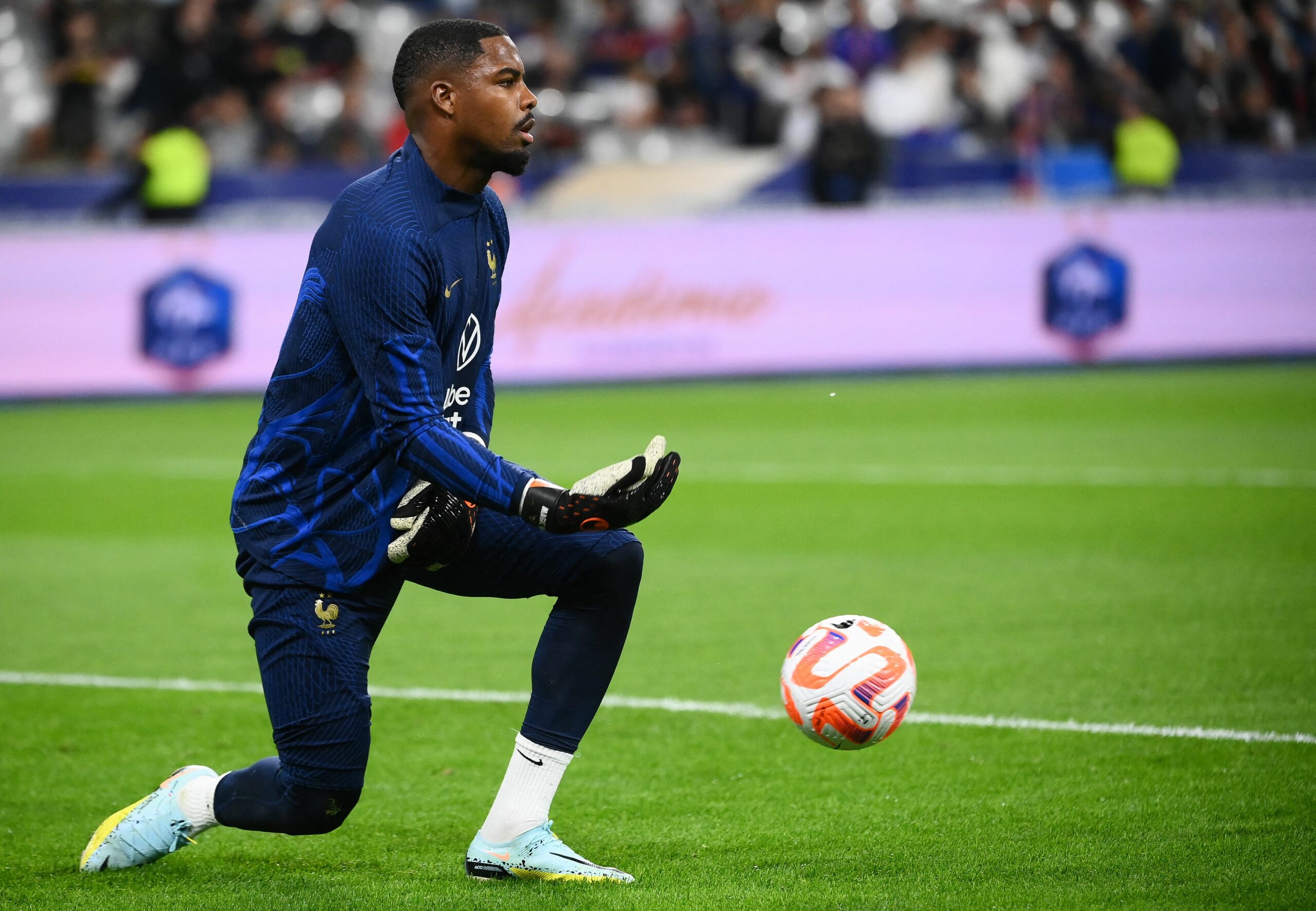 AC Milan goalkeeper Mike Maignan will leave the France camp following an injury against Austria yesterday, according to the French Football Federation.

Maignan reportedly suffered a calf injury in the first half of the Nations League tie against Ralf Rangnick’s side. Alphonse Areola replaced Maignan at half-time before Les Bleus raced to a 2-0 win.

The 27-year-old shot-stopper will return to Milan this morning. Milan will also perform tests on Maignan to estimate how long he will be out.

Head coach Didier Deschamps is without several key players for this round of Nations League games.

Kamara is already reportedly ruled out of the World Cup after suffering a knee injury following his call-up. Pogba is expected on the pitch ten days before the tournament starts.

Jules Kounde and Maignan received their call-ups, but they have now picked up in-game injuries, adding to that worrying list for Deschamps.

France will wish their stars can return in time and gain match fitness before the tournament starts in two months.

The Olympique Marseille legend has kept two clean sheets in six Ligue 1 appearances this term and will replace Maignan.

The FFF announced that they wouldn’t call up a replacement for Kounde. Arsenal defender William Saliba replaced Kounde against Austria.

France have one final training session at the Stade de France on Friday afternoon. They will travel to Copenhagen, where they face Denmark on Sunday.

It will be France’s final game before the World Cup begins. Les Bleus start their tournament against Australia on November 22.