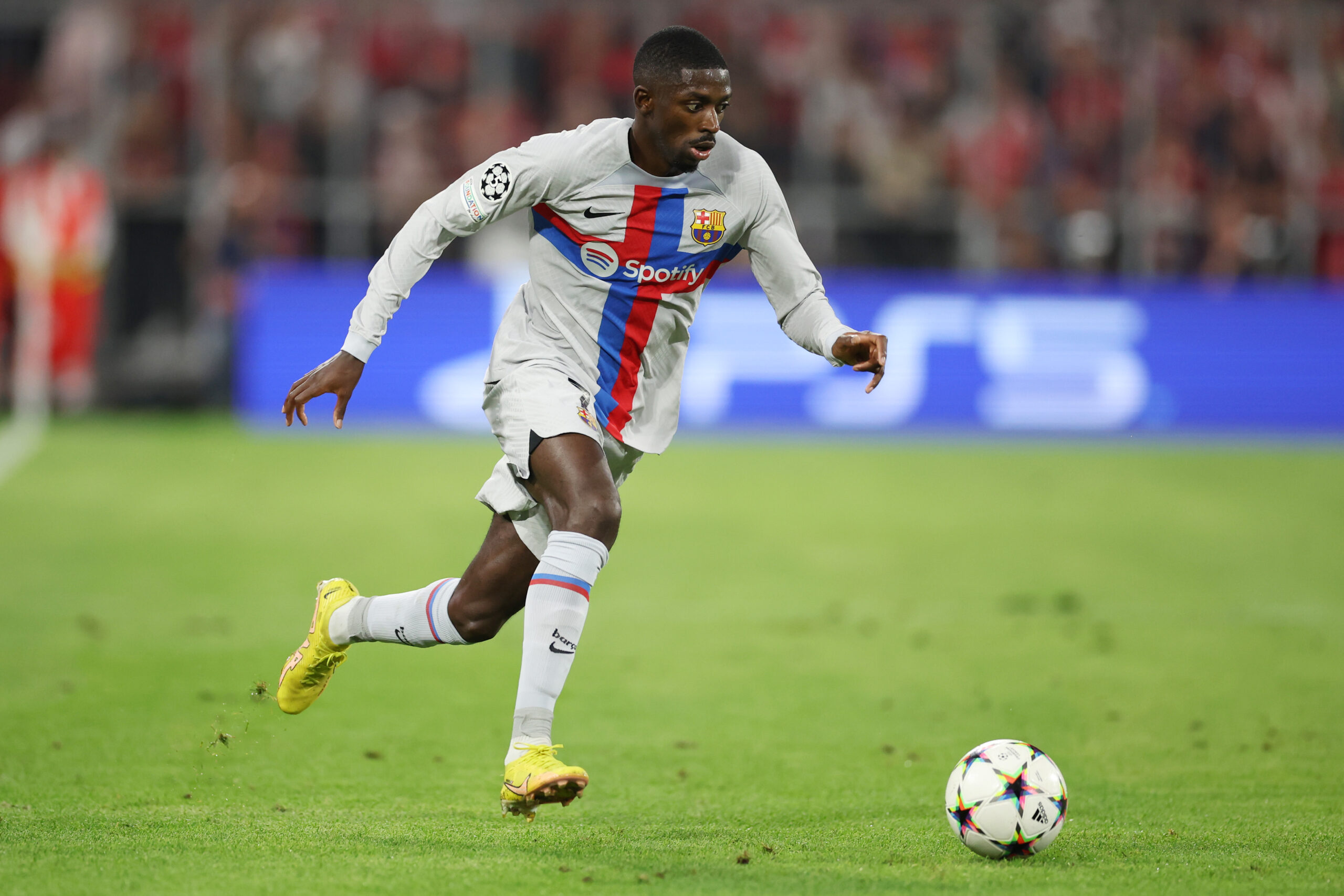 Ousmane Dembele was much closer to leaving Barcelona than staying in the summer transfer window.

The Frenchman and his entourage rejected Barca’s multiple offers, deeming them insufficient.

Chelsea and Paris Saint-Germain were waiting in the wings as they had the financial resources to sign Dembele. By contrast, Barca who were in an economic crisis.

However, Dembele eventually agreed to renew his contract until 2024 after being convinced to stay by Barca manager Xavi.

He had been clear from the beginning that the French winger was an integral part of his project.

Dembele has got his career back on track with Xavi’s help. going from an injury-prone player to one of the most dangerous wingers in Europe.

The former Borussia Dortmund star helped the Catalans to a second-place finish in La Liga last season, concluding the campaign with 12 assists.

He looks even more impressive this term, forming a dangerous partnership with Robert Lewandowski and Raphinha up front.

A report from L’Equipe states that Dembele hasn’t agreed to any signing bonus in his new deal but instead negotiated a €50 million release clause, which will become active next summer.

If the clause is triggered, 25% of the sum will go to Dembele as a form of deferred payments and Barca will collect the rest.

It may come as great news for top European clubs, but it looks unlikely he will leave Camp Nou next summer.

The 25-year-old’s stock might even go up after World Cup 2022, but it is hard to see him leave the Catalan giants as long as Xavi is there.

Barca are currently witnessing the best version of Dembele, which will be crucial to their quest for La Liga and Champions League glory this season.