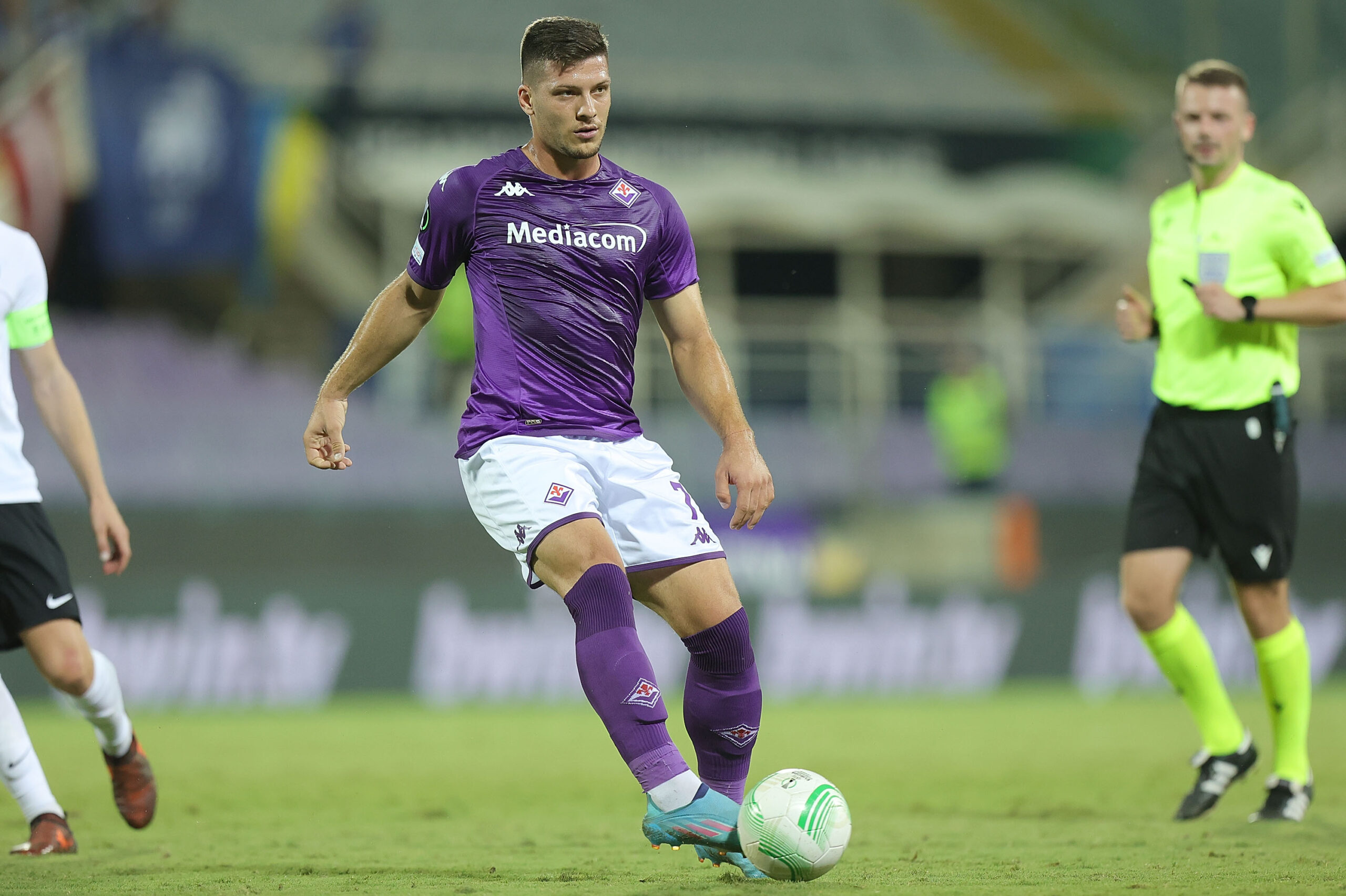 Fiorentina have reportedly put Luka Jovic up for sale just two months after signing him from Real Madrid.

La Viola provided the Serbian striker with an escape route in the summer after a disappointing three-year spell at Santiago Bernabeu.

Arriving on a free transfer, Jovic made a good impression during pre-season. However, he has failed to build on that momentum, scoring only one goal in six Serie A games.

Spanish outlet AS reports that Fiorentina are concerned with Jovic’s struggles and are prepared to sell him in January to fund new signings.

The 24-year-old was tipped to become one of the world’s best strikers after completing a €60 million move from Eintracht Frankfurt to Madrid in 2019. However, things have gone downhill since then.

Jovic’s woes could be attributed to Fiorentina’s overall struggles this season. He also hasn’t played much in recent years – spending his time on the fringes with Madrid.

His future is in doubt after being dropped to the bench in the recent Serie A fixture against Hellas Verona, with La Viola winning the game 2-0.

Despite being included in the Nations League games, Jovic’s place in Serbia’s World Cup squad is still not guaranteed, especially if he fails to rediscover his form at club level.

Madrid will keep a close eye on the situation as they hold the rights to 50% of Jovic’s future sale.