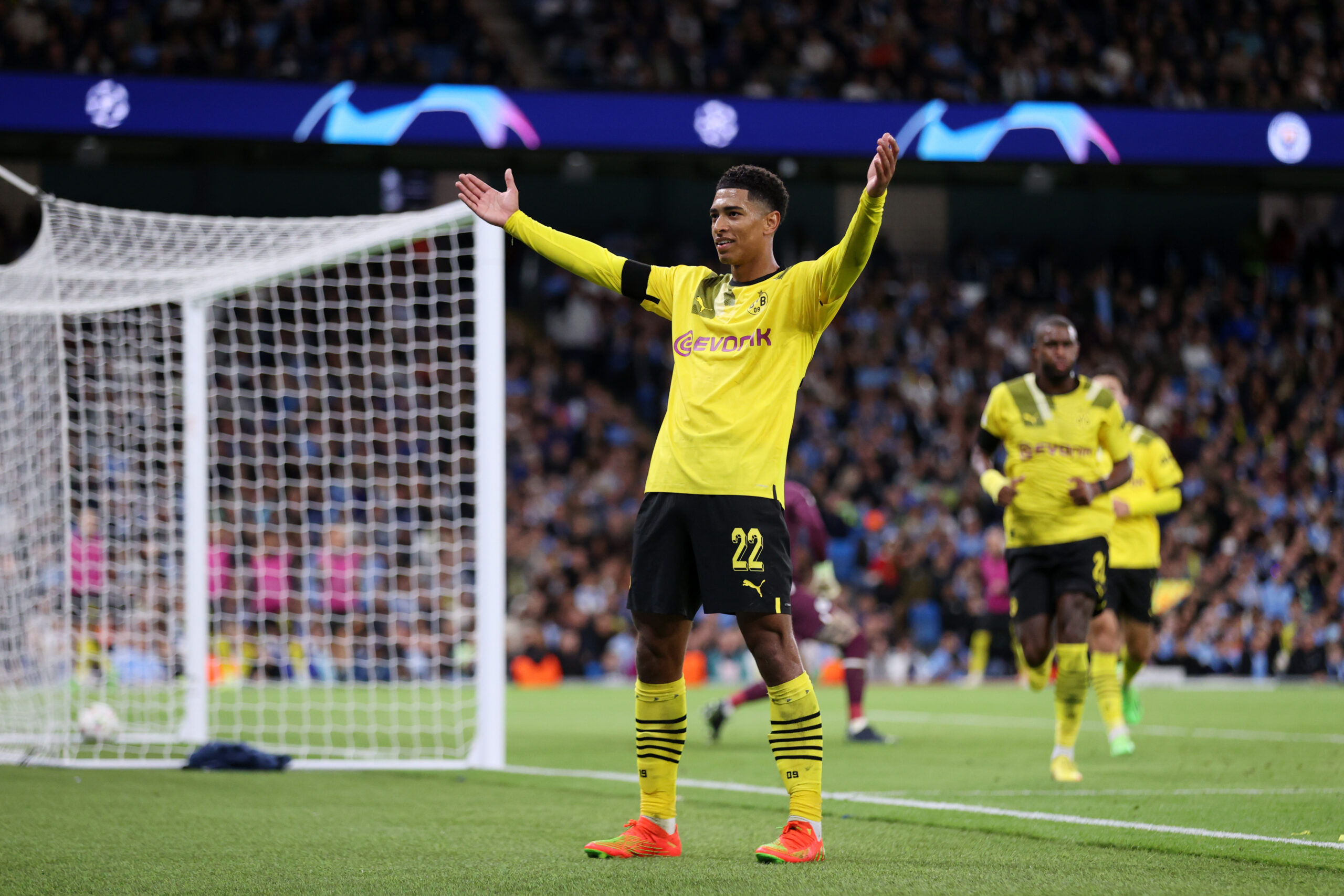 Any club wanting to sign Jude Bellingham next summer will need ‘deep pockets and a project as compelling as the one that took him to Dortmund to come out on top’.

That’s according to The Athletic, who also claim that ‘commercial opportunities’ will be a key factor in determining Bellingham’s next move.

Liverpool have been strongly linked with Bellingham, but plenty of other European big-hitters are keen to secure the midfielder’s services.

They include Manchester United and Chelsea, but it is the former club that appeals most as having the platform that Bellingham craves.

Sure, Liverpool and Chelsea have both won silverware more recently than United, but neither has the same global appeal as the Red Devils.

In terms of a football project, United can offer Bellingham the chance to be a central figure in returning the club to its former glories.

Under the stewardship of new manager Erik ten Hag, the Mancunian giants finally appear to be heading in an upward trajectory.

While the quality of their squad still lags behind Manchester City, the improvements they have made this summer has brought them closer to Liverpool and Chelsea.

Adding Bellingham into the mix would be another step towards re-establishing United as a major force at home and abroad.

Commercial considerations will also come into play for a young man who understandably wants to do the best he can for his supportive family.

Liverpool and Chelsea are big clubs – but neither are Manchester United. When it comes to global pulling power, they are not in the same league.

Despite their lack of silverware in recent years, United’s commercial department has kept the cash tills ringing.

They have historically marketed their top players such as David Beckham and Cristiano Ronaldo in ways their rivals can only dream about.

Bellingham comes across as an articulate young man who knows exactly what he wants from professional football.

From a football and commercial perspective, signing for United would give him the best possible chance of achieving his long-term aims.