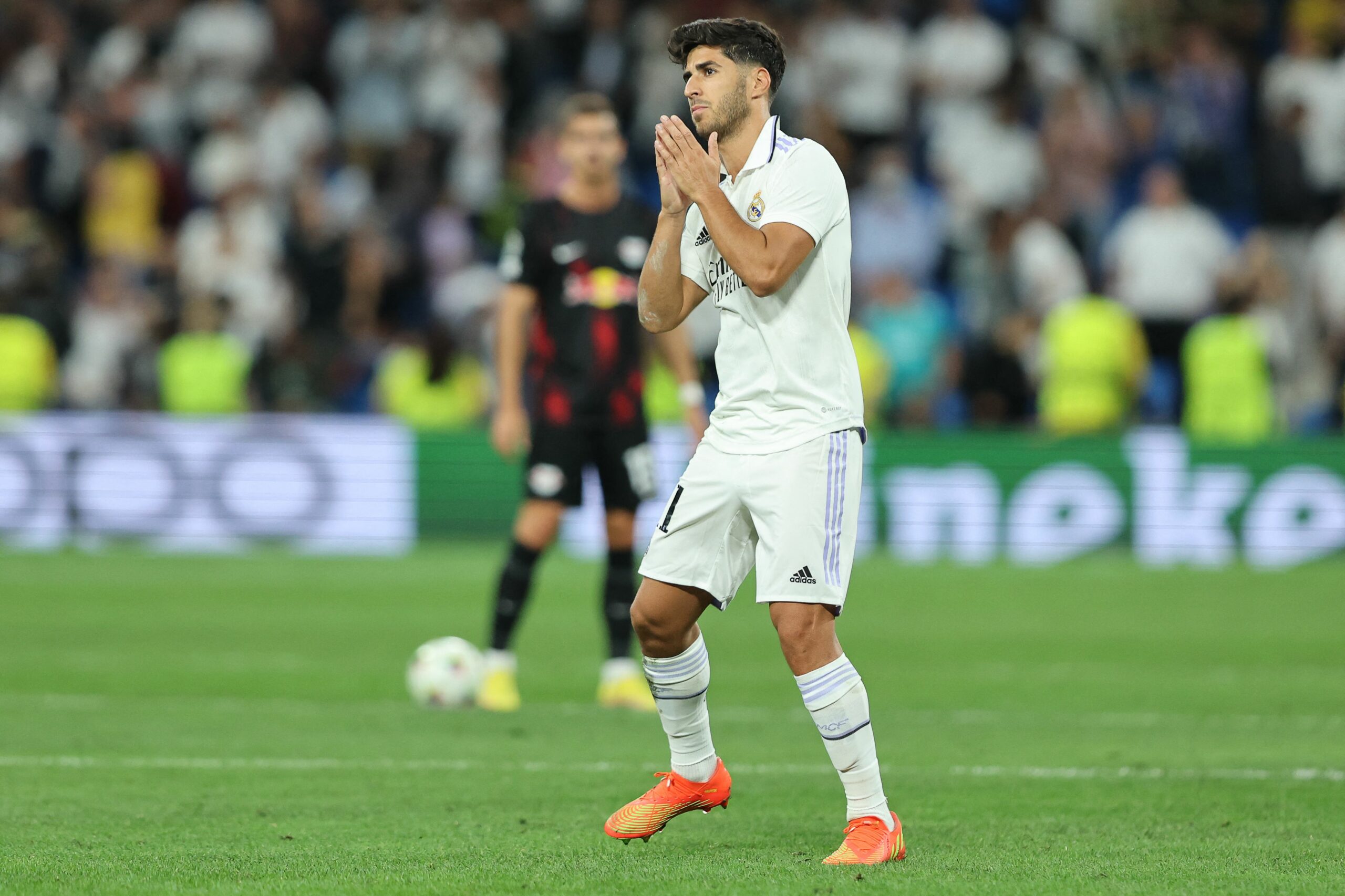 The Spanish forward is unhappy with the lack of game time under Carlo Ancelotti, and he could leave for free when his contract expires next summer.

Asensio was heavily linked with an exit during the recent transfer window, but he chose to stay at Santiago Bernabeu to compete for his place.

However, things haven’t gone his way so far, as he has only appeared for merely 11 minutes in La Liga this season.

The 26-year-old cut a frustrated figure when Carlo Ancelotti decided not to call him from the bench despite having him warmed up during the La Liga game against Mallorca.

Arsenal, AC Milan and Juventus are also tracking the Spaniard, who will be able to sign a pre-contract with foreign clubs in January if he decides against a renewal with Los Blancos.

Asensio has reacted to rumours linking him with a move to arch-rivals Barca. Instead of entirely shrugging off the speculation, he said he hadn’t assessed that option yet.

Speaking in an interview with COPE, Asensio said: “I honestly don’t know. Like Barca, many have come out. I am focused on the present and giving everything with the national team and with my club.

“I have not valued it nor have I thought about it. I can’t give you an answer. This morning I had 200 messages. I am in a world where there are many rumours.

“It’s normal because in January I can sign with any club and more will come out. We are in that circle that I cannot control.”

Asensio’s frustration is valid, as he doesn’t want his prime years wasted by sitting on the bench.

His place in Spain’s national team for the World Cup 2022 could also be in danger if his situation doesn’t change.

However, Luis Enrique has summoned Asensio to La Roja’s squad for their Nations League games this month.