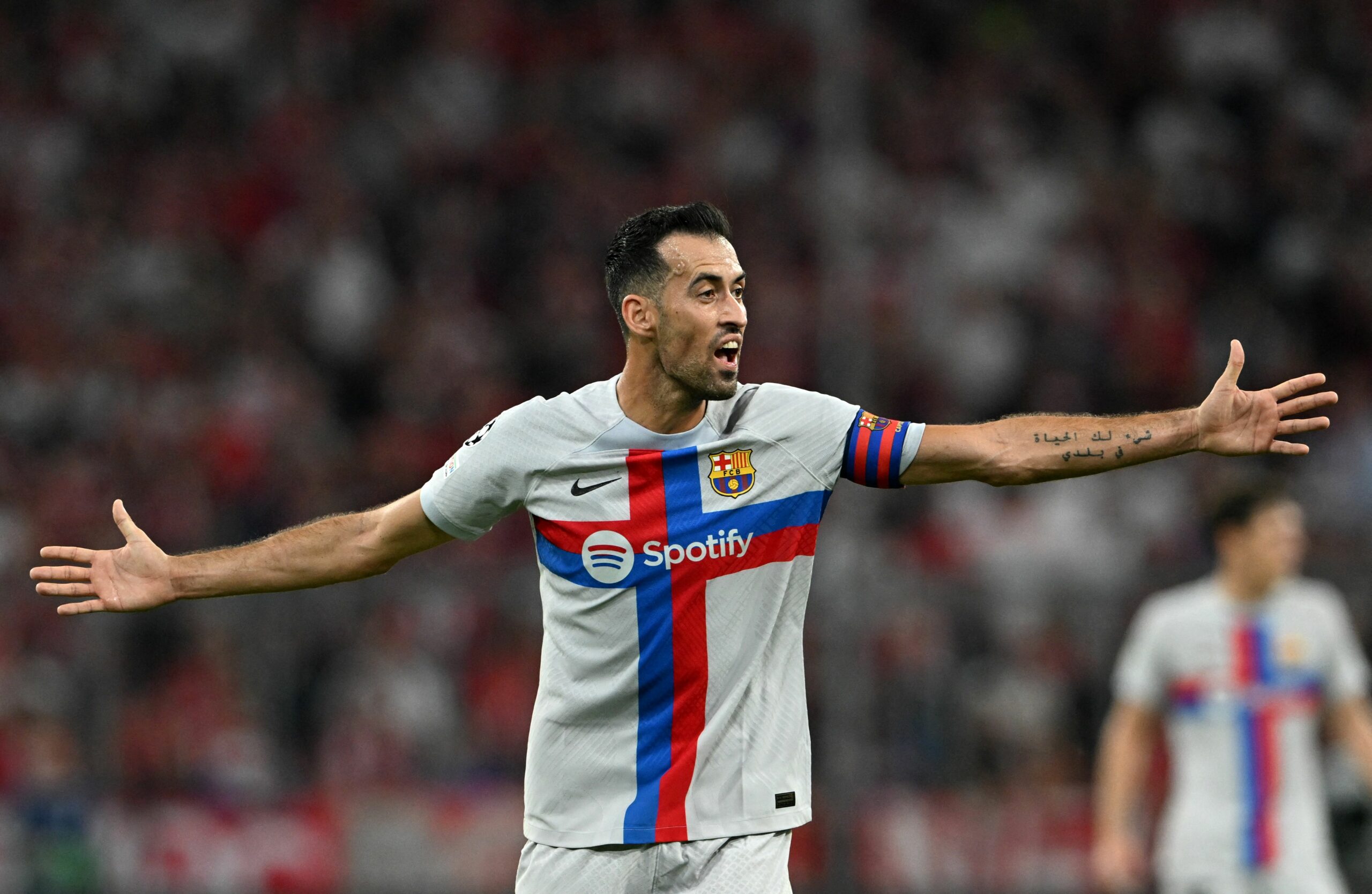 Barcelona midfielder Sergio Busquets has been tipped to leave next summer when his contract runs out.

The 35-year-old may well be at the end of his career, but he continues to be the spine of the midfield for both club and country.

No player has ever come close to displacing Busquets, who was instrumental in Spain’s World Cup triumph in 2010 and European Championship success two years later.

He has also won numerous major trophies with Barca.

According to Marca, Xavi is keen on two names as the potential heir for Busquets – Martin Zubimendi of Real Sociedad and Wolverhampton Wanderers’ playmaker Ruben Neves.

Xavi is a huge admirer of Zubimendi, who is homegrown and has progressed through the ranks at La Real.

The 23-year-old has become a pivotal player in Immanol Alguacil’s side, who have been punching above their weight in recent years – finishing in European spots for three consecutive seasons.

Zubimendi also recently put on an impressive display in a memorable win over Manchester United at Old Trafford in the Europa League.

The Spaniard’s contract with La Real runs until 2025, and he also reportedly holds a release clause worth €60 million.

Unlike Zubimendi, Barca would face tough competition for Neves, who has grown into one of the best midfielders in the Premier League.

Arsenal, Manchester United and Barca tried to recruit him in the summer transfer window, but Wolves’ high valuation put them off.

The Portuguese international’s contract expires in 2024. If he opts against an extension, Barca could have a great chance to sign him for a cut-price fee next summer.

It looks clear that Xavi wants to usher in a new era, having already ousted seasoned campaigners Gerard Pique and Jordi Alba this season.