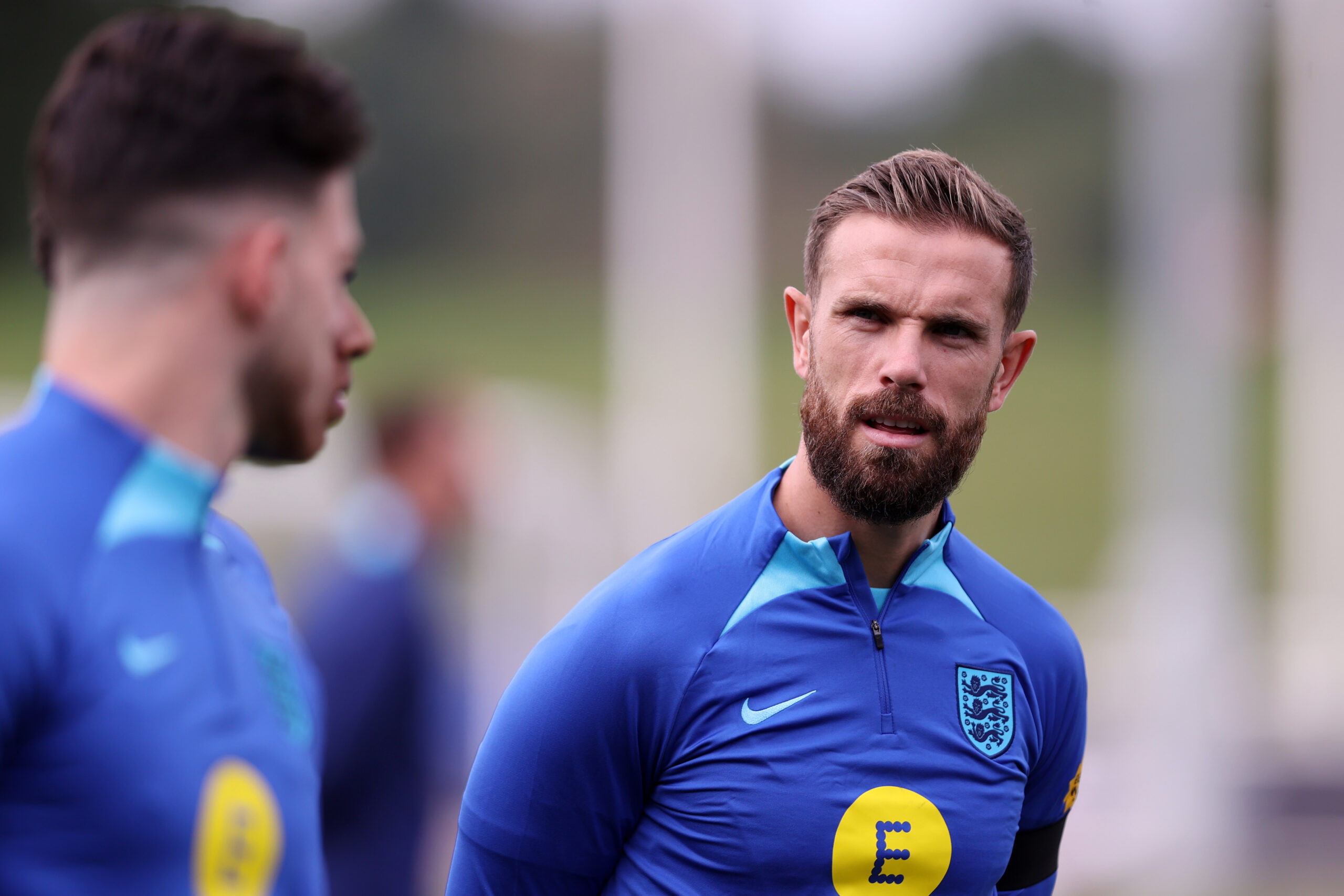 England have added Liverpool midfielder Jordan Henderson to their Nations League squad as a replacement for Kalvin Phillips, according to the Three Lions’ official website.

Initially missing out on Gareth Southgate’s list due to injury, Henderson will now join the camp in place of Phillips, who withdrew from the squad due to a shoulder injury.

Henderson missed three consecutive games after picking up a hamstring injury during the 2-1 win against Newcastle United. He has recovered completely now.

Southgate’s side face Italy and Germany in the Nations League this weekend. They are currently bottom of their group and in danger of relegation.

Henderson’s inclusion will only strengthen an already top-class midfield. However, he is unlikely to be used Southgate given he has only just returned to full fitness.

The 32-year-old’s return is vital for Jurgen Klopp, who has endured a turbulent start to the new season with Liverpool.

The Merseysiders are currently eighth in the Premier League table and have picked up only one win in the Champions League.

Klopp will be hoping for a fresh start after the international break as the Reds face Brighton & Hove Albion on October 1.

Calvin Ramsay, Ibrahima Konate and Caiomhin Kelleher are also expected to return for the clash against the Seagulls.