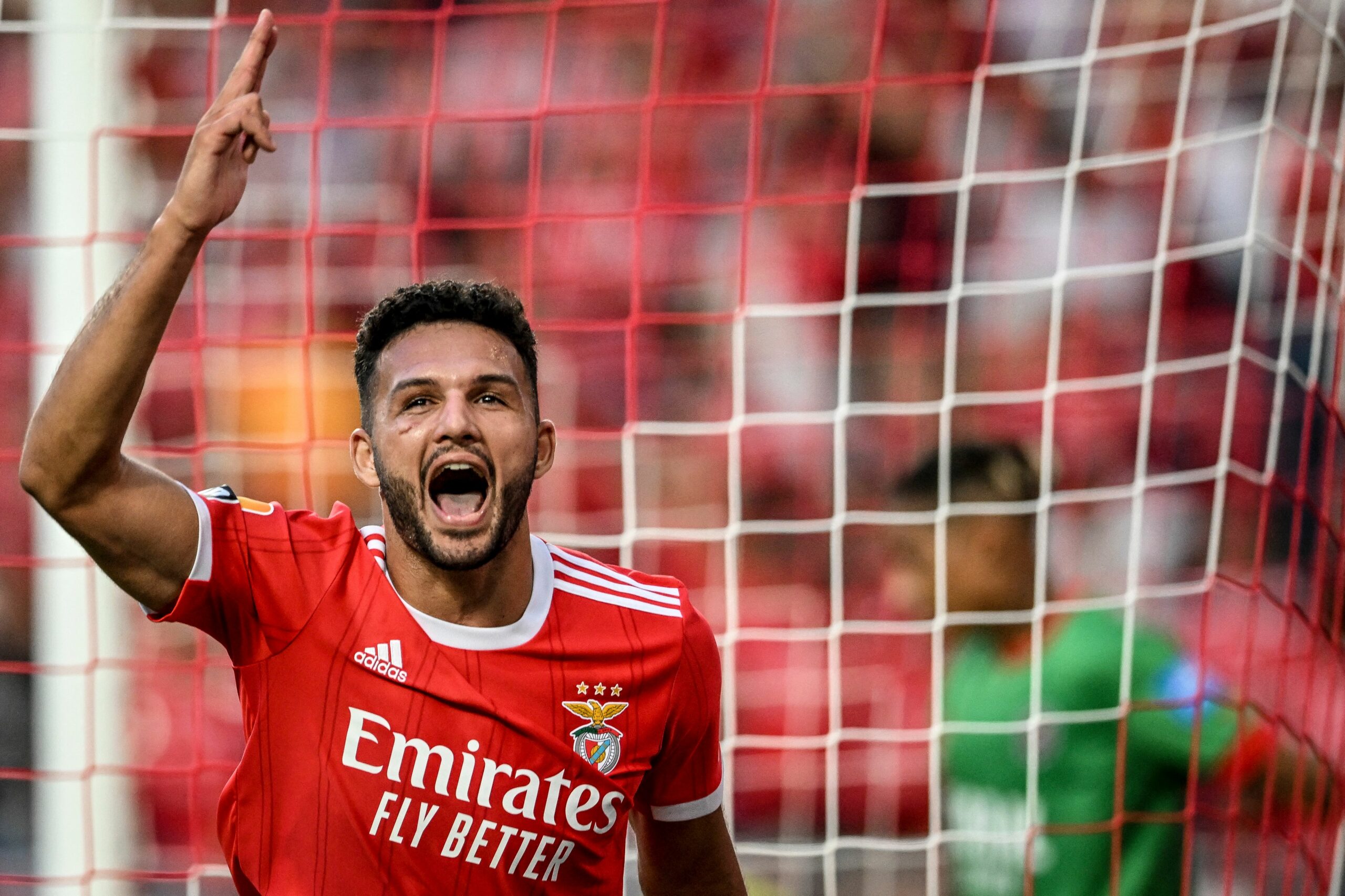 Manchester United are interested in signing highly-rated Benfica striker Goncalo Ramos, according to an exclusive report from the Sun.

However, Erik ten Hag failed to sign a centre-forward, which could impact their hopes of success this season.

However, he was absent in the last two games due to a muscle injury. He is likely to be fit after the international break and return to action for the derby against Manchester City.

Anthony Martial has been sidelined since August owing to an Achilles injury, and his recovery could be longer than expected.

Cristiano Ronaldo has fallen down the pecking order, enjoying only limited minutes this season.

The Portuguese superstar looks like a shadow of his former self. His decline shows that he can no longer be the difference maker in United’s attack.

Ten Hag wants to reinforce the attack by adding top-class strikers this January or next summer, with Benfica’s Ramos on the wishlist.

The Portuguese striker has been in sublime form this season, netting ten goals and five assists in all competitions.

He was pivotal behind Benfica’s qualification for the Champions League, racking up four goals and two assists in the qualification play-offs.

United must fend off Newcastle United and Bayern Munich, who are also keeping tabs on the 21-year-old.

Although he is rated at £25m, his stock could rise if he continues his impressive form throughout this season.

A January move looks highly impossible as Benfica wouldn’t look to part ways with Ramos midway through the season.

United’s transfer budget could also be limited in the winter transfer window after a high spending spree this summer.