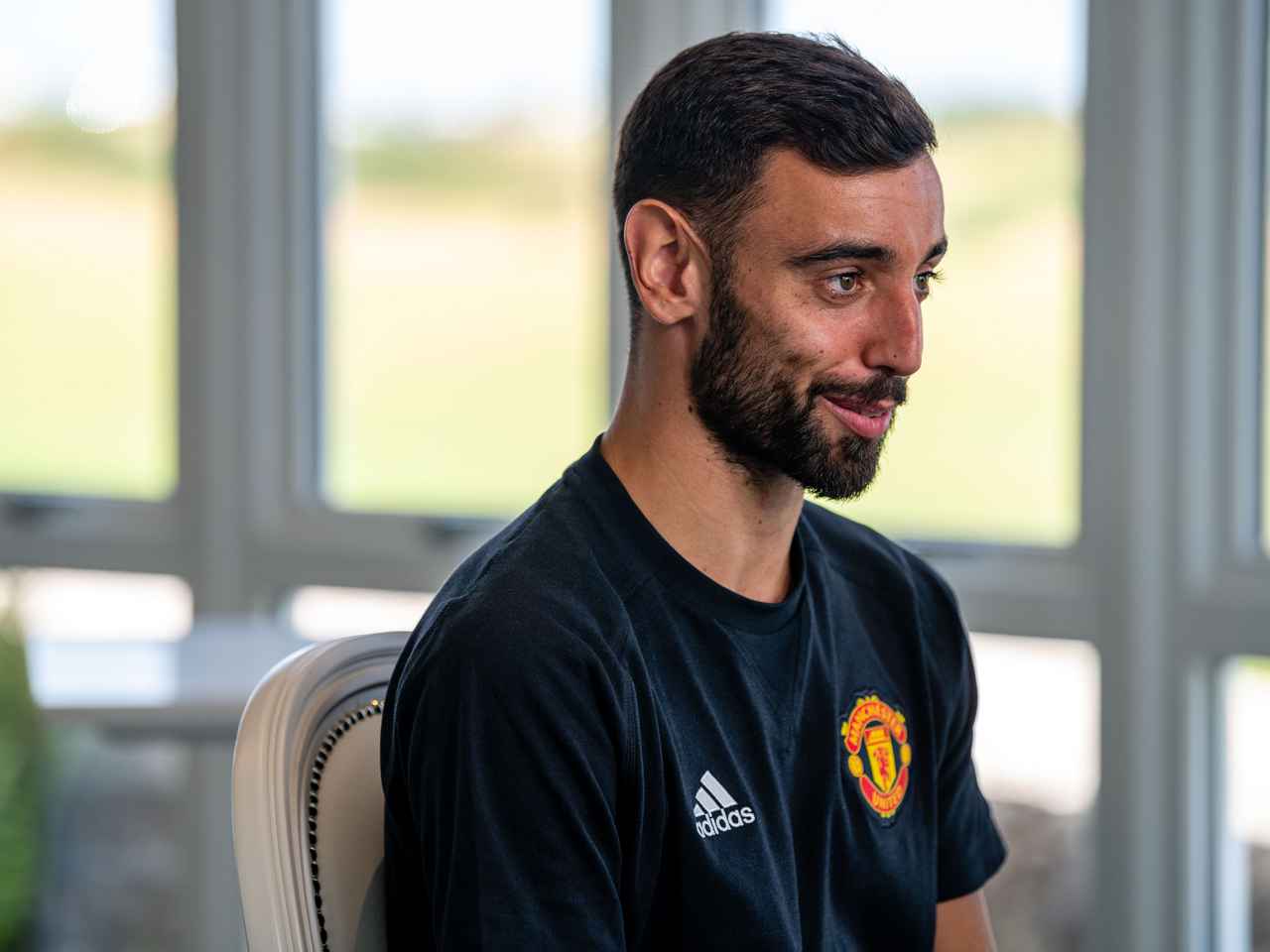 Manchester United midfielder Bruno Fernandes has opened up on the team’s woeful start to the season.

The Reds were awful last season. They finished sixth in the Premier League, just two points above West Ham United, who secured a spot in the Europa Conference League.

There was a renewed sense of optimism when Ralf Rangnick was replaced by Erik ten Hag, and the Red Devils had a somewhat impressive pre-season campaign under the Dutchman.

However, they started the season as they ended the last, suffering back-to-back defeats against Brighton & Hove Albion and Brentford.

The defeat at Brentford saw United go 4-0 down inside the first 35 minutes of the game, and it was clear that the team had yet to regain their lost confidence.

Speaking to The Athletic, Fernandes explained the reason for United’s early season collapse.

“You could feel it between us, between the fans, in the atmosphere, that it was like getting back to the past,” he said.

“Everyone felt that the confidence was low again. Everyone was a little – not afraid – but not feeling the best to take the ball. I felt sometimes like it was the ghosts from the past.

“Then Brentford was even worse. We conceded a goal from nothing, and all of a sudden, you could see the energy of the team was low, the confidence was low.

“Confidence in football is not everything but almost everything. When you have the confidence of your teammates, your coach, the fans, it is really important because sometimes on the pitch, when you miss a pass and everyone is.

“You can feel it in that moment. But when you miss a pass and react quickly, you see the fans appreciate it, so for us, it is about having the confidence that we are capable of doing something.

“When I talk about the ghosts of the past, I mean that we felt in the past that every time we miss a pass or something, we were letting someone down, so you start missing more. Instead, you must think, ‘I have to try’.”

“I know that because I have had more than 400 games in my career. I have had bad games, really good games, and normal games. It is about understanding what you have done well in the good ones to keep having them and to shake off doubts about your performance.

United are still finding their way under Ten Hag, but their performances and results have improved since the loss to Brentford.

They have since embarked on a four-game winning streak in the Premier League, beating Liverpool, Southampton, Leicester City and Arsenal.

They suffered a setback in their Europa League Group E curtain raiser when they lost 1-0 to Real Sociedad but immediately got back on track with a 2-0 win over Sheriff Tiraspol.

Speaking on United’s rejuvenation, Fernandes heaped praise on Ten Hag for instilling confidence and belief into a side that once looked lost.

“First of all, he has an idea,” he added. “He has a style. You have to follow his rules. He is strict on that. And I like that. He has brought discipline, which is something I think we missed in the past. Everyone must be on the same page.

“That is what Pep (Guardiola) and (Jurgen) Klopp have been doing for years because they have stability in the club and in the way they choose the transfer market and build the team, which is really important for them to get the rewards.

“I saw the manager say in a press conference that we do not want to bring players just for the sake of it. We want to bring the right players for what we want to do. It is something the club needs.

“We still have a margin to improve, and he needs time to get the most out of us with his idea of playing. I believe we will get to the point with him where we are established as a team, and everyone is on the same page.”

United’s four-game winning streak in the Premier League was halted by the postponement of league games due to the death of the Queen.

Their first chance to extend that winning run comes at the home of reigning champions Manchester City next month.