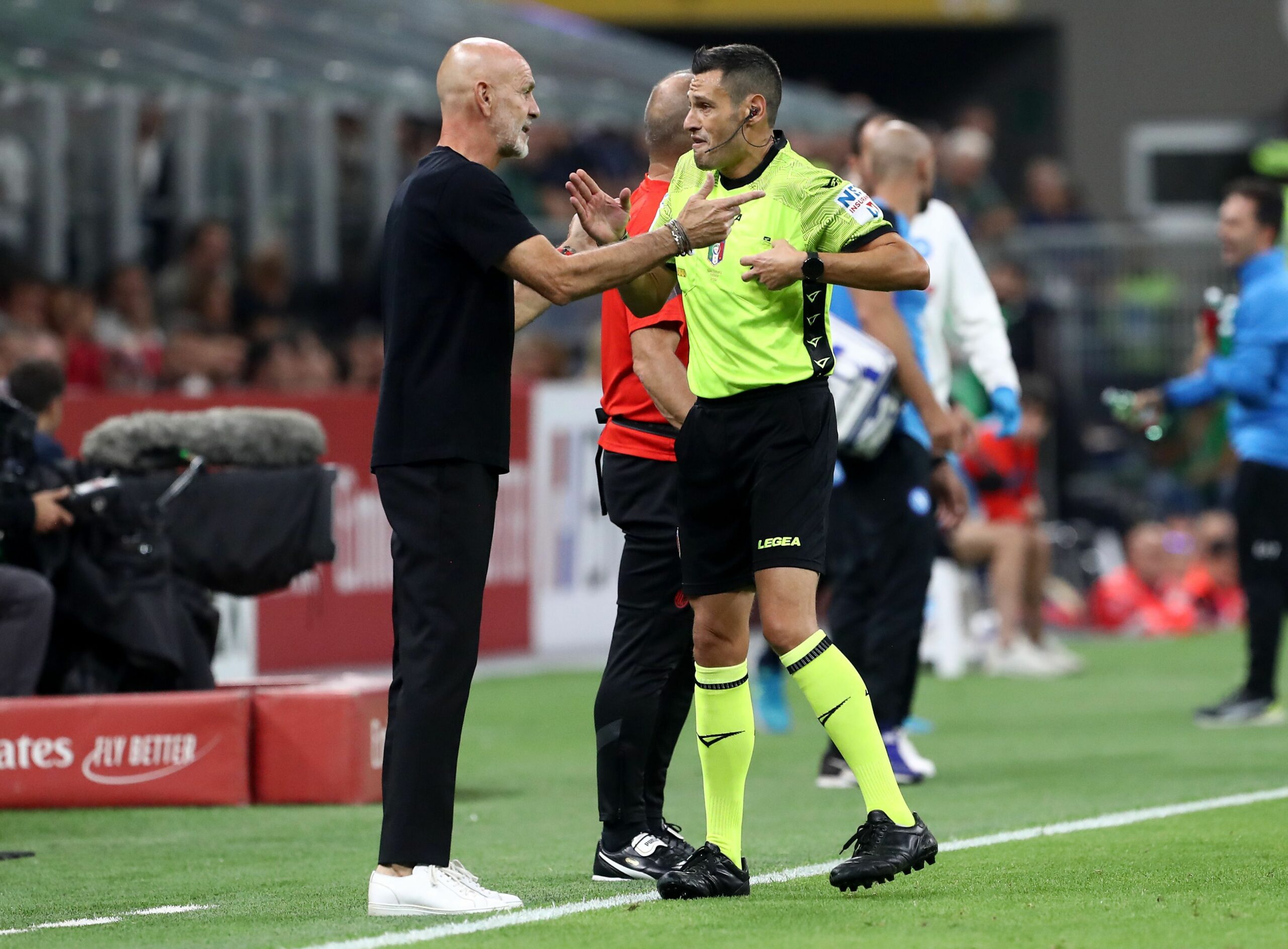 AC Milan suffered a 2-1 defeat against Napoli in Serie A at the San Siro last night.

The expectations were high as the two sides headed into the game unbeaten in Serie A this season, and a win could move them to the top spot.

Matteo Politano opened the scoring for the visitors from the penalty spot following Sergino Dest’s foul on Khvicha Kvaratskhelia.

The defeat denied Milan top spot in the table while ending their 22-match unbeaten streak.

Milan looked the better side and created more chances, as highlighted by their statistics of 22 attempted shots against Napoli’s nine.

Despite Rafael Leao’s absence, Milan dominated the game against the Partenopei, who are turning out to be one of the most dangerous sides in Europe this season.

However, their lack of productivity in the final third proved costly in the end.

Milan manager Stefano Pioli expressed his disappointment, stating that his side shouldn’t have lost the game considering the number of chances they created.

Pioli said (h/t Football Italia): “I am not satisfied at all and neither should my players be. We only scored one goal, which isn’t enough for all that we created.

“It’s disappointing because nights can happen when the opponents play better, but in this case we really shouldn’t have lost.

“I hope we will learn from this to be more clinical in front of goal because we did everything right except for errors and a lack of determination in both penalty areas.

“I might come here and say I was very happy because we played better than Napoli and created lots of chances, but seeing as we were the only side unbeaten in Europe’s top five leagues for 22 rounds, longer than Bayern Munich, Manchester City and Real Madrid, it’s a shame to lose it with a performance like that.”