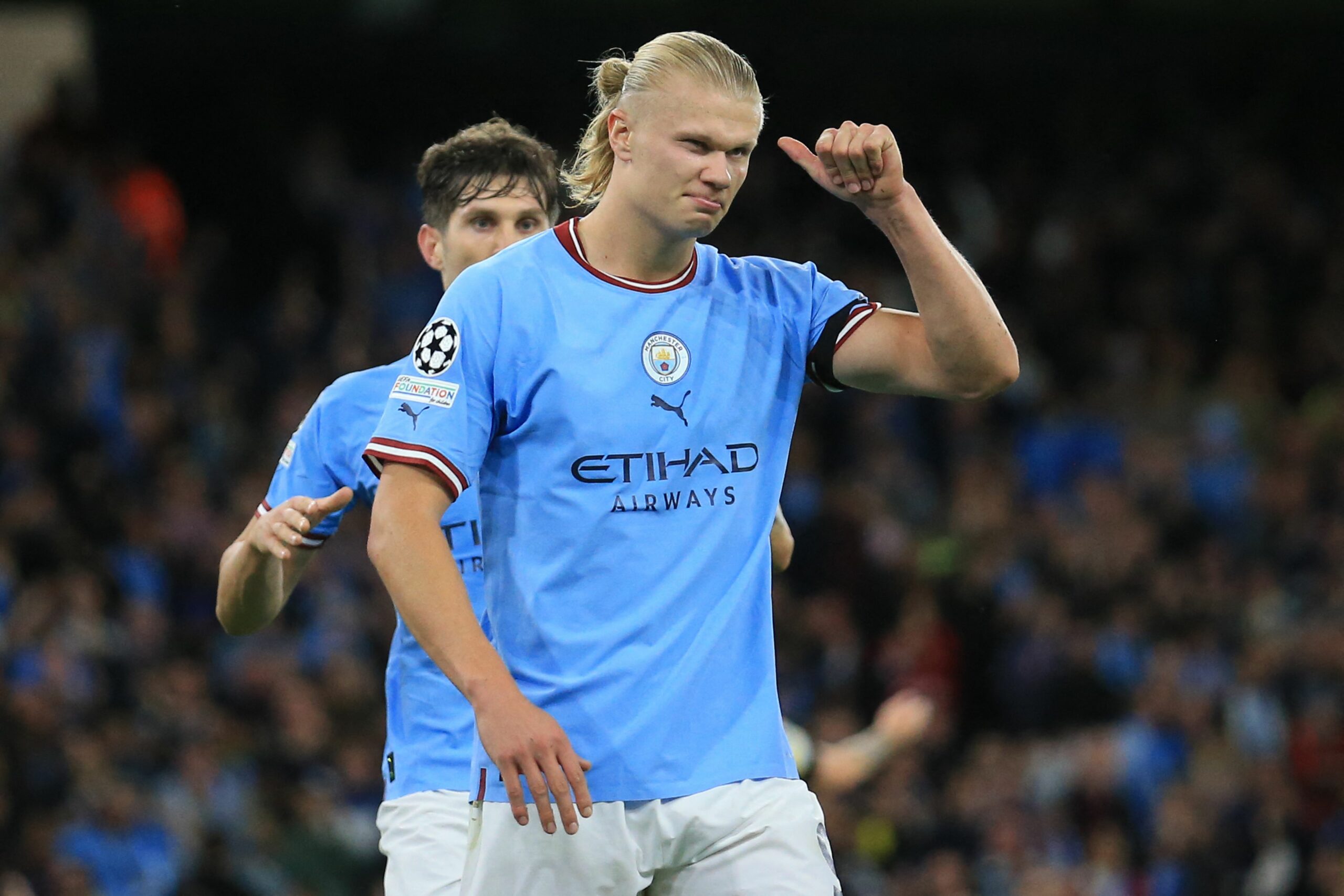 Eight teams have a 100 percent record after two games and are well-positioned to book their place in the round of 16.

They include Manchester City and Bayern Munich, who are rated as the favourites to contest the final next June.

That’s according to the latest data from FiveThirtyEight, which ranks them ahead of Paris Saint-Germain, Liverpool and Real Madrid.

City have a 36% chance of reaching the final after defeating Sevilla and Borussia Dortmund in their first two games in Group G.

Pep Guardiola’s side are unbeaten during the current campaign and could be tough to stop with prolific striker Erling Braut Haaland in their ranks.

Bayern are just behind City with a 33% chance of contesting UEFA’s showpiece game following victories over Inter Milan and Barcelona in Group C.

FiveThirtyEight’s data rates PSG and Real Madrid as the other teams most likely to reach the semi-finals this season.

Both teams have collected six points from their two Champions League games and will fancy their chances of progressing to the latter stages of the competition.

Liverpool are also ranked as one of the teams most likely to make it to the last four despite their disappointing performances in their first two group games.

The early stages of this season’s Champions League has seen a couple of Europe’s biggest clubs fail to live up to expectations.

Chelsea have picked up just one point from their first two games in Group E, while Juventus are bottom of Group H after losing both their matches.

Having been amongst the front-runners in the outright betting market before a ball was kicked, both teams are in danger of an early exit from the competition.