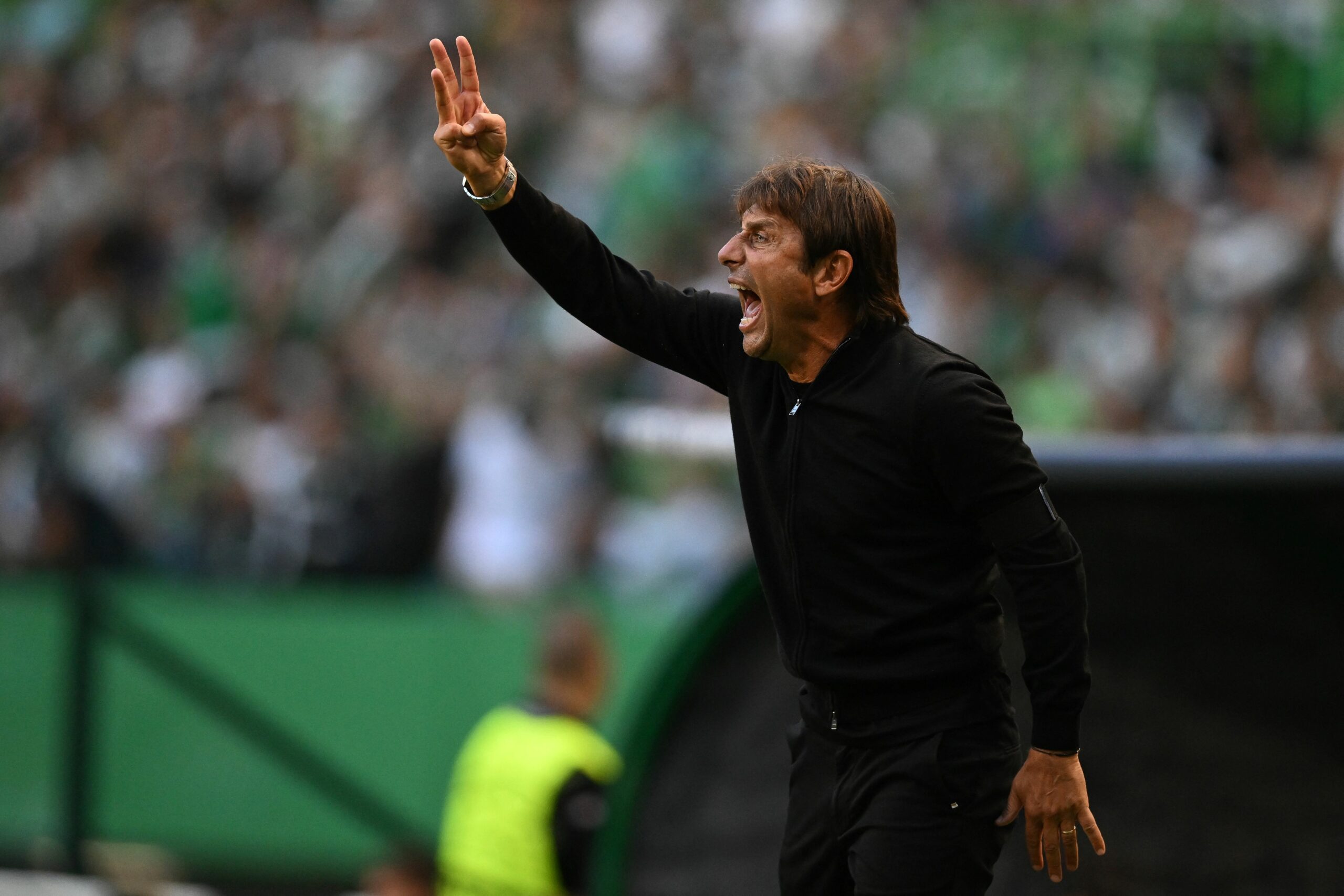 A handsomely-looking match-up between Tottenham Hotspur and Leicester City in north London will serve to round off Saturday’s Premier League action.

Spurs bid farewell to their unbeaten 2022/23 start on Tuesday as they conceded two stoppage-time goals in a demoralising 2-0 Champions League defeat at Sporting Lisbon.

Ready for another quickfire turnaround after the postponement of last weekend’s Premier League fixtures, Antonio Conte’s side can win their seventh consecutive league match at the new stadium for the first time.

Following Tottenham’s midweek capitulation in Lisbon, Conte vowed to rotate his midfield players in the upcoming matches during an interview with football.london.

With competitive outings coming thick and fast for Spurs these days, fatigue may pose a threat to their bid to keep up with the leading Premier League duo Arsenal and Manchester City.

Visiting Leicester will be desperate to take advantage of Tottenham’s congested fixture schedule to pick themselves up from an embarrassing league start.

Pinned to the bottom of the table, the Foxes have lost five Premier League games in succession since an enthralling 2-2 home draw with Brentford on the opening weekend.

Leicester’s abysmal form stands as their worst league start to a league season in any division since the beginning of the Premier League era, with Brendan Rodgers’ future at the King Power Stadium hanging by a thread.

Spurs have come out victorious in seven of their previous nine Premier League clashes against Leicester, including a hat-trick of triumphs in their three most recent league duels.

That form promises another domestic success for Tottenham after they won three of their last four top-flight fixtures (D1) to come within a single point deficit of pacesetters Arsenal.

Eyes will be on Harry Kane, who has scored a career-high 19 competitive goals against Leicester, 17 of which came in the Premier League.

Leicester make this journey to the nation’s capital amid rumours that chairman Aiyawatt Srivaddhanaprabha is considering Rodgers’ immediate future.

With Rogers experiencing his longest-ever losing streak in the Premier League as a manager and the Foxes risking suffering six straight top-flight defeats for the first time since 2014, the Northern Irishman may have reached the ‘make or break’ point.

Mental fortitude has not been Leicester’s strong suit in 2022, as they’ve dropped a whopping 24 points from winning positions this calendar year, at least eight more than any other team.

Spurs vs Leicester, alongside all other fixtures in England’s top flight, is available to watch online via Premier League live streams. And if you are interested in attending a future Premier League game, check our Premier League tickets page for more information.

Connoisseurs of action-packed football will look forward to this encounter as five of the last six halves of football between Tottenham and Leicester saw both teams score.

But Spurs should be running away with all three points, potentially at the expense of Rodgers’ position in the East Midlands.