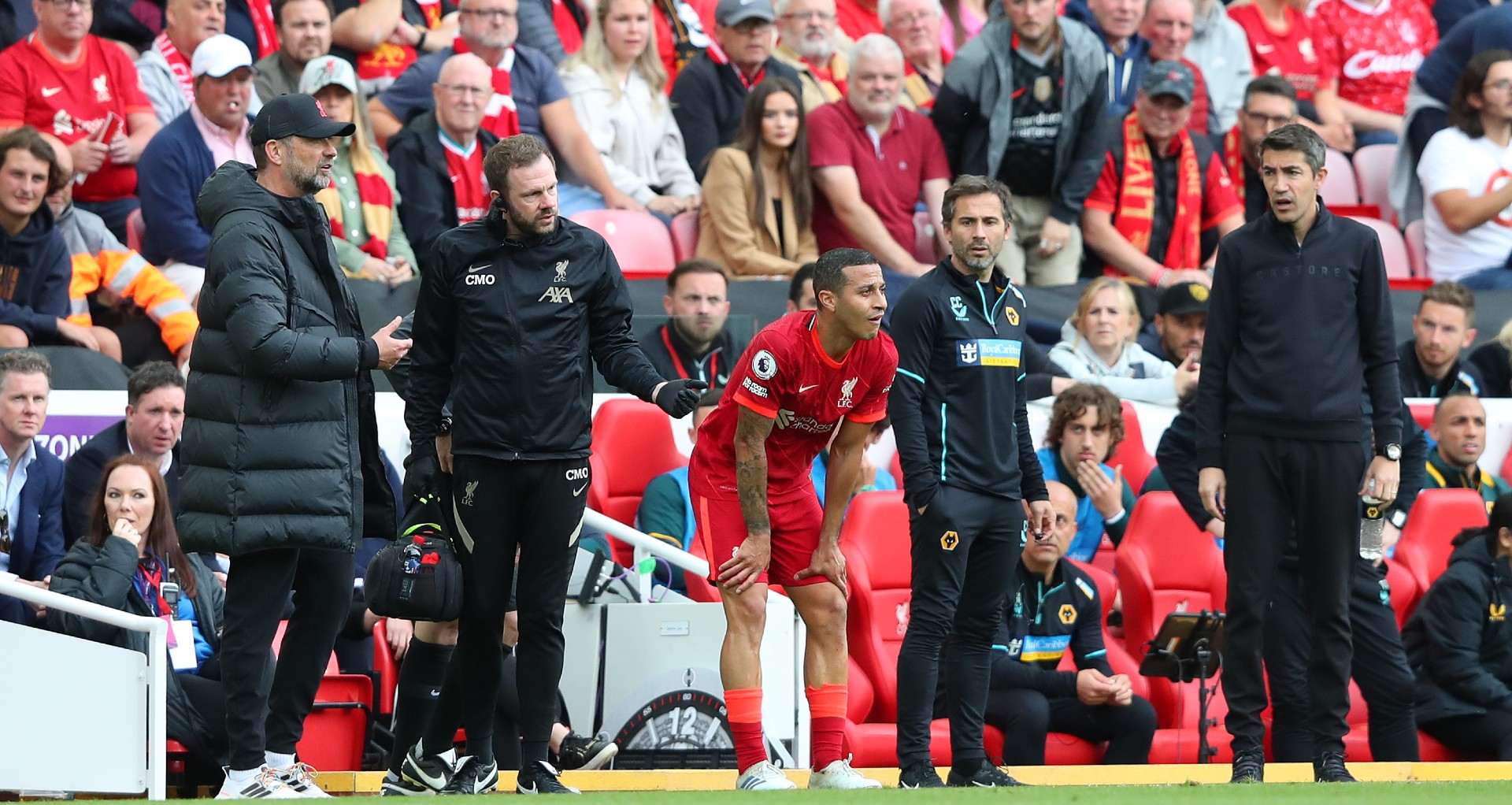 Liverpool have needed to refresh their midfield for some time now but failed to make any significant moves during the summer transfer window.

The Reds made a play for Aurelien Tchouameni, but the former Monaco and Bordeaux star joined Real Madrid.

Owners Fenway Sports Group (FSG) are not noted for splashing the cash unless absolutely necessarily and kept a tight grip on the purse strings.

Liverpool manager Jurgen Klopp admitted they needed to sign a new central midfielder, but only if that player was right for his team.

There were links to a move for Ibrahim Sangare and Matheus Nunes, but nothing materialised. Liverpool signed Arthur from Juventus on loan with an option to buy for £37.5 million on deadline day.

However, after only two weeks at Merseyside, Klopp has reportedly not been impressed by the Brazilian international and has decided not to sign him permanently.

Harvey Elliott and Fabio Carvalho are promising youngsters, but need to be used sparingly.

Liverpool’s midfield is a cause for concern, especially after their early season form. The January transfer window presents another opportunity for sporting director Julian Ward to sort things out.

Here are three inexpensive options Liverpool could sign to fix their midfield issues.

Youri Tielemans was close to leaving Leicester City this summer, but the Belgian midfielder stayed. Arsenal were reportedly keen on him, but they could not complete a deal.

The 25-year-old is in the last year of his contract with the club, and the Foxes could consider selling him in January to avoid losing him for nothing by summer.

Leicester City asked for around £35 million from Arsenal to sell Tielemans.

He would add control and creativity to Liverpool’s midfield. Tielemans is also a very durable operator. He has played over 430 games since making his debut for Anderlecht.

Despite the links, Tielemans has been impressive for Leicester this season, creating four big chances in six appearances.

Klopp needs a midfielder like Tielemans in his ranks.

Ugarte is having an impressive season for Ruben Amorim’s side. The 21-year-old looks like a seasoned veteran in the Champions League.

Ugarte was a monster in the midfield as Sporting defeated Tottenham Hotspur. He won all his aerial duels and 70% of his ground duels. He recovered the ball four times and made four interceptions.

Ugarte was also outstanding against Eintracht Frankfurt in the opening Group D encounter. He recorded the most touches (95), most duels won (17), most possession won (14), most tackles made (10) and most fouls won (4). Ugarte also completed the most take-ons.

Ward knows the Portuguese market well, as he signed Luis Diaz and Darwin Nunez, and will have seen what the Uruguayan can do. Ugarte would add steel and drive to Klopp’s midfield.

Despite having a contract that runs until 2026, Liverpool could snap him up in January for a decent fee.

Lyon midfielder Houssem Aouar would add guile and penetration to any team he joins. The central midfielder is silky and elusive.

Aouar is good at linking midfield to attack and could be a worthy option for Klopp.

The 24-year-old has not lived up to his early billing due to injuries and inconsistency, but there is a very talented midfielder there that Klopp could use. His valuation of around £12 million makes him a tempting option.

Aouar was linked to several clubs this summer, including Nottingham Forest and Benfica. Leicester considered him an option to replace Tielemans, but Aouar stayed in France.

Aouar’s professionalism in training reportedly led the club to offer him a new contract, but it is unclear if he will sign.

He could cover for the injury-prone Thiago.