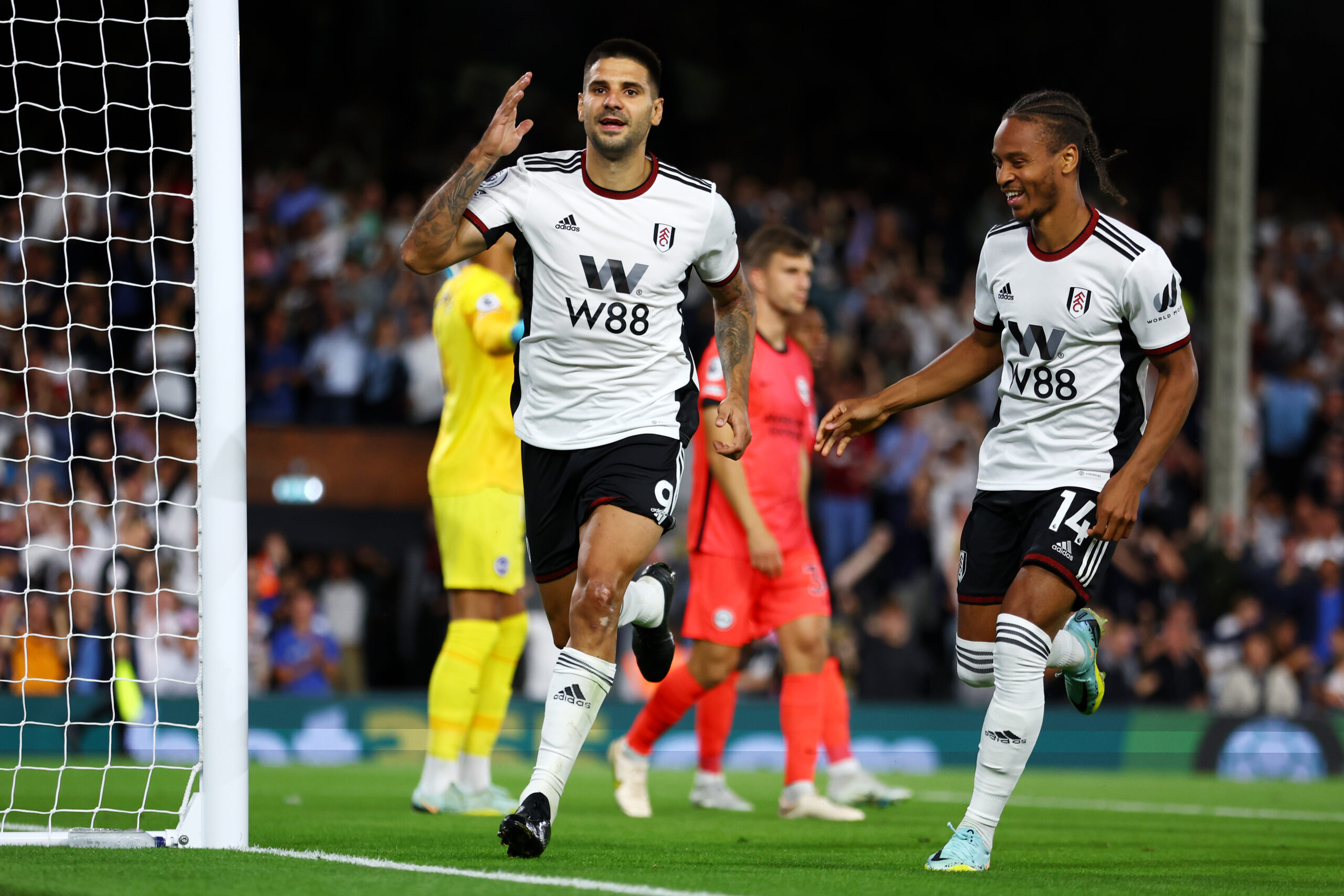 City Ground forms the backdrop as Nottingham Forest and Fulham meet in their first-ever Premier League encounter on Friday evening.

Keen to avoid a swift return to the EFL Championship a year after they secured their first Premier League promotion in the 21st century, Forest were the most eventful English side in the summer transfer window.

After making the most signings of any British club in one transfer window (22), it’s no big surprise that Steve Cooper’s new-look team needs time to gel.

The Tricky Trees have suffered three consecutive league defeats coming into this round and are stuck in the drop zone, albeit level on points with 17th-placed Aston Villa.

Unlike Forest, their fellow promoted rivals Fulham have had an indifferent six-match Premier League start (W2, D2, L2) and are currently safe in mid-table comforts.

Led by the second-best Premier League goalscorer Aleksandar Mitrovic, the Cottagers have scored in four successive league outings, including a 2-1 defeat at Tottenham Hotspur last time out.

Marco Silva’s men will hope to bounce back at the City Ground and potentially take home all three points from a Premier League travel for the first time this season (D1, L2).

In an interview with The Independent, Forest boss Cooper played down recent speculation linking him with the vacant Brighton & Hove Albion job, boosting the home side’s spirits ahead of this fixture.

However, the hosts will need much more than Cooper’s commitment to the job to arrest a two-game losing streak at the City Ground after turning a 2-0 half-time lead into a 3-2 defeat to Bournemouth last time out.

Despite adding numerous defenders over the summer, including Moussa Niakhate, Serge Aurier and Willy Boly, the Tricky Trees are the only Premier League side to have faced 100+ shots this term.

That’s worrying for Cooper as his men are about to take on free-scoring Mitrovic, who has scored in his last four Premier League appearances.

Visiting Fulham will take the field in high spirits after winning their last three league matches at the City Ground via an aggregate score of 8-1.

Mitrovic scored a second-half double to fire the Cottagers to a 4-0 win at this venue last season and will be keen to replicate that performance as Silva’s lads aim to defy their ‘Friday Premier League hoodoo.’

Last season’s Championship winners have won none of their last five top-flight outings on Friday (D1, L4). On top of that, they’ve gone winless in all four competitive away matches this season (D1, L3).

Forest vs Fulham, alongside all other fixtures in England‘s top flight, is available to watch online via Premier League live streams. And if you are interested in attending a future Champions League game, check our Champions League tickets page for more information.

With Forest yet to find their rhythm, we back Fulham to claim their first Premier League away win of the season.