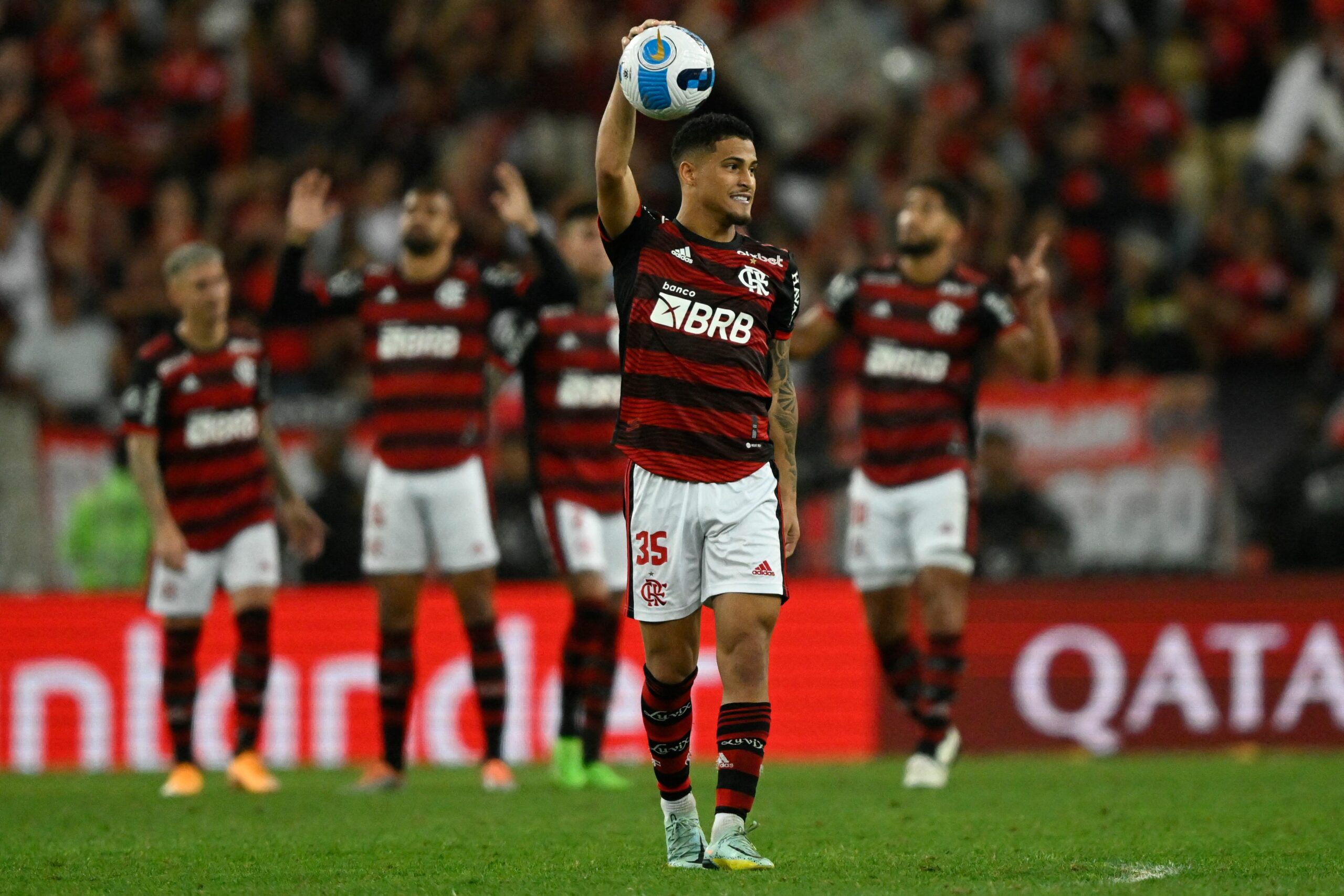 Reinforcing the midfield is a top priority for Jurgen Klopp. The Reds have been hit by injuries, while Naby Keita, Alex Oxlade-Chamberlain and James Milner have entered the final year of their contracts.

Borussia Dortmund midfielder Jude Bellingham is their top target, but they could face tough competition from a host of European giants.

Liverpool are now looking at potential alternatives, with Gomes and Nunes emerging as the latest targets.

According to Brazilian Journalist Julio Miguel Neto, the Reds are planning to submit an offer to Flamengo for Gomes, who is considered one of the top prospects in Brazil.

The 21-year-old has racked up more than 100 appearances for his boyhood club, winning the Brazilian league title in 2020 and Supercopa do Brasil the following year.

Although he can play as a central midfielder, his preferred position is number 6, meaning he could be an understudy to Fabinho or even his potential successor.

As per UOL, Liverpool are also keeping tabs on Nunes, who moved to Wolves this summer in a club-record deal.

The former Sporting Lisbon midfielder was on the radar of the Merseysiders during the summer transfer window before Wolves snapped him up.

It remains to be seen whether they would be willing to sell their prized asset after just one season.