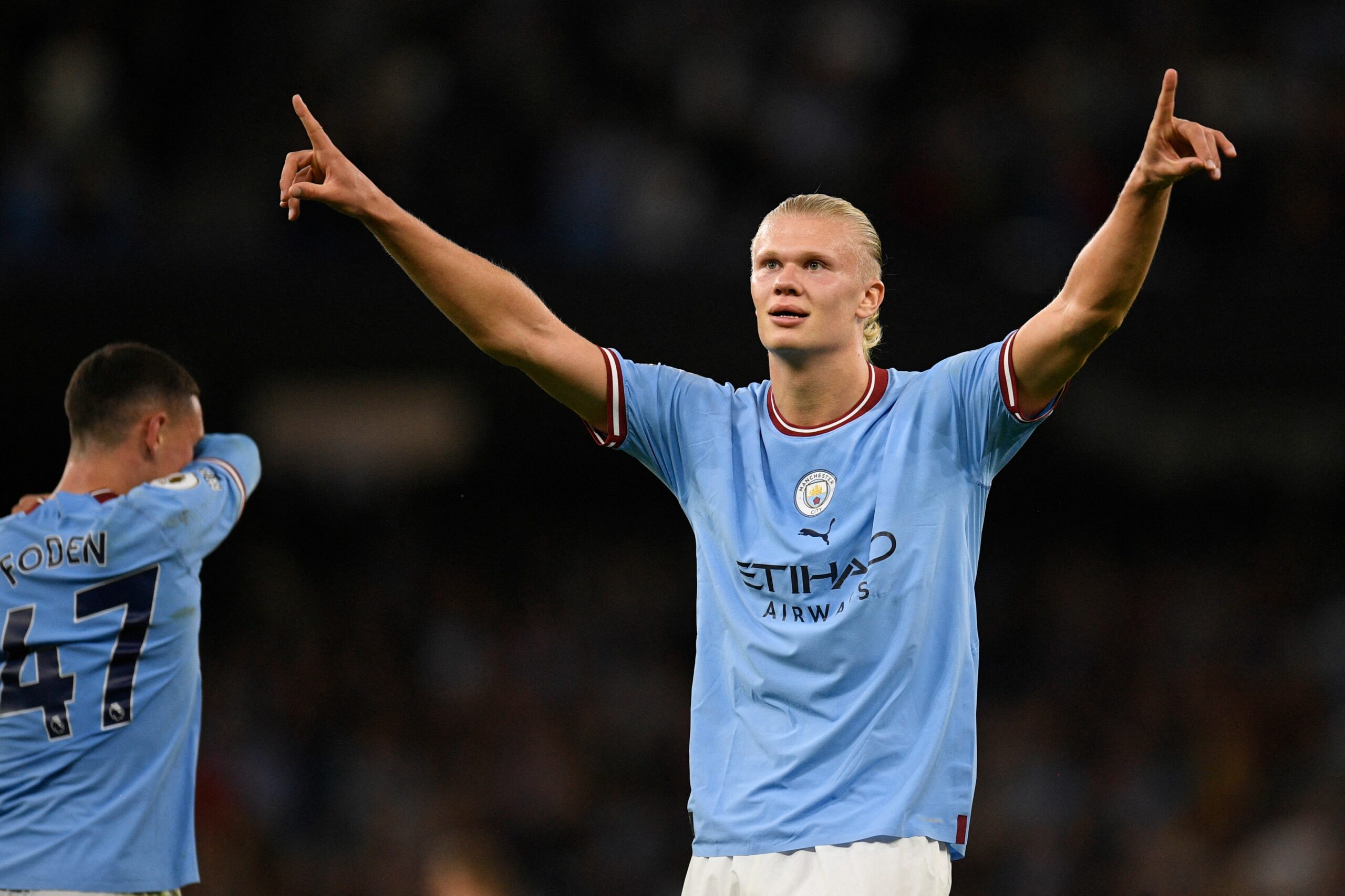 Erling Braut Haaland has been selected as the Premier League’s Player of the Month for August.

Haaland made his league debut for the Cityzens in their opener against West Ham United, and he didn’t disappoint.

He won and converted a penalty in the first half, and finished from Kevin De Bruyne’s through ball after the break to double his side’s advantage.

Bournemouth managed to keep him quieter during the following weekend, although he still managed to grab himself an assist for Ilkay Gundogan’s opener. And he was back among the goals on their next away trip, slamming home from close range against Newcastle United.

But it wasn’t until match four that he really came alive. In a home clash with Crystal Palace, he nodded in from close range from Phil Foden’s cross to equalise.

He then put Man City ahead with a tap in, and completed his hat-trick after muscling off two defenders and finding the bottom corner.

Just four days later, he took home another match ball, this time with a treble against Nottingham Forest. He poked Foden’s cross home at the near post, tapped in after a fortunate bounce, and headed in from close range from John Stones’ square ball.

Haaland ended the month with nine goals and one assist. This has given him a healthy lead in the race for the Golden Boot, putting him four ahead of Aleksandar Mitrovic in second.

The Norwegian has taken his excellent form into September, adding another four goals in three outings in all competitions.

He netted a brace in the Champions League against Sevilla and followed this up with strikes against Aston Villa and former club Borussia Dortmund.