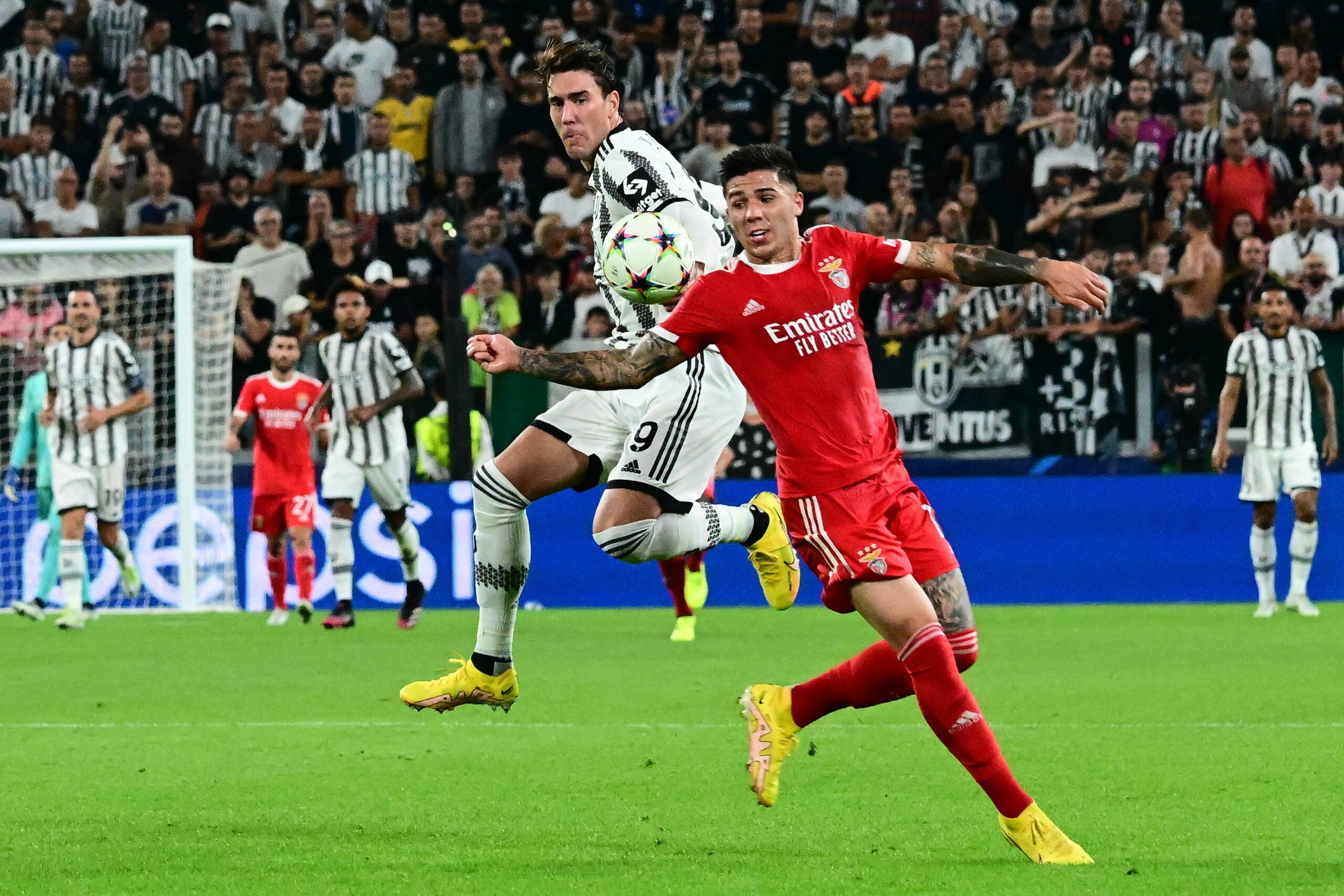 Benfica midfielder Enzo Fernandez, who is reportedly wanted by Wolverhampton Wanderers and Liverpool, produced a sensational display in the 2-1 victory over Juventus in the Champions League.

The 21-year-old was linked with several top clubs during the summer transfer window due to his impressive form at River Plate, but Benfica eventually snapped him up.

The Argentine midfielder is turning out to be a huge coup for Benfica, going from strength to strength this season.

Producing eye-catching displays in Roger Schmidt’s midfield week in and week out, Fernandez is becoming one of the most highly-coveted players in Europe.

Last night’s performance against Juventus was his best yet and a testament to his massive talent.

Benfica went on the backfoot after Arkadiusz Milik opened the scoring for the Old Lady, but goals by Joao Mario and David Neres helped them clinch a superb win.

The real difference maker was Fernandez, who had a night to remember at Allianz Stadium.

He was arguably the busiest player on the pitch, yet he brought flair to the midfield. Defensively a rock, escaping the press at ease, progressive-minded and a goal threat, Fernandez was the complete package last night.

He is in line for a national team call-up for the upcoming friendlies, and if he keeps on performing at this rate, he has a great chance to be part of Lionel Scaloni’s Argentine squad for the World Cup in Qatar.

Wolverhampton and Liverpool must be watching him

Fernandez’s red-hot form suggests that European giants could soon be waging a transfer war for his signature.

Among the interested parties are Liverpool and Wolves, who have identified the former River Plate star as one of their potential targets for the summer of 2023.

Having signed Matheus Nunes from Sporting CP for a club-record fee, Wolves are looking to raid the Portuguese top-flight for another quality midfielder in Fernandez.

Liverpool have been hit by a string of injuries this season and their midfield has looked substandard.

There could be a huge overhaul next summer with Naby Keita, Alex Oxlade-Chamberlain and James Milner entering the final year of their contracts.

Jurgen Klopp wants to bring in a marquee player and has identified Jude Bellingham as the main target. However, the German manager could turn to Fernandez if Bellingham fails to move to Anfield.

Fernandez is currently focused on helping Benfica progress further in the Champions League and will be keeping an eye on whether he will be part of La Albiceleste’s World Cup squad.

It would be no surprise if Benfica end up selling the Argentine prodigy for significantly more money than the €12 million they paid to secure his services.