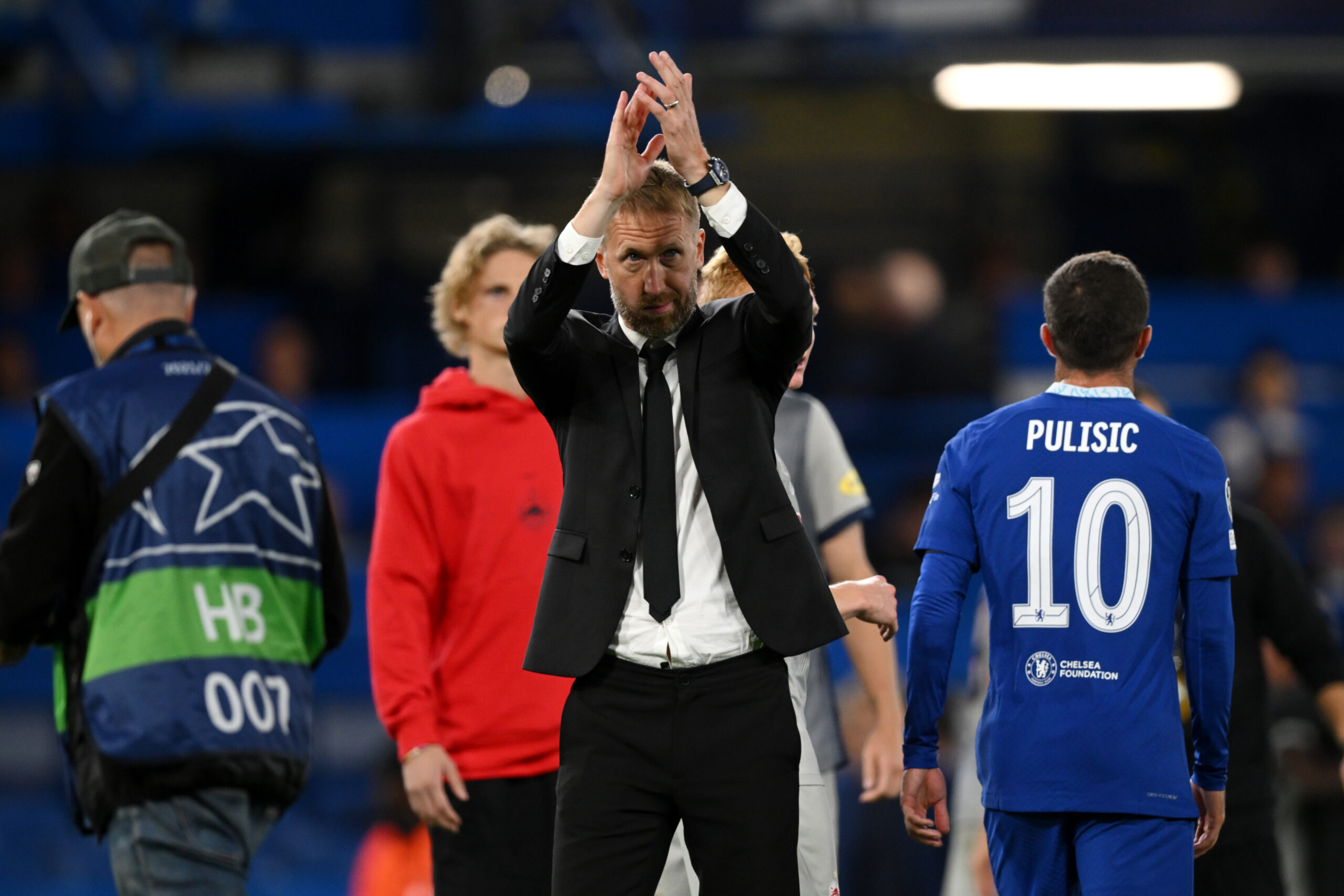 Graham Potter vowed that Chelsea will get better after a disappointing 1-1 draw against Red Bull Salzburg in the Champions League on Wednesday.

The 47-year-old was appointed as the new manager at the Premier League outfit less than a week ago following the sacking of Thomas Tuchel.

However, he failed to make a winning start to his new reign as the Blues were held to a 1-1 draw at Stamford Bridge.

Raheem Sterling registered the first goal early in the second half but Noah Okafor left the bench to pop up with the equaliser late in the game.

Having secured only a single point from two matches, Chelsea are now at the bottom of Group E with AC Milan and Dinamo Zagreb occupying the top two spots.

Despite the disappointing result, Potter was pleased with the performance of his players but he vowed that his side will get better.

He told BT Sport: “We’re disappointed with the result. I thought the boys gave everything. We scored a good goal, but lost a bit in the second half but their goalkeeper has made some good saves.

“It is what it is, we have to dust ourselves down. Personality and application was good, we will get better. We got Raheem in one-on-one situations quite often and the goal was a good result of that.

“It’s always irritating when you concede a goal. Overall the defensive performance was quite good, it’s just the little details we will have to improve.

“It has not been easy for the boys, they have responded to us really well over the last few days and it’s a point we will have to take and get better.

“The attitude has been fantastic, no complaints apart from the fact we haven’t taken three points. We’ll get better.”

Potter is undoubtedly a top manager who did splendid work at Brighton & Hove Albion.

Despite scant resources, he guided the Seagulls to a ninth-place finish in the Premier League table last season and an impressive start this term

However, the English boss has no previous experience of managing a big club like Chelsea.

The 47-year-old could be a success at Stamford Bridge but he will need to turn things around quickly. The recent history of this club suggests they don’t give managers plenty of time.

Tuchel led them to the Champions League crown in the 2020-21 season but they had no hesitation to sack him when performances deteriorated.

The Blues will now return to action against Crystal Palace at the start of next month before locking horns with Milan in a difficult Champions League fixture.