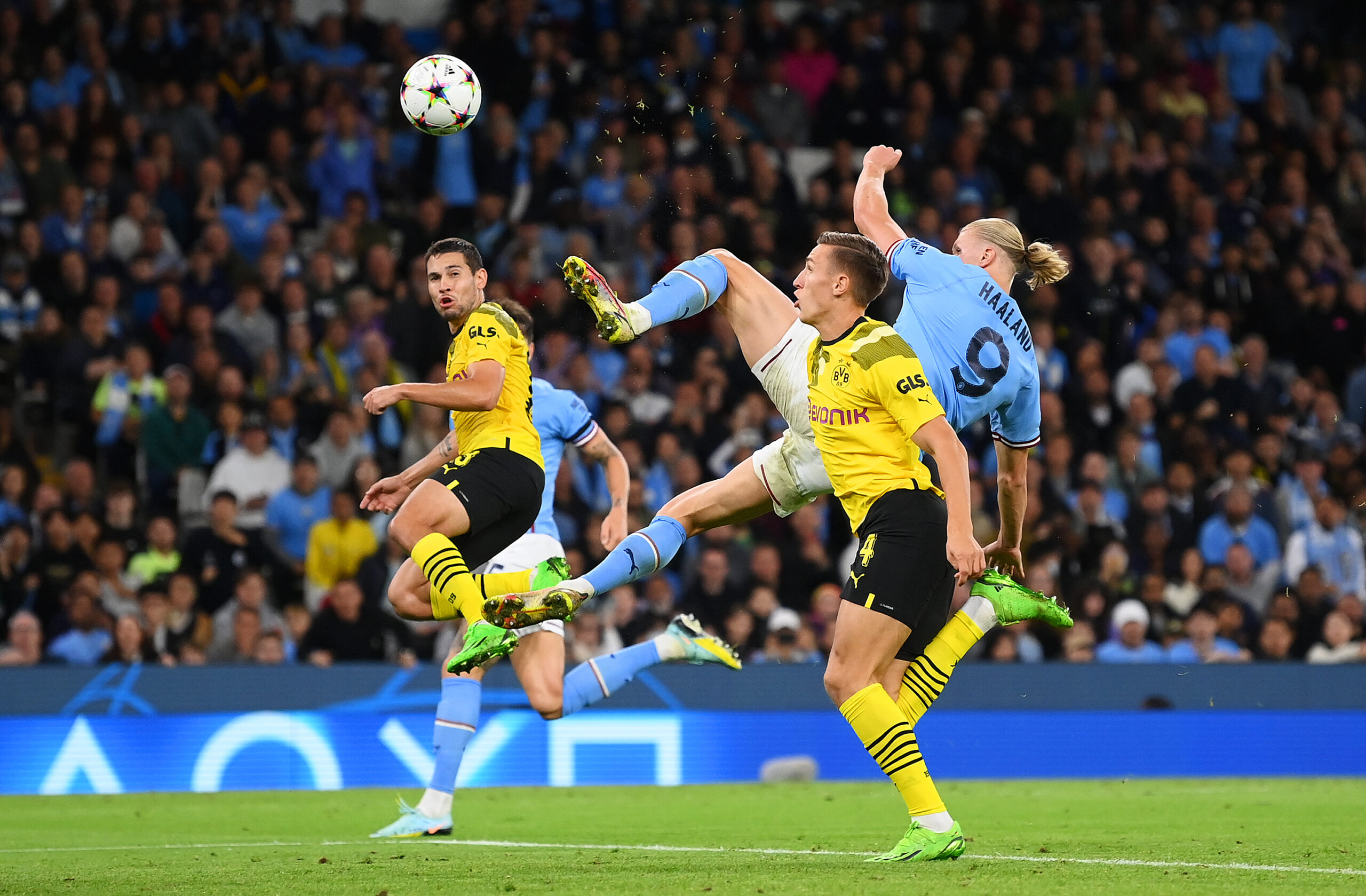 The 51-year-old said that the striker’s acrobatic winner evoked memories of Cruyff who is one of the biggest influences on the City boss.

The Premier League giants conceded the first goal in the second half at the Etihad Stadium but fought back to seal a brilliant victory in the end.

Guardiola later said (as per The Guardian): “The people who know me maybe know the influence Johan Cruyff had on my life as a person, as an educator, as a mentor, as a coach and everything.

“Years ago Johan Cruyff scored an incredible goal in Camp Nou for Barcelona against Atlético Madrid similar to Haaland.

“The moment Erling scored I thought: ‘Johan Cruyff’. It was quite, quite similar. It was an incredible assist by João and the finishing from Erling was exceptional.”

Haaland has been spectacular for City since making the move from Borussia Dortmund in the summer.

He has now scored an incredible 13 goals in just nine appearances across all competitions.

The 22-year-old scored two goals on his Premier League debut against West Ham United. He subsequently registered two hat-tricks in the English top flight, making him the quickest individual in league history to do so.

The Norwegian is a goal machine who looks unstoppable. He has got superb pace, clever movement and excellent dribbling skills, while he can finish with both feet and his head.

Haaland has made enormous progress in the last few years after moving from Red Bull Salzburg to Dortmund and now to City.

With the young striker in the ranks, we believe that City can finally land the Champions League trophy which has eluded them to date.