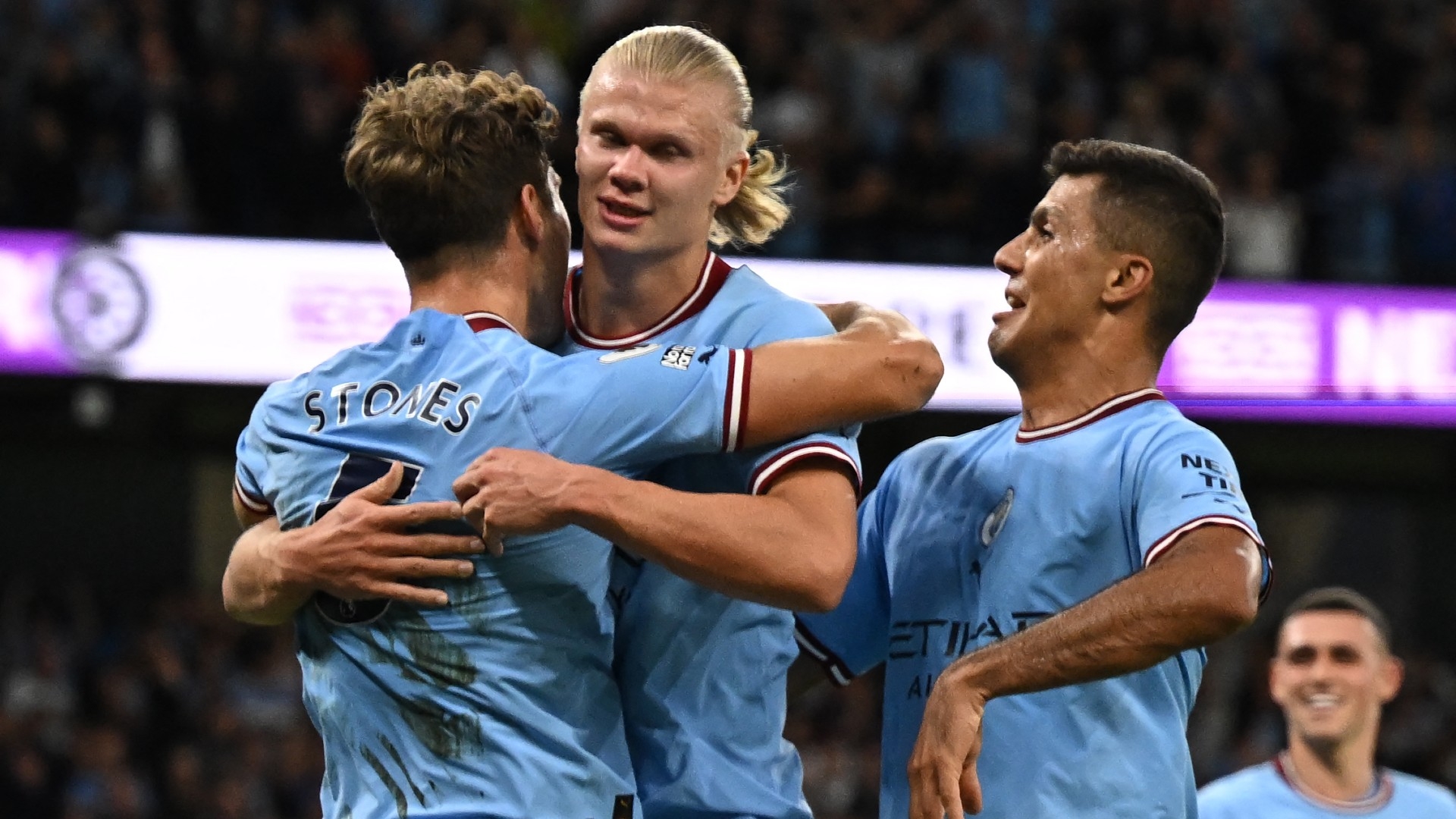 Manchester City will welcome Borussia Dortmund to the Etihad Stadium for their second Group G tie on Wednesday night.

Pep Guardiola’s side will be looking to pick up where they left off after swatting aside Sevilla 4-0 at the Estadio Ramon Sanchez Pizjuan.

Phil Foden scored in-between the ever-lethal Erling Haaland’s two goals before Ruben Dias rounded up the goals at the last minute to ensure a perfect start to the campaign in Seville.

City and Dortmund last met in the quarter-finals of the 2020/21 campaign, where Guardiola’s side came out on top with a 4-2 aggregate win over Der BVB.

The Germans will be looking to exact revenge on the Citizens by putting a dent in their unbeaten start to the season.

Haaland, who scored 86 goals in 89 games during his time at the Signal Iduna Park, will have extra motivation facing his former club, and Dortmund will now have to face the monster they helped nurture.

Guardiola’s men have yet to taste defeat in the Premier League this season, winning four of their six games.

They responded to their 1-1 draw at Aston Villa by thrashing Sevilla.

However, they did not get the chance to continue their impressive form against Tottenham Hotspur following the postponement of last weekend’s league games.

City’s home form does not bode well for their visitors. They have scored at least three goals in each of their four home games this season.

City’s wait for their triumph in this competition continues after narrowly losing out to Chelsea in the final of the 2020/21 campaign.

They were also eliminated from the Semifinals by Real Madrid last season.

They will hope they can finally get their hands on the elusive trophy this season, especially with Haaland leading their line.

The 22-year-old’s ability to score goals in the Premier League was questioned before he arrived at the Etihad.

But those concerns have since been put to bed, and he will relish the chance to face his former side.

With a week’s worth of rest in the bag, the Premier League champions will be looking to continue their unbeaten run in what will be Guardiola’s 150th Champions League game as a manager.

Dortmund failed to progress from the Champions League group stages last season as they were undone by a negative 1-goal difference.

Their Europa League campaign did not go as planned either, as they suffered a 6-4 aggregate defeat to Rangers in the playoff round.

They have started this season’s Champions League campaign with a win as they look to improve from last season’s misfortune.

However, the celebrations from their midweek victory over Copenhagen was cut short by their disappointing defeat at the hands of RB Leipzig.

Edin Terzic’s side currently sits fifth on the Bundesliga table after recording four wins and two losses in six games.

The defeat at the Red Bull Arena ended Dortmund’s run of three consecutive wins and clean sheets, and Terzic will want his side to respond with a rousing performance against City.

Manchester City vs Borussia Dortmund, alongside all other matches in Europe’s most prestigious club competition this season, is available to watch online via Champions League live streams. And if you are interested in attending a future Champions League game, see our Champions League tickets page for more information.

Manchester City are unbeaten at the Etihad in 20 Champions League games, and we back them to continue their fine form at the expense of the injury-ravaged Dortmund.