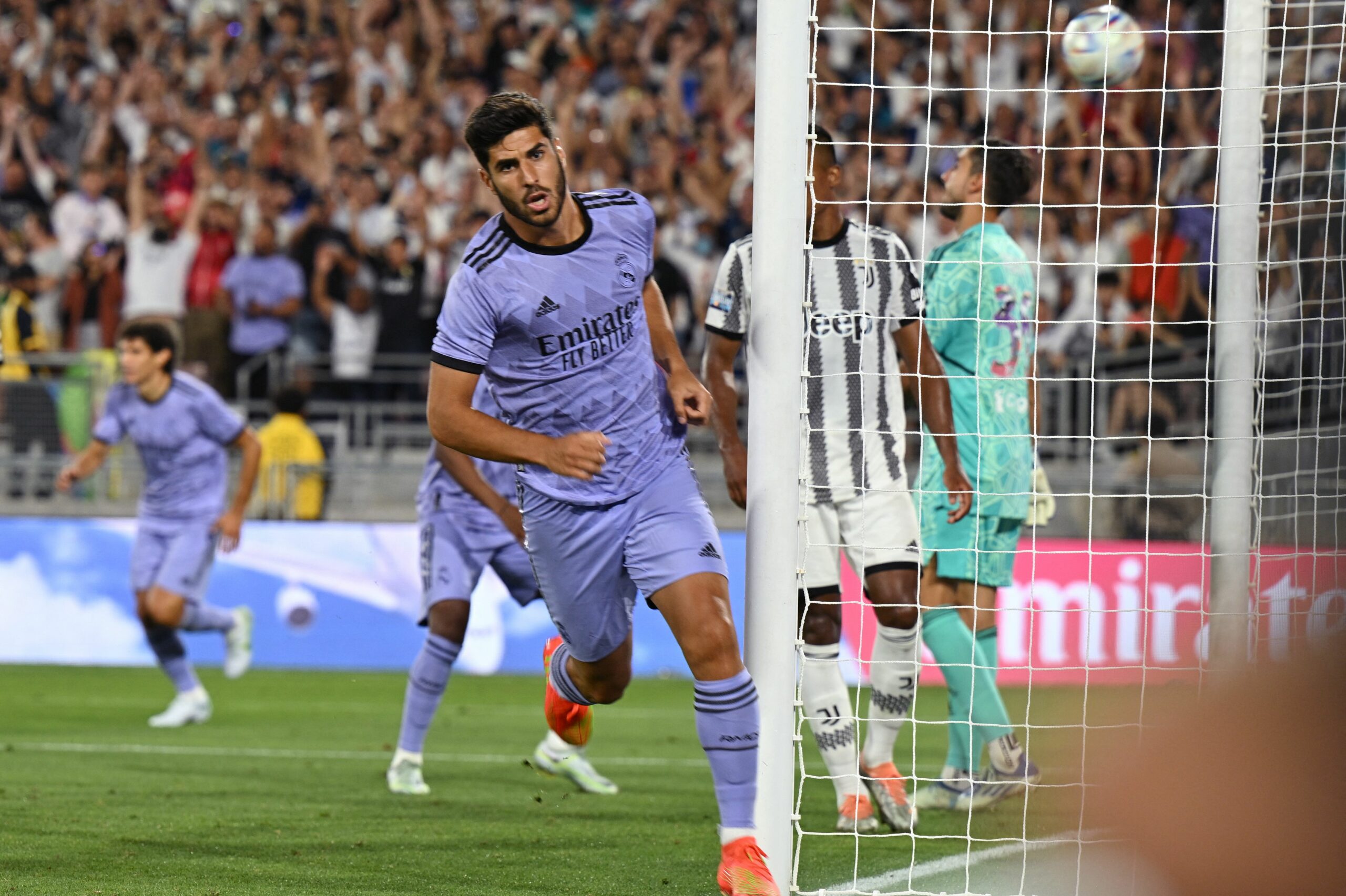 Real Madrid star Marco Asensio was left unhappy at being an unused substitute in Sunday’s La Liga fixture against Mallorca.

Carlo Ancelotti asked the Spaniard to warm up on the sidelines but eventually decided to keep him on the bench, with Dani Carvajal, Luka Modric, Eduardo Camavinga and Nacho getting the nod as substitutes in the second half.

Asensio was quickly seen throwing his training shirt and a bottle to the ground, venting his frustration for not getting involved in the game against his former club, who Los Blancos defeated 4-1.

This only sparks speculation over the future of the 26-year-old, who has fallen out of favour under Ancelotti.

Asensio had been linked with an exit during the summer window because of his lack of game time but ended up staying at Santiago Bernabeu to fight for his place.

However, the situation hasn’t changed as Asensio remains down the pecking order, featuring as a substitute for only two games this season.

Ancelotti spoke about the incident after the win, stating that he understands Asensio’s frustration.

The Italian manager said (h/t Marca): “If he’s angry, I agree with him. It’s normal, it means he wants to play, to feel important.

“In this period he has been the most affected player in the squad and I take that into account. I totally agree with his anger, that’s fine.”

Asensio’s contract expires next summer, and if his situation doesn’t change, he will likely leave the Spanish capital club.

Serie A giants Juventus and AC Milan reportedly hold an interest in signing the Spanish international, who can speak to foreign clubs and sign a pre-contract in January.