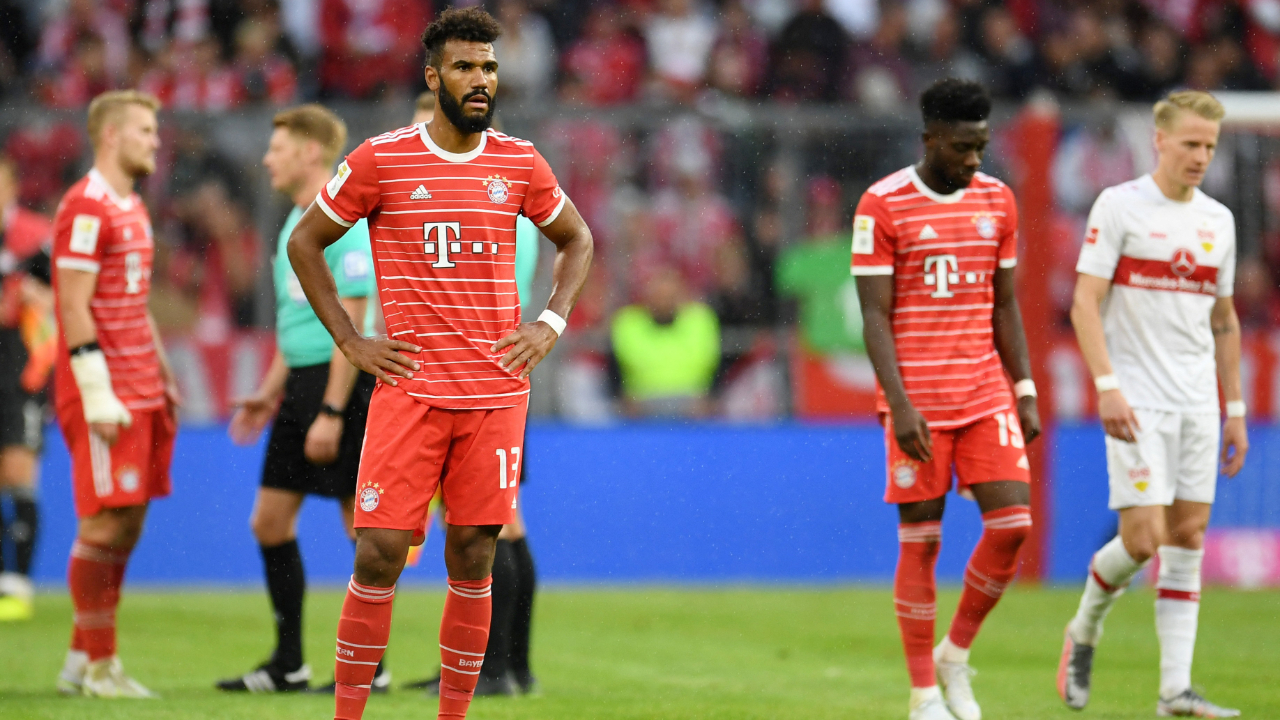 Pressure is beginning to mount on Nagelsmann, as the players are starting to question his tactics after a mixed start to the new campaign.

Die Roten began their title defence with three straight wins but have seen their league form waver over the last couple of weeks.

The Bundesliga champions have failed to win a league game since their 7-0 win over VFL Bochum last month after draws against Borussia Monchengladbach and Union Berlin.

The latest setback was a 2-2 draw with VfB Stuttgart over the weekend, making it three consecutive draws in the league, which has now led to players questioning the boss.

After the game against Stuttgart, Nagelsmann blamed his team for the draw claiming they lacked aggression in possession, He even singled out several players, including Serge Gnabry, Leroy Sane and Jamal Musiala.

“The aggressiveness in possession was a bit lacking, a tad too much control, a bit too little risk and greed to go forward,” he said. “But we still had three huge chances where you have to score a third goal – with Serge, Leroy and Jamal.”

Some of the senior players believe the manager should also question his tactics after not publicly expressing a word of self-criticism in his post-match press conference.

Nagelsmann made six changes to his side that started against Stuttgart as he looks to keep his squad happy with game time per the request of sporting director Hasan Salihamidzic as he does not want too many dissatisfied players.

Salihamidzic said: “I said to the coach, ‘it is more important to me that we’d rather draw once more than that we have too many dissatisfied players’.

“Of course, Julian is finding his style. This is also a learning process. He hasn’t had a squad like that either.”

However, three consecutive draws have proven that directive to be wrong, and Nagelsmann’s side will have to step up as they prepare to face the in-form Robert Lewandowski when they welcome Barcelona to the Allianz Arena tomorrow night.

The pressure continues to mount on Nagelsmann, who only joined Bayern at the beginning of last season.

The cracks that have started to show do not bode well for his future at the club, especially with Thomas Tuchel now a free agent following his premature dismissal by Chelsea.