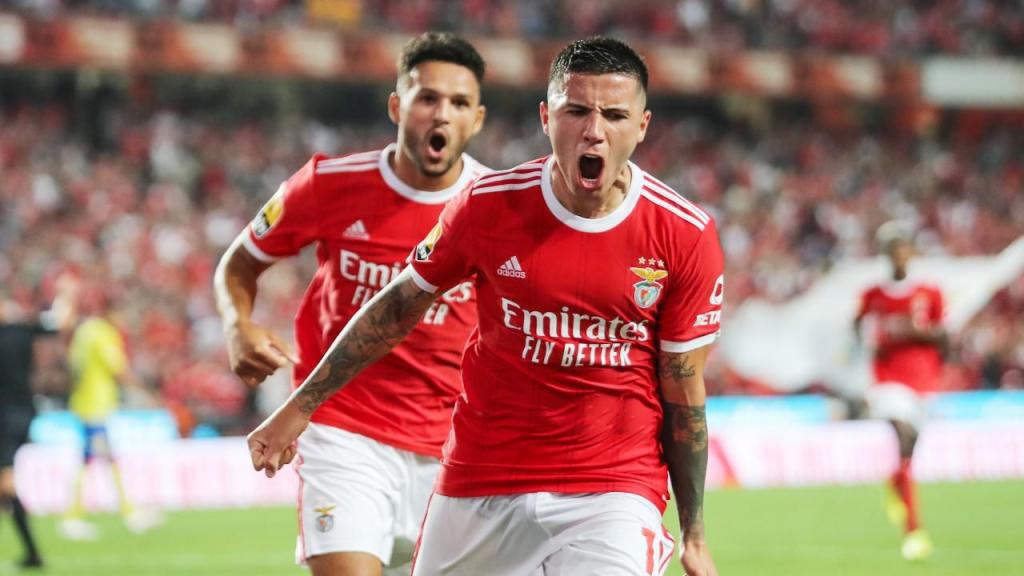 Wolverhampton Wanderers are still interested in Enzo Fernandez and will try to sign him again next summer, according to the Daily Mail.

Wolves tried to sign the Argentine midfielder from River Plate during the recent transfer window but were beaten in the race for his signature by Benfica.

The Midlands club sent one of their transfer team to South America in a bid to land Fernandez, only to find out that his move to the Portuguese club was already done.

The 21-year-old has since gone on to establish himself in Roger Schmidt’s side, continuing his development as one of the finest young midfielders in Europe.

It is understood that the Premier League club have not given up on landing the exciting midfielder and will launch another bid next summer.

Wolves are still monitoring his development and watched him during Benfica’s 2-0 win over Maccabi Haifa in their Champions League Group H opener.

Fernandez would likely be the replacement for 36-year-old Joao Moutinho, who is still a key player in Bruno Lage’s team.

They brought in Matheus Nunes from Sporting CP this summer, and he has adapted seamlessly to life in the Premier League slotting in alongside Ruben Neves in the base of the midfield.

Adding Fernandez to that duo would be a master stroke for Lage’s side and solidify their midfield options for some time.

They will try to convince Benfica with a huge proposal to let him go after just one season.

He made 53 appearances for River Plate, contributing 12 goals and ten assists before Benfica paid around €12 million to land him in a highly coveted swoop.

He already has three goals in 11 games for Benfica this season.

If Wolves go back for him next summer, they would have to be ready to shell out much more than that to prise him away from Portugal.