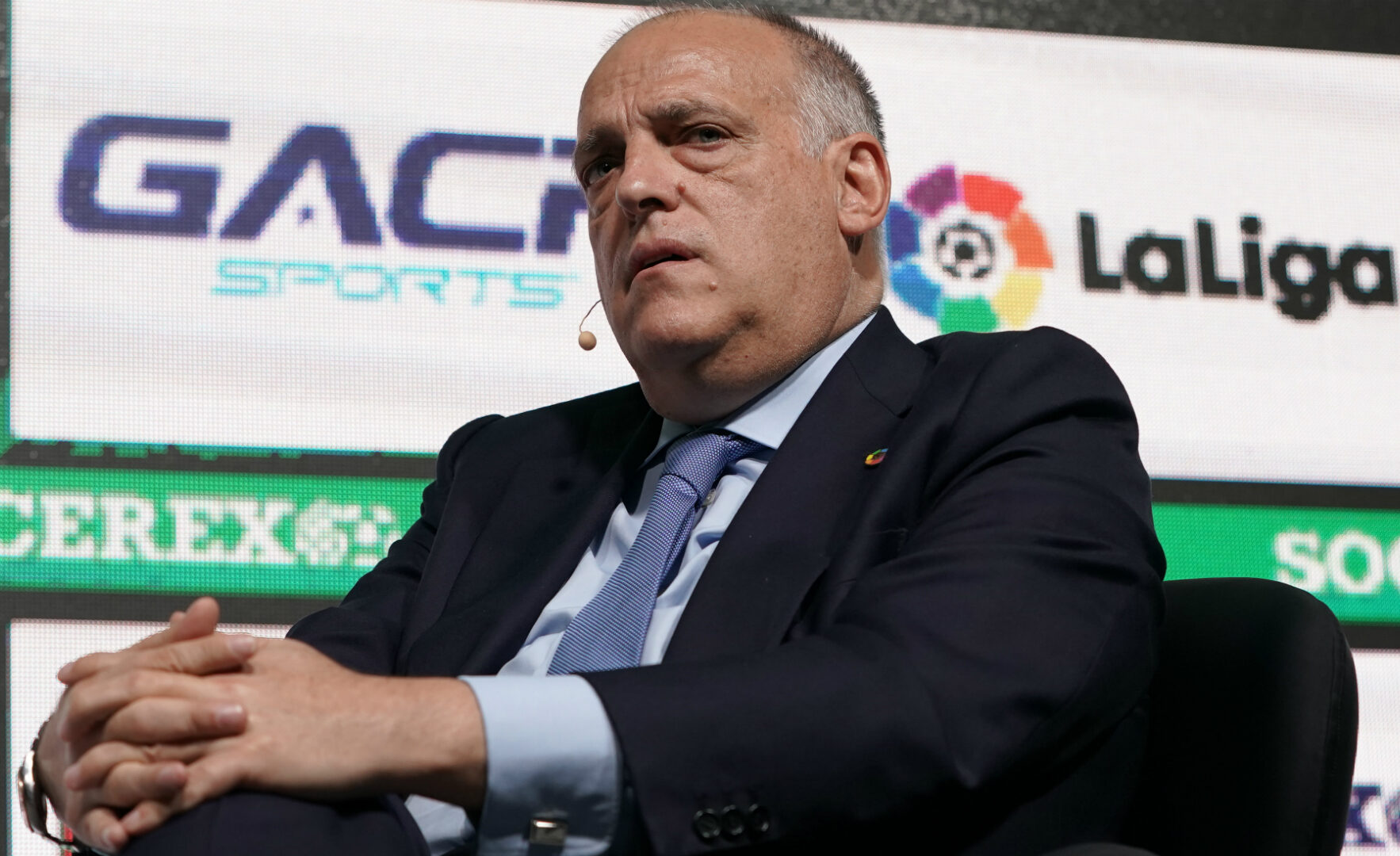 Of the top 20 spending clubs this summer, 13 are from the Premier League.

“Premier League revenues are 1.8 times more than LaLiga or Bundesliga, but this negative amount is 20 times more than the Spanish league that has very good financial control,” Tebas complained in a public presentation on La Liga squad spending limits.

“There were €277 million in capital increases in La Liga. €2.3 billion in Premier League, which are contributions and loans provided. In the Championship, it was €1.3 billion.

“It would be normal if they signed twice as many players, but they have spent much more than that. This can only be possible if the owners get out their chequebooks, and these are different models.

“I know the Premier League has a model to limit losses to £108 million. Do we want unsustainable models? What happens if the owners stop spending the money?

“We could let the Sheikhs and big companies come in here to buy out clubs. PSG can get more gas whenever they need to buy more players or use a related business.

“The football industry has changed, and there is much more money. If there is no control, then we could endanger the industry itself.

“The two competitions that are the most sustainable are La Liga and the Bundesliga, and we have to really fight for sustainability.”

Tebas has been criticising clubs like Paris Saint-Germain and Manchester City for their spending. However, he has now turned his attention to the entire Premier League.

The controversial La Liga boss has done well to make the clubs in his league adhere to strict financial controls, defining his mantra of sustainability.

During this time, he has had to watch the Premier League clubs spend freely. Tebas will now take his grudge to UEFA.