Sandro Tonali renews his contract with AC Milan until 2027 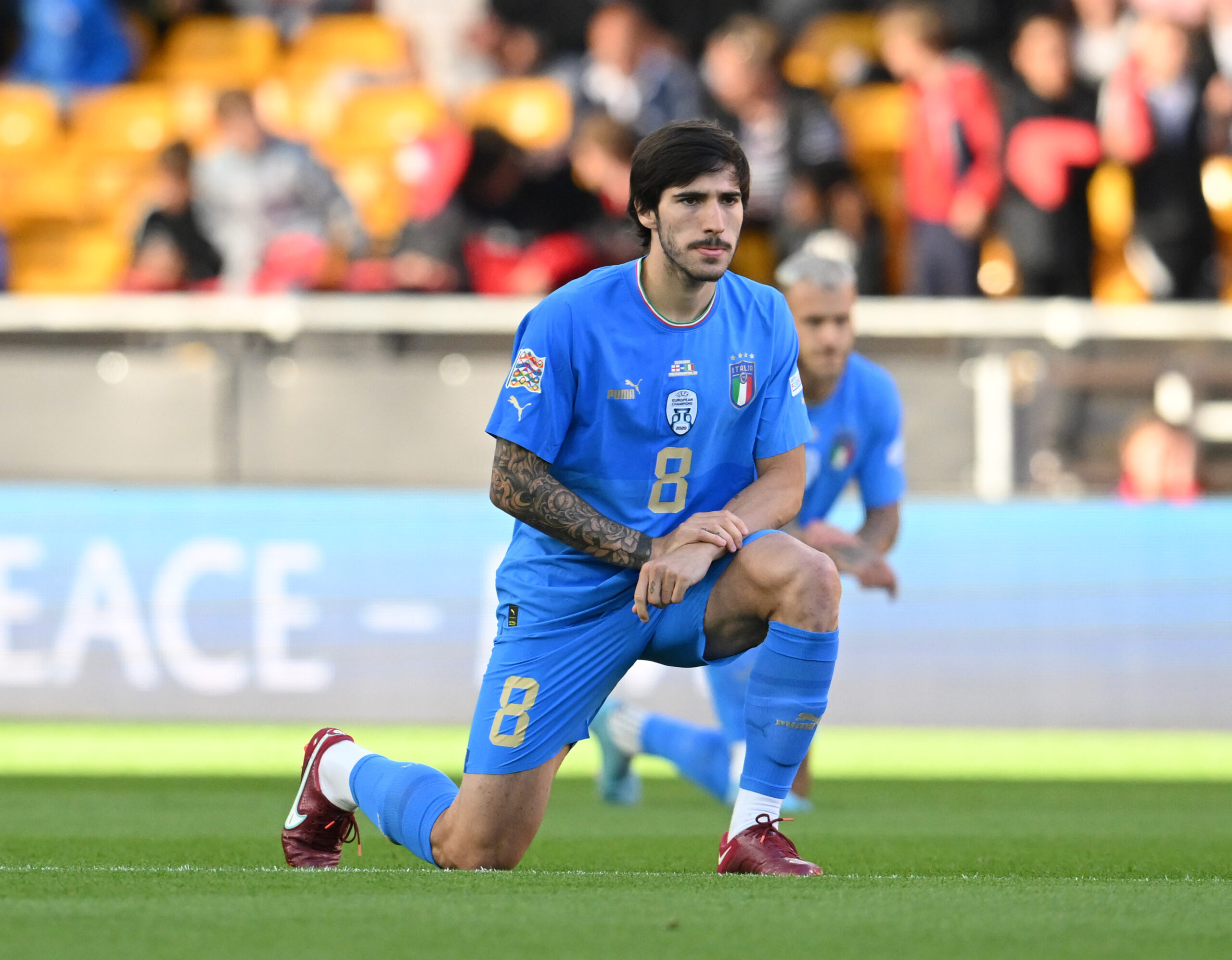 AC Milan midfielder Sandro Tonali has signed a new contract with the club that runs until 2027, the Serie A champions have announced on their official website.

Tonali played a role in Milan winning the Scudetto last season. The 22-year-old joined Milan in 2020 on an initial loan from Brescia.

The loan fee cost Milan €10 million. There was an option to buy for €15m and bonuses worth another €10m.

After struggling in his first season, Tonali had to accept a pay cut to make the transfer permanent.

He delivered a stellar 2021/22 campaign, helping the Rossoneri to win the Serie A title for the first time since 2011.

The boyhood Milan fan has made 87 appearances for the club, scoring five goals and assisting four.

Tonali has signed a new deal with an increased salary to match his standing in Stefano Pioli’s side.

“Hi guys, I am delighted with my contract renewal and to have extended my stay at Milan,” Tonali said on the club’s Instagram page.

“You know how deep my love is for these colours. I thank you for the support you provide us. With your backing, we can achieve great things.”

Milan are not messing about with contracts and extensions. They have now secured deals for Fikayo Tomori, Rade Krunic and Tonali.

Pierre Kalulu is next in line and they will revisit the case of Rafael Leao, arguably their most important asset, afterwards.

Milan have moved into a new era. The club was bought by RedBird Capital Partners last week, and Gerry Cardinale will be the club’s new president.

Current CEO Ivan Gazidis will leave the club soon. Milan board member and Elliott Management portfolio manager Giorgio Furlani is one of the top contenders to replace the former Arsenal chief.

Despite the hierarchical changes, Frederic Massara and Paolo Maldini are moving to secure the club’s future with renewals for their players.