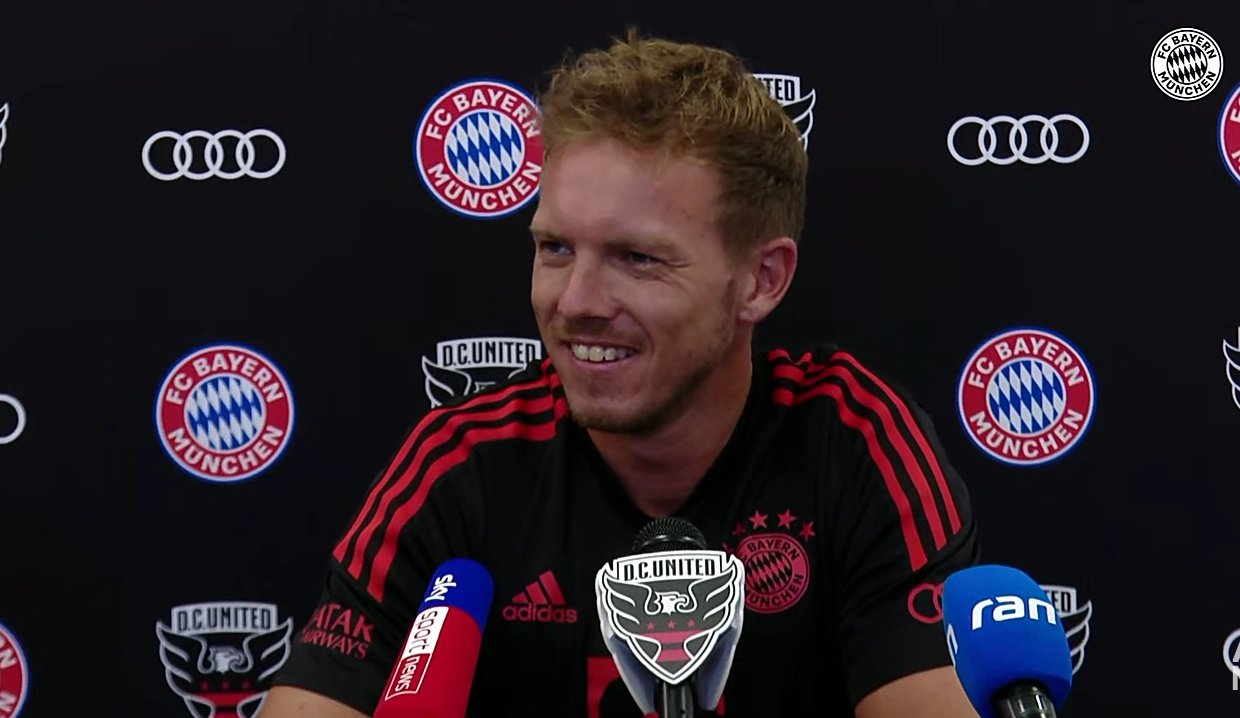 Bayern Munich manager Julian Nagelsmann has admitted that the club struggled to find a suitable number nine in the summer transfer window.

Bayern were forced to let go of Robert Lewandowski, who wanted to join Barcelona and were linked with several strikers to replace the Polish marksman.

They signed Sadio Mane from Liverpool, and the Senegalese winger has since led the line for Nagelsmann’s side in the absence of a recognised number nine.

The Bayern manager is not foreign to the concept of structuring his team to produce goals without a recognised nine leading the line and Mane has slotted in seamlessly, having played that same position during his latter days at Liverpool.

Die Roten have not struggled for goals, scoring 17 times this season despite the absence of a natural striker in the team.

Mane has played his part in their prolific form. He has hit the ground running at the Allianz Arena, netting five goals in eight games, but he is only a stop-gap solution to Bayern’s lack of a striker.

Speaking to the Bayern press ahead of their home game against VFB Stuttgart on Saturday, Nagelsmann explained that the club struggled to find the quality needed to improve the team.

“If we had found a top nine for affordable money, we would probably have gone along with it anyways,” he said. “There are few nines on the market that have the quality to improve us.”

The 29-year-old has yet to decide on extending his stay in north London, but the Spurs hierarchy are fairly confident of keeping him at the club.

However, the Bundesliga champions are hoping the England captain does not renew so they can sign him cheaply next summer.