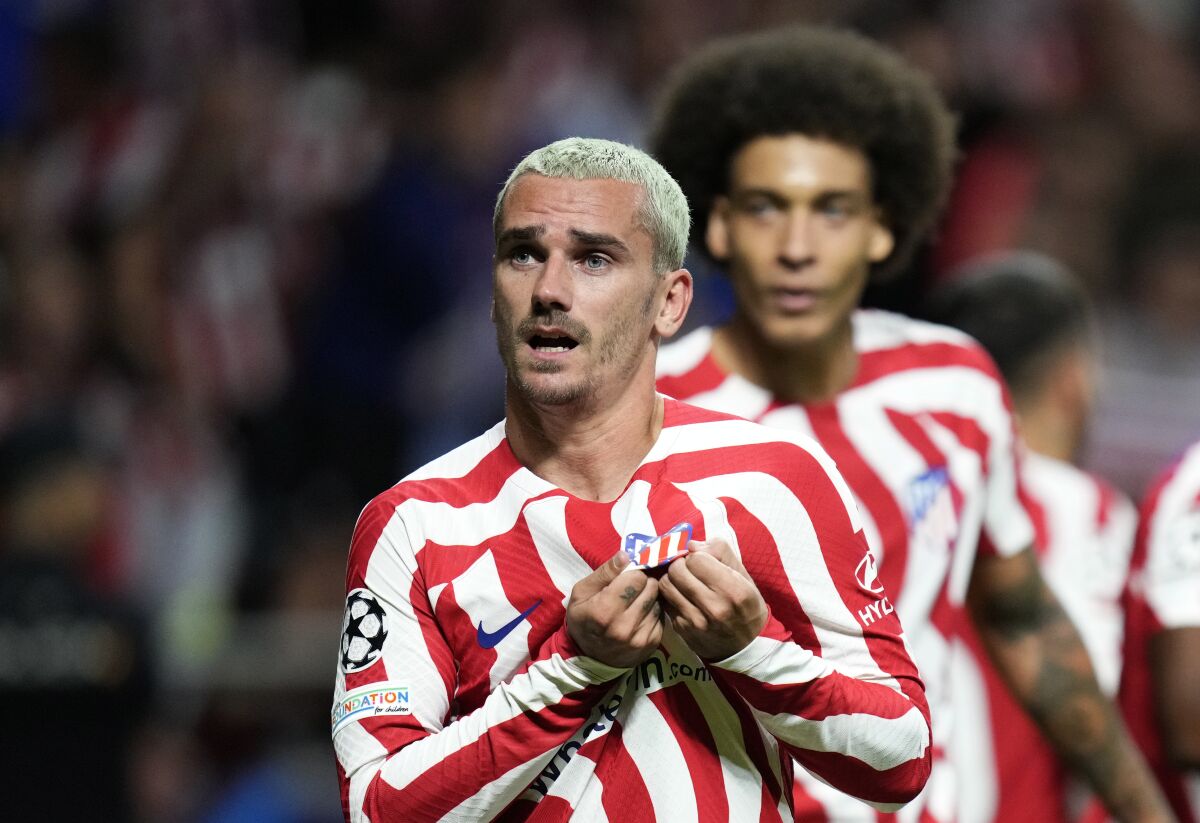 He is rediscovering his form this term. Griezmann has scored three goals in his last five games for Atletico. His latest goal was a late winner against Porto in a dramatic Champions League tie after coming off the bench.

He is picking up form ahead of the 2022 Qatar World Cup and hopes to make Didier Deschamps’ squad for the tournament.

“I am doing well – I am in good shape,” Griezmann said. “I am feeling physically very well in my legs. Pre-season did a lot of good for me. I needed that.

“I had a big empty spell last season, where I was not doing well mentally. Now I am doing a lot better and I am giving it my all.

“(In my head) It’s perfect. I am doing very well, and we saw that on Wednesday when I came on.”

Griezmann returned to Atletico from Barcelona last summer on an initial one-year loan. Atletico had the option to extend the loan by a further year and an obligatory permanent transfer clause worth €40 million.

Atletico are trying to avoid paying the fee. The 31-year-old has a clause in his loan deal that activates if he plays half the minutes he is available across his two-year loan.

Griezmann has been used mainly as a substitute due to this clause. Simeone brings him on around the 60th-minute mark, so Atletico avoid activating the clause.

Speaking on his role at Atletico, Griezmann said (via Marca), “It is what it is. It is out of my hands. Grateful to God for being here. My family is happy, I of course want more, but I am going to give everything I have in the minutes I have.

“I feel like a man of the club. I am happy here, and I only want to play here and give everything for the club, for Cholo, and for the fans.”

Griezmann’s goal against Porto sent Atletico to the top of their Champions League group, level on points with Club Brugge. Next up, Los Colchoneros welcome Celta Vigo to the Metropolitano Stadium in La Liga.

They will hope for a win to propel themselves into the top four from seventh position, where they currently sit after four rounds of matches.