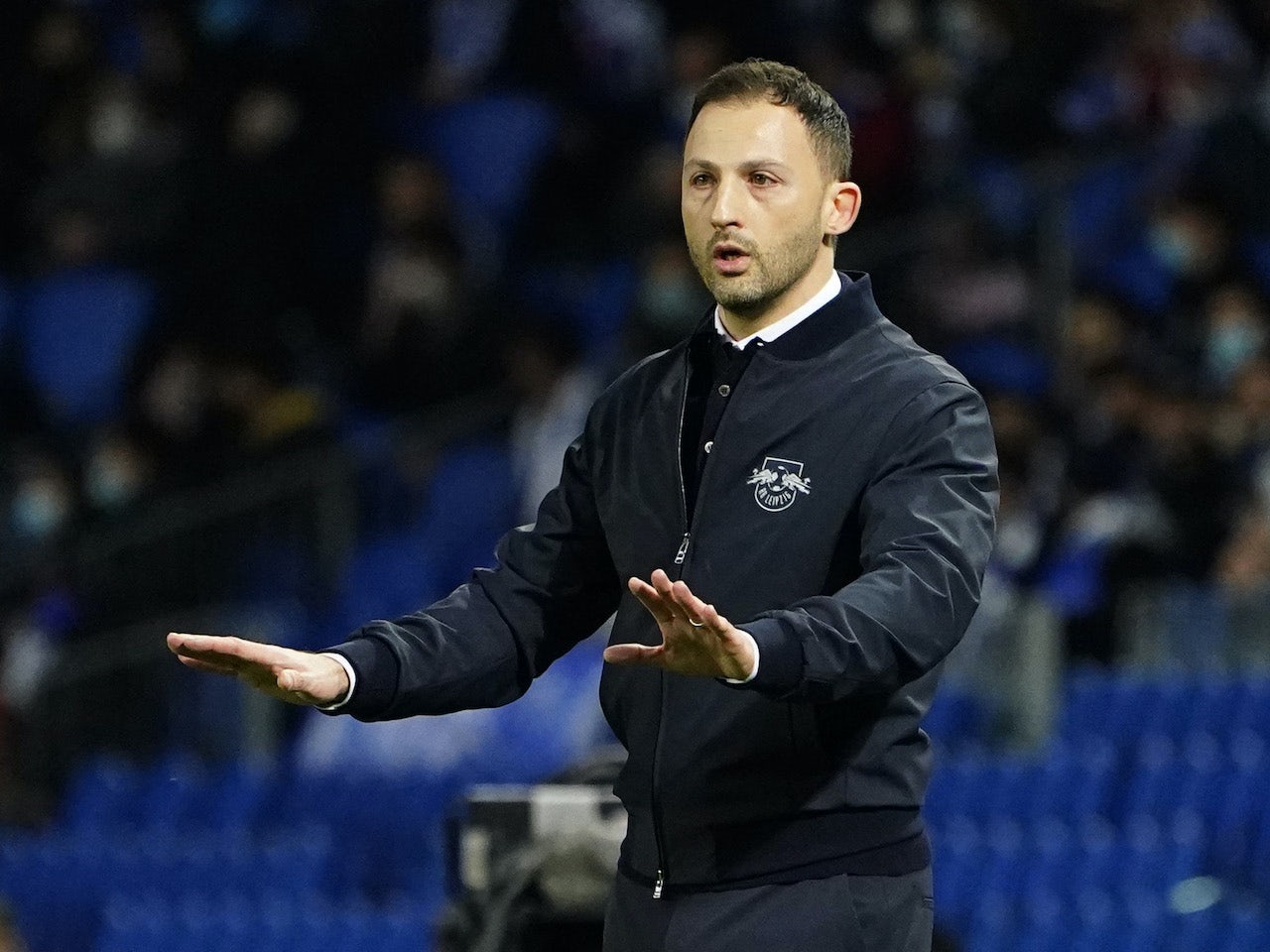 RB Leipzig have announced the departure of head coach Domenico Tedesco with his two assistants, Andreas Hinkel and Max Urwantschky.

The announcement came this morning, after a 4-1 home defeat against Ukrainian side Shakhtar Donetsk in their opening Champions League game yesterday.

Leipzig were run ragged by the Ukrainian champions. 21-year-old prospect Mykhaylo Mudryk tore them apart several times. He grabbed one goal and two assists to go with a fine performance.

This was not their first poor performance this season. They lost 4-0 to Eintracht Frankfurt on Saturday and have just one win in six Bundesliga games to date.

After averaging two points per game last season, Tedesco only picked up five points during the current campaign.

Despite Tedesco leading them to their first top-flight trophy in 13 years, the DFB-Pokal, die Roten Bullen have parted ways with the German-Italian manager.

A statement from CEO Oliver Mintzlaff (via Leipzig’s website) read: “The decision to part ways with Domenico Tedesco was a very difficult one for us.

“We had a very successful second half of last season under his tenure, and we qualified for the Champions League.”

“Under his leadership, we also won the DFB-Pokal, our first major title, and he was part of the most successful season in our young club’s history.”

“For this, Domenico and his coaching staff deserve our gratitude. Domenico is a fantastic coach who will have a lot of success in the future.”

“However, after our mediocre start to the Bundesliga season with five points from five games, along with the recent defeats to Eintracht and Shakhtar, we believe that a change of management is the right course of action to turn things around quickly.”

“Our priority is RB Leipzig, and we have goals that we want to achieve. We have therefore come to the conclusion that we need a change within the club. We regret that we are going our separate ways.

We would like to thank Domenico for what he has achieved and wish him nothing but the best for the future.”

Former Borussia Monchengladbach and Borussia Dortmund boss Marco Rose is the top contender to take Tedesco’s position. However, with Thomas Tuchel leaving Chelsea, the club could assess other options.