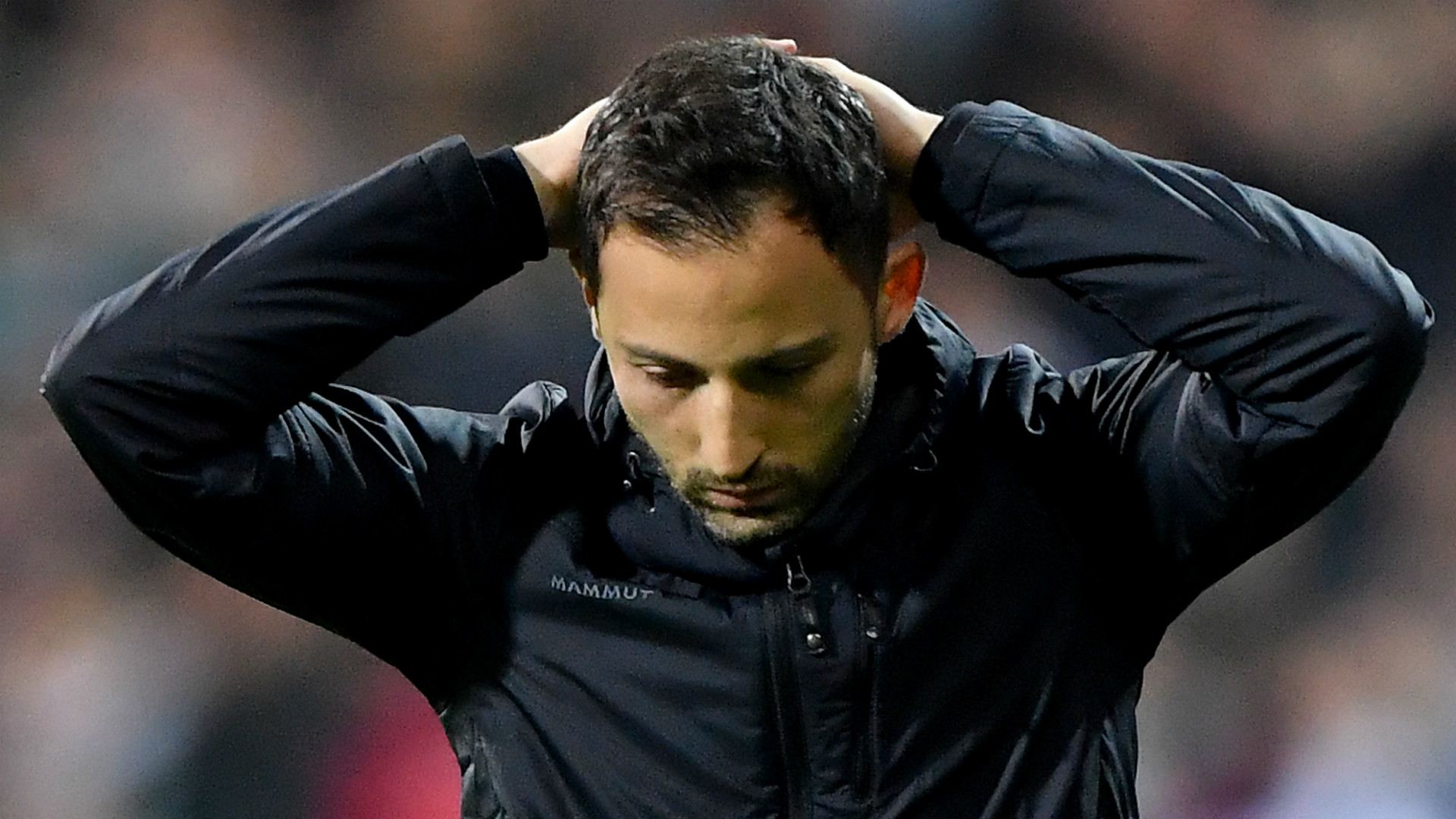 The RB Leipzig hierarchy will decide on the future of manager Domenico Tedesco soon, according to Fabrizio Romano.

Leipzig were sitting in 11th place in the Bundesliga after a 2-1 defeat at Union Berlin last December, culminating in their worst start to a season before Tedesco replaced Jesse Marsch as manager.

Following his appointment, the former Schalke 04 manager guided Die Roten Bullen to a fourth-place finish in the German top flight.

They also finished as Europa League semi-finalists before beating SC Freiburg on penalties to win the DFB-Pokal.

Leipzig’s performances under the Italian manager impressed the club’s bosses so much that talk of a new contract was circulating towards the end of last season.

However, barely 12 months after his appointment, the 36-year-old may have taken charge of his last game as Leipzig’s head coach following an embarrassing 4-1 defeat to Shakhtar Donetsk in their Champions League Group F opener at the Red Bull Arena.

Leipzig have endured a poor start to the season, taking just five points from five league games, having won one, drawn two and lost two.

Questions over his future arose after the disappointing 4-0 defeat at the hands of Eintracht Frankfurt over the weekend, but the defeat at Shakhtar may be the final straw for the Leipzig bosses.

Tedesco’s contract at Leipzig is due to expire in 2023, but he could be relieved of his duties much earlier, with the club now considering Marco Rose as a potential replacement.

Rose was replaced by Edin Terzic, who was pulled from his role as Dortmund’s technical director, and the German manager has been a free agent since.