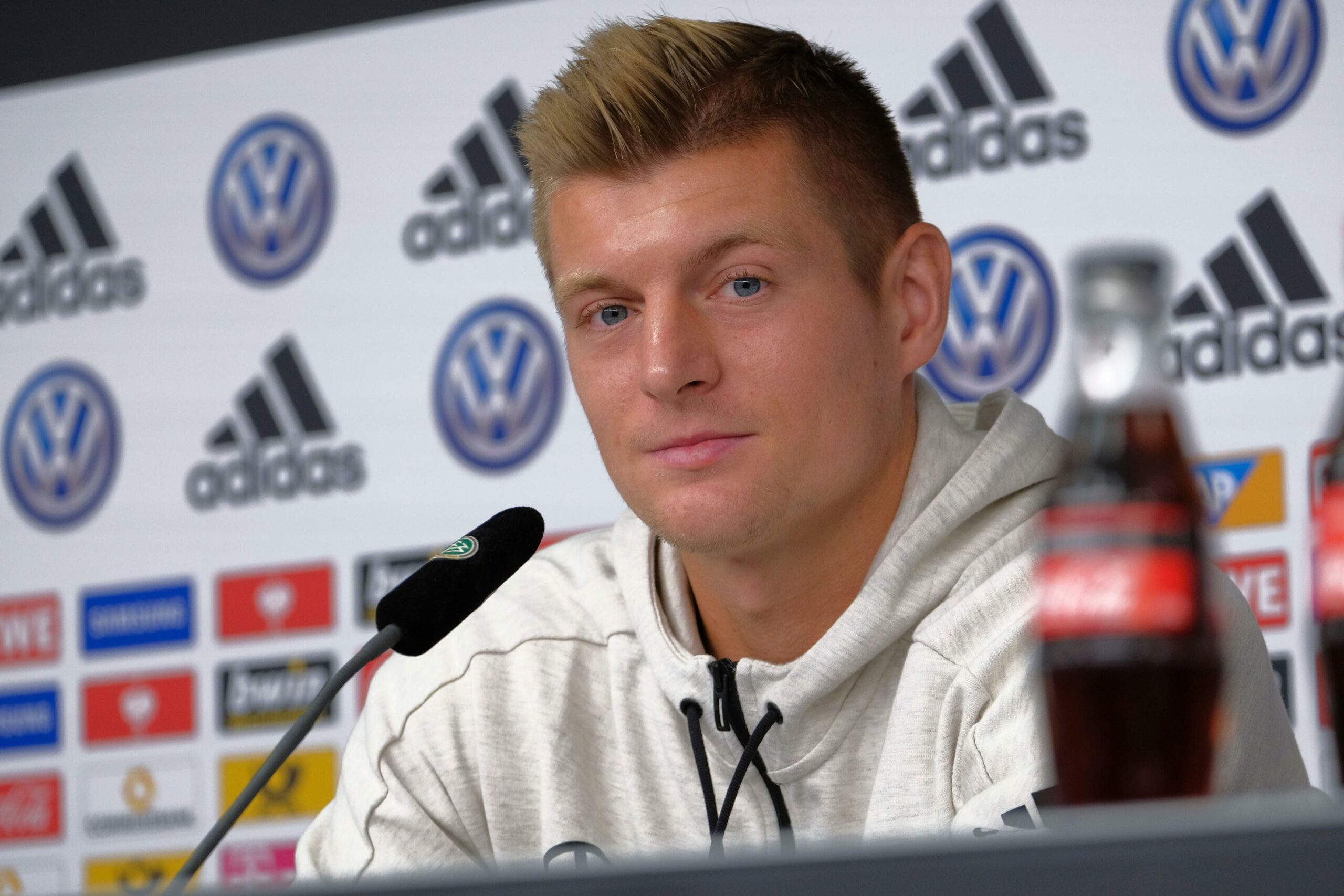 Real Madrid midfielder Toni Kroos believes the idea of the European Super League (ESL) still exists and has backed its return, although he believes he will not be playing when it takes place.

News of a breakaway European competition designed especially for only Europe’s most elite clubs rocked the football world in April 2021.

It was a move that threatened to change the status quo of football as we know it, but it failed to materialise after backlash from football fans around the world.

High-profile resistance from various figures within governing bodies, including UEFA and FIFA, also rallied against the project before several clubs withdrew their interest less than 48 hours after confirming their participation.

However, there are still murmurs of some people in football wanting it to happen, with Madrid president Florentino Perez adamant that the ESL will return sometime in the future.

When asked about the prospect of the controversial ESL returning, World Cup winner Kroos admitted (via Marca) that he does not think the idea has gone away among football’s elite.

“Never contradict your own president,” Kroos said as he began with a joke.

“It is obvious that the idea existed and still exists. It should have been in operation for a long time, I think it will take a while to carry it out, and I will probably not see it as an active player. My opinion on that is that I still believe it will come, but I can’t say when.”

The ex-Germany international was also full of praise for his club president, who he claimed had never thought of selling him during his eight-year spell at the Santiago Bernabeu.

“I’ve been at Real Madrid for eight years, and there was closeness from day one,” he added. “I know that in these eight years he hasn’t thought for a second about selling me. At that time, I came for only €25 million. Surely I could have sold myself later for more money.”

Kroos will be part of Carlo Ancelotti’s squad that will begin their Champions League title defence when they take on Celtic in their Group F opener later today.