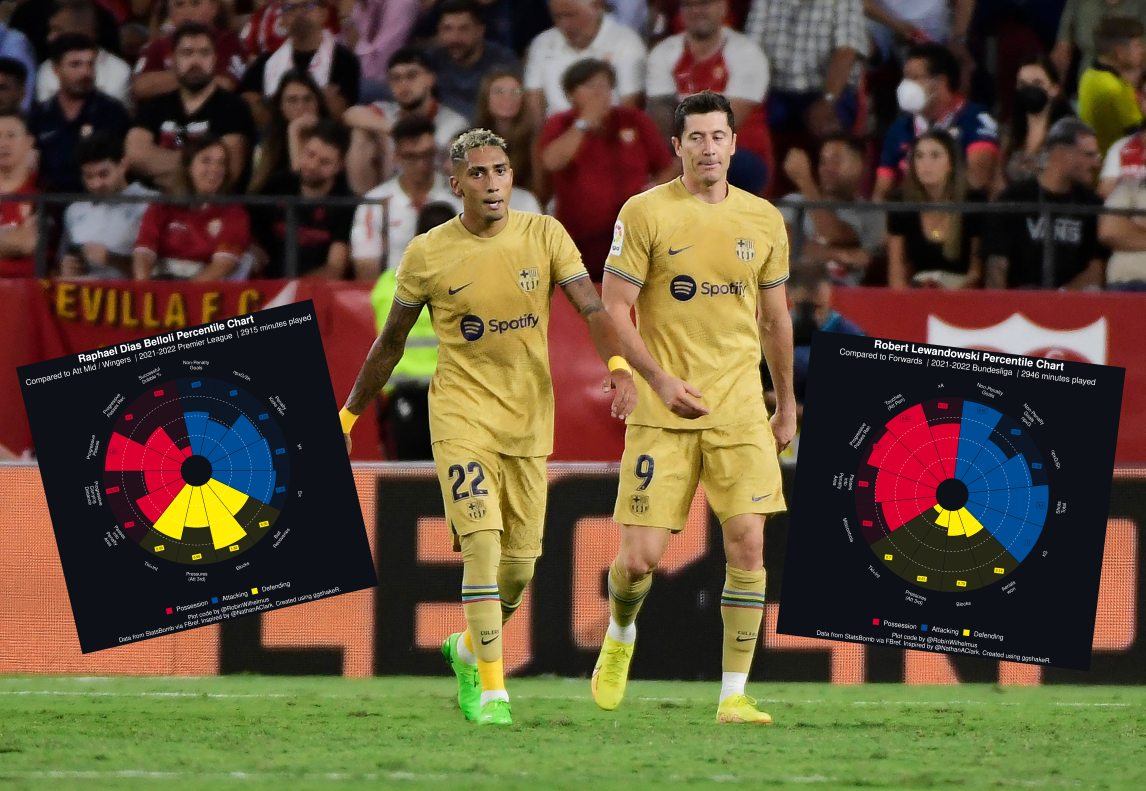 What does a club need to do to have a successful transfer window?

Have a clear and predefined recruitment strategy that aligns with their philosophy and the head coach’s style of play? Invest in young talents that could become key players in the future?

The correct answer, of course, is to pull levers, lots of them.

At least, that is what Joan Laporta appears to believe based on his dealings for Barcelona this summer. He helped the club pull four levers that ultimately ensured that they will end this year with a lot of green on their spreadsheets and enabled them to sign and register new players.

They brought in seven new faces to their squad, of which four arrived as free transfers, and the other three cost over €150 million combined.

There was a bit of a clearout too, as seven players left the club on free transfers, two were sold, and seven were loaned out. All of that primarily served to lighten the wage bill, so our focus will be on the arrivals.

The first man in was Franck Kessié from AC Milan, on the back of a title-winning season where he played a key role both in and out of possession.

At Milan, the Ivorian international played as part of a double pivot, but such a role does not usually exist in Xavi’s 4-3-3 system.

He is yet to make his full competitive debut and appears to be fifth at best in the midfield pecking order behind Pedri, Gavi, Frenkie de Jong and Sergio Busquets.

Alongside Kessié, the arrival of Andreas Christensen was announced too. The Danish international spent a good deal of time in Chelsea’s back-three last season, where his ball progression ability and proactive defending especially stood out.

His numbers will unquestionably drop down a bit in a back four, but he has the quality to be challenging for a starting spot.

Unfortunately for him, Ronald Araújo appears to have his favoured right centre-back position, so his best route to the starting XI probably is to displace Eric García from left centre-back.

After that, it was time for Raphinha, who was Barcelona’s most expensive acquisition this summer. It is easy to see why they were willing to spend so much money for him when you look at his stats in the Premier League while playing for a Leeds United side that just about avoided relegation.

The Brazilian international has proven to be a perfect stylistic fit too, as Xavi likes to use a touchline winger with good one-on-one dribbling ability on the right, and he ticks all those boxes. He has already opened his La Liga account with a goal and assist, and all indications are that he will have a great season in Spain.

Another man at the top end of the pitch who is set to have an exceptional campaign is Robert Lewandowski. Need we say much about him?

He arrived from Bayern Munich after a bit of a transfer saga, but he has already made Barcelona’s efforts worth it as he leads the La Liga scoring charts with five goals from four games. Defences around Spain are already wary of his threat, but such is his quality that they can often do little to stop him.

Next up was young French defender Jules Koundé, who said his goodbyes at Sevilla. Although he was primarily used as a centre-back by the Andalusian club, he did show a capability to play at right-back, and that is what Barcelona have looked to harness by playing him in the auxiliary full-back role in Xavi’s system.

This enables him to showcase his ball progression ability, which was impressive enough last season, to its fullest.

Before Koundé’s arrival, Araújo was forced to play in this role, but now the Uruguayan has been freed up to return to the right centre-back position as aforementioned. So, this has proven to be a win-win situation for both of them.

Barcelona also made two deadline-day acquisitions — full-backs Héctor Bellerín and Marcos Alonso from Arsenal and Chelsea respectively. The former was on loan at Real Betis last season, where he looked good in a more traditional right-back role.

However, that does mean that he will not be a direct stylistic fit in Xavi’s system, so Koundé should be expected to comfortably remain the first choice in the position.

Things look a little better for Alonso, who spent the last season as a wing-back for Chelsea.

There is a lot more attacking freedom afforded to Barcelona’s left-back, so Alonso could slot in well in that position, but he will face stiff competition from Jordi Alba and Alejandro Balde.

Overall, from a purely footballing point of view, it is safe to say that Barcelona have conducted some pretty good transfer business over the summer.

The likes of Lewandowski, Raphinha and Koundé have made an immediate impact to elevate the quality of the side, while the remaining signings provide some quality squad depth if nothing more than that.

Xavi now has all the pieces he needs to help Barcelona challenge Real Madrid for the La Liga title, so it is now up to him and his squad to try and deliver the Catalan club’s first league title in five seasons.