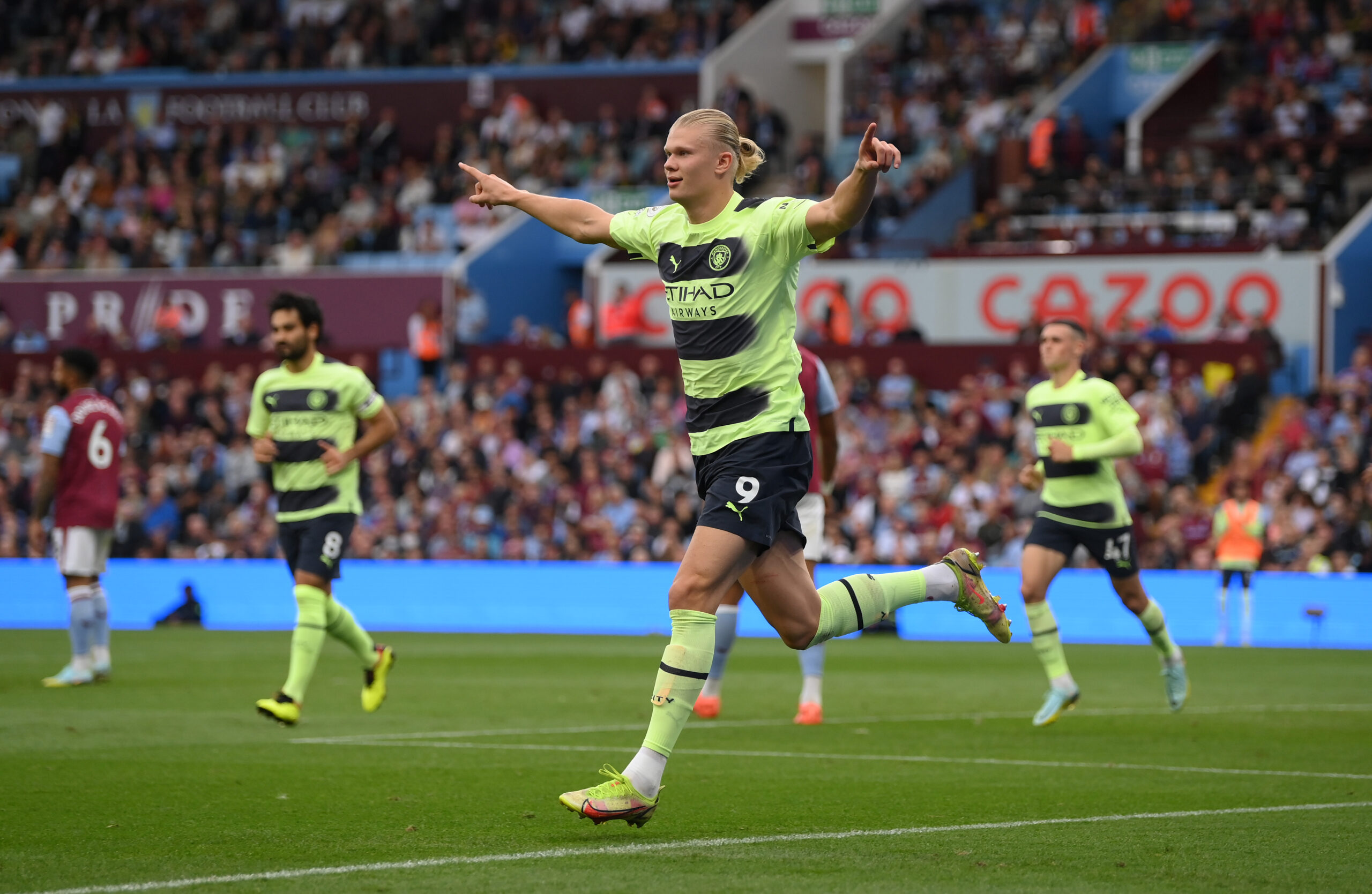 Julen Lopetegui’s stuttering side fell to a 3-0 home defeat to Barcelona in the build-up to this encounter, maintaining their winless four-match start to the new La Liga season (D1, L3).

It is not the form the former Real Madrid manager would have wanted to bring to Europe’s elite competition, and there is a feeling Sevilla are miles away from being a team that could cope with a rampant Man City side.

Drawn together with Borussia Dortmund and Copenhagen in this exciting Champions League section, the Andalusian heavyweights are crying out for a promising start against the group favourites.

That would bolster their chances of finding a way out of the competition’s group stages following last season’s elimination.

However, Pep Guardiola’s men are more heavily fancied to take home a morale-boosting victory despite being held to an underwhelming 1-1 Premier League draw at Aston Villa over the weekend.

After the arrival of Erling Haaland, the Cityzens feel this could be their season as they aim to lay their hands on ‘Big Ears’ for the first time in the club’s history.

Coming into the new Champions League season as the leading candidates to win the trophy, Man City will put their fate into the hands of Haaland, who is in record-breaking form.

The Norwegian goalscoring machine was on the scoresheet at Villa Park on Saturday to take his tally to ten goals in just six Premier League appearances this term.

Except for a 3-1 beating of Arsenal in November 2007, Sevilla have gone winless in their seven remaining meetings with Premier League clubs in the Champions League group stages (D3, L4).

That does not bode well for Los Rojiblancos’ bid to start a seventh successive Champions League season unbeaten in the opening fixture (W2, D4).

And with Barcelona exposing their defensive frailties at the weekend, the Spaniards will be concerned about their chances of improving an embarrassing eight-game form in Europe’s elite competition (W1, D4, L3).

Despite enjoying a six-match unbeaten start to the new Premier League campaign (W4, D2), Man City have struggled on the road in continental action of late.

Guardiola’s men have suffered three defeats in their last six Champions League outings on hostile turf (W2, D1), including a 2-1 loss at Real Madrid in last season’s semi-finals on their most recent visit to Spain.

Having secured their 12th Champions League group stage appearance in a row, Man City will be looking to advance to the knock-out stages for the tenth consecutive season.

Based on Sevilla’s disastrous form in the early stage of the season, it takes no rocket science to understand they are coming into this showdown on the back foot.

On the other hand, Man City are firing on all cylinders as we back them to put a few goals past Bono and paint their 2022/23 Champions League opener with flying colours.