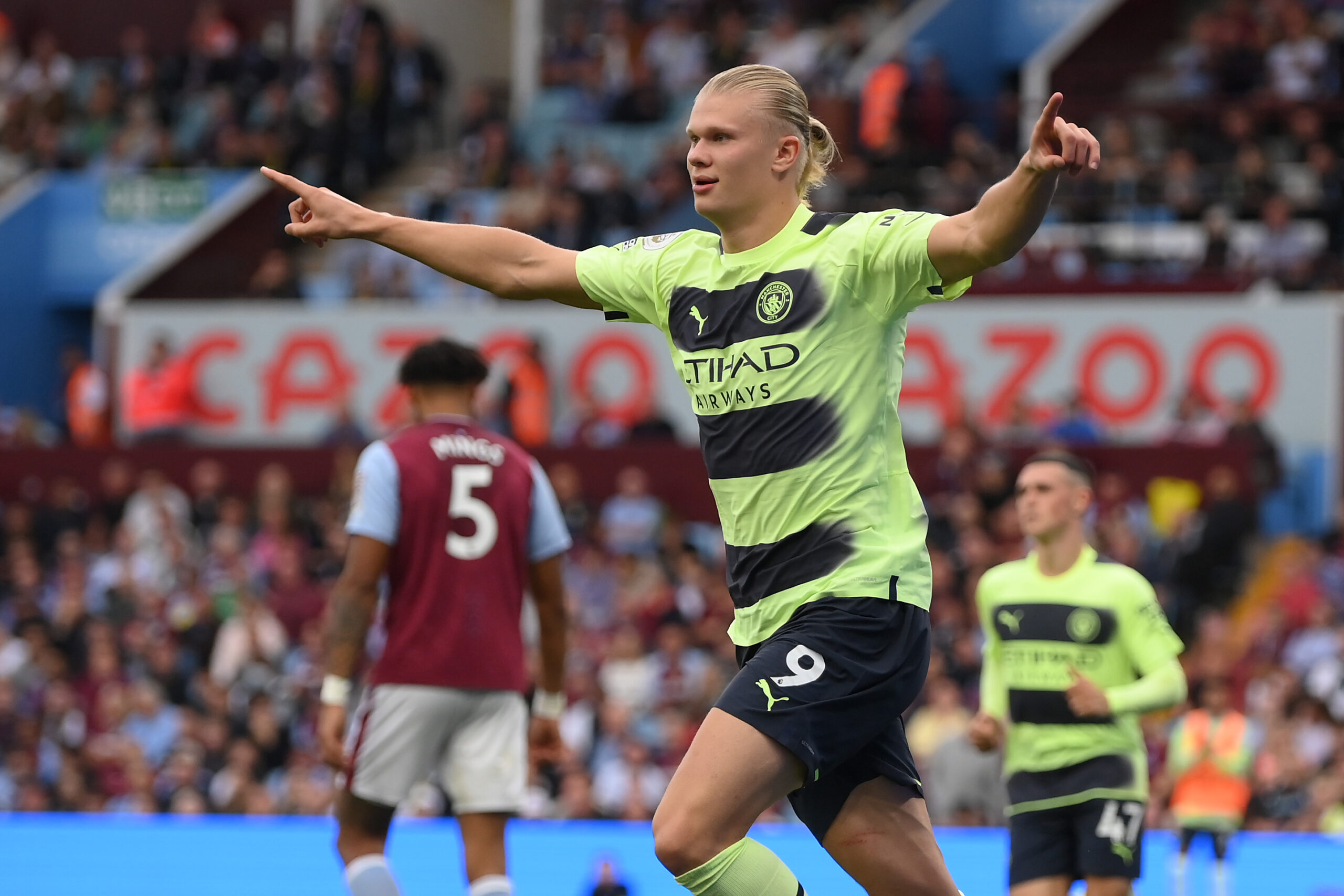 The Premier League season is well underway, and so is the race for the Golden Boot.

It will come as a surprise to very few that Erling Haaland has taken a commanding lead early on. In six matches, he has hit an incredible ten goals, including back-to-back hat-tricks against Crystal Palace and Nottingham Forest. If he wasn’t already the clear favourite to be the league’s top scorer, he certainly is now.

The Manchester City man is four goals ahead of the next-best marksman, and doesn’t look like slowing down anytime soon. Barring any injuries, he should be way up there come the end of the term. But can anyone actually challenge him this season?

Amidst the hype of Haaland’s goals, Harry Kane’s early season form has gone somewhat under the radar. The England captain has netted five in six outings, putting him on course for his greatest ever goalscoring campaign.

We all know what the forward is capable of – he’s won the Premier League Golden Boot three times already in his career, as well as one at the World Cup in 2018. If he stays fit, there is no doubt that he’ll continue to bang them in at a prolific rate.

Much like Kane, Mohamed Salah also has three Golden Boots on his mantelpiece. Back in May, he finished level with Heung-min Son to claim the prize.

But he hasn’t yet been at his lethal best in this campaign. He has found the net twice so far, failing to score in each of his last three outings. He was even unable to notch during the 9-0 thrashing of Bournemouth.

However, this is one of the top-flight’s best goalscorers we’re talking about. It wouldn’t come as a surprise if he was to hit form soon. We shouldn’t rule him out.

Going into the new season, Aleksandar Mitrovic was heavily questioned. He had a phenomenal record in the Championship, smashing the goal record with 43 strikes. But at the top level, he had just 23 goals in three-and-a-half years.

The Serbian has already gone a long way to silencing all the doubters, hitting six in his opening six – double the figure that he got in his last Premier League season. To make things even more impressive, his tally includes a brace against Liverpool, as well as finishes against Arsenal and Tottenham Hotspur.

It would take an incredible effort for Mitrovic to maintain this form. Competing with Haaland is probably out of his reach. Nonetheless, he has an opportunity to put the ‘can’t do it in the Premier League’ shouts to bed once and for all.

With the World Cup just a few months away, players are desperate to produce their best stuff to secure themselves a ticket to Qatar. In the England squad, Kane is by far the first-choice striker, but the back-up spot is still up for grabs.

If the first month of the season is anything to go by, Ivan Toney could be the one to take it. His hat trick against Leeds United took him level with Kane on five goals – no other English player has more than three.

Again, like Mitrovic, expecting him to challenge for the Golden Boot is perhaps a bit far. But he could prove a point if he continues at his current rate.