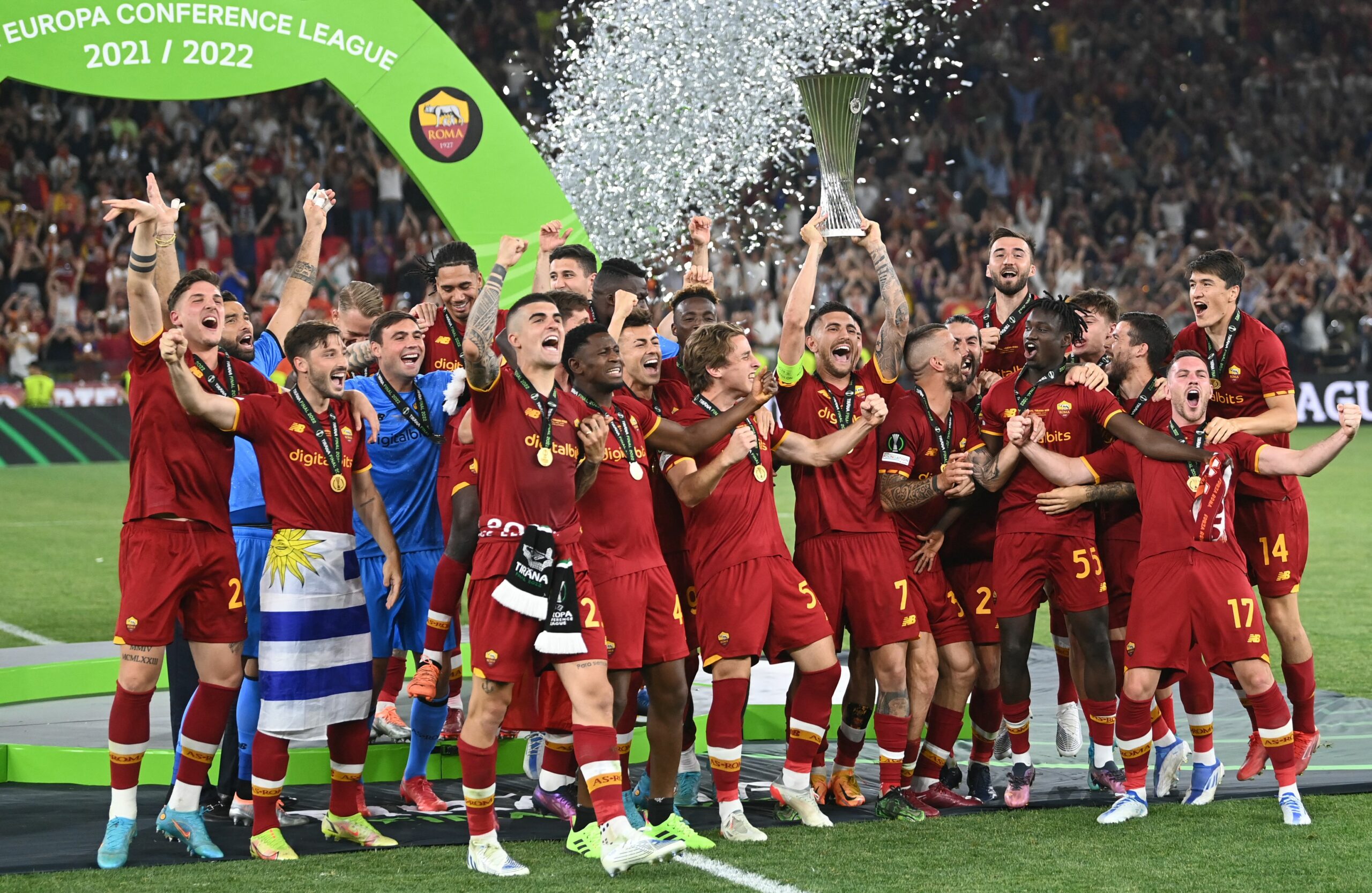 The inaugural edition Europa Conference League was a big success, and UEFA will be eager to build on that this time around.

This year’s group stage has been squeezed into a nine-week period, ramping up the pressure on the competing teams. Here is our tournament preview:

The group stage features six matchdays and runs from September 8 to November 3. The line-up for the opening phase is as follows:

While UEFA’s introduction of a third European club competition was not universally welcomed, it is fair to say the inaugural edition was successful.

Roma beat Feyenoord in the final, handing manager Jose Mourinho another piece of silverware to add to his glittering collection.

There are several clubs in this season’s competition who will be aiming to use it as a springboard to bigger things in the future.

They include West Ham United, who have been drawn in Group B alongside FCSB, Anderlecht and Silkeborg.

The Hammers progressed to the semi-finals of the Europa League last term and will fancy their chances of going a long way in this competition.

Villarreal are also strongly fancied to reach the latter stages of the tournament and should have little difficulty progressing to the knockout phase.

Fiorentina, Nice, AZ Alkmaar and Slavia Prague are amongst the other teams who should finish in the top two in their respective groups.

Predicting the winner of the Europa Conference League this far in advance is tough as eight teams from the Europa League will enter the tournament for the knockout stage.

Of the 32 teams in the opening phase, West Ham, Fiorentina and AZ Alkmaar leap off the page as potential winners of the competition.

The Hammers excelled in the Europa League last season and were unfortunate to meet an inspired Eintracht Frankfurt team in the semi-finals.

Having improved their squad this summer, it would be a major surprise if the Premier League club failed to make it to the latter stages.

Fiorentina and AZ Alkmaar should also be competitive, but do not rule out the possibility of a team from the Europa League dropping into this competition and lifting the trophy.

Vangelis Pavlidis has made an impressive start to the season with AZ Alkmaar and could be their danger man in Europe this season.

West Ham have paid big money to secure the services of Gianluca Scamacca this summer, and the striker is another player worth watching in the goalscoring stakes.

However, we have a sneaky suspicion that Nice could be the team who provide the top scorer in the Europa Conference League.

Gaetan Laborde and Andy Delort have already been amongst the goals this term and could be prolific scorers in UEFA’s third-tier competition.

All Europa Conference League games are available for live streaming through different platforms and providers depending on where you are in the world. See our live streams page for more information.

Group A
Group B
Group C