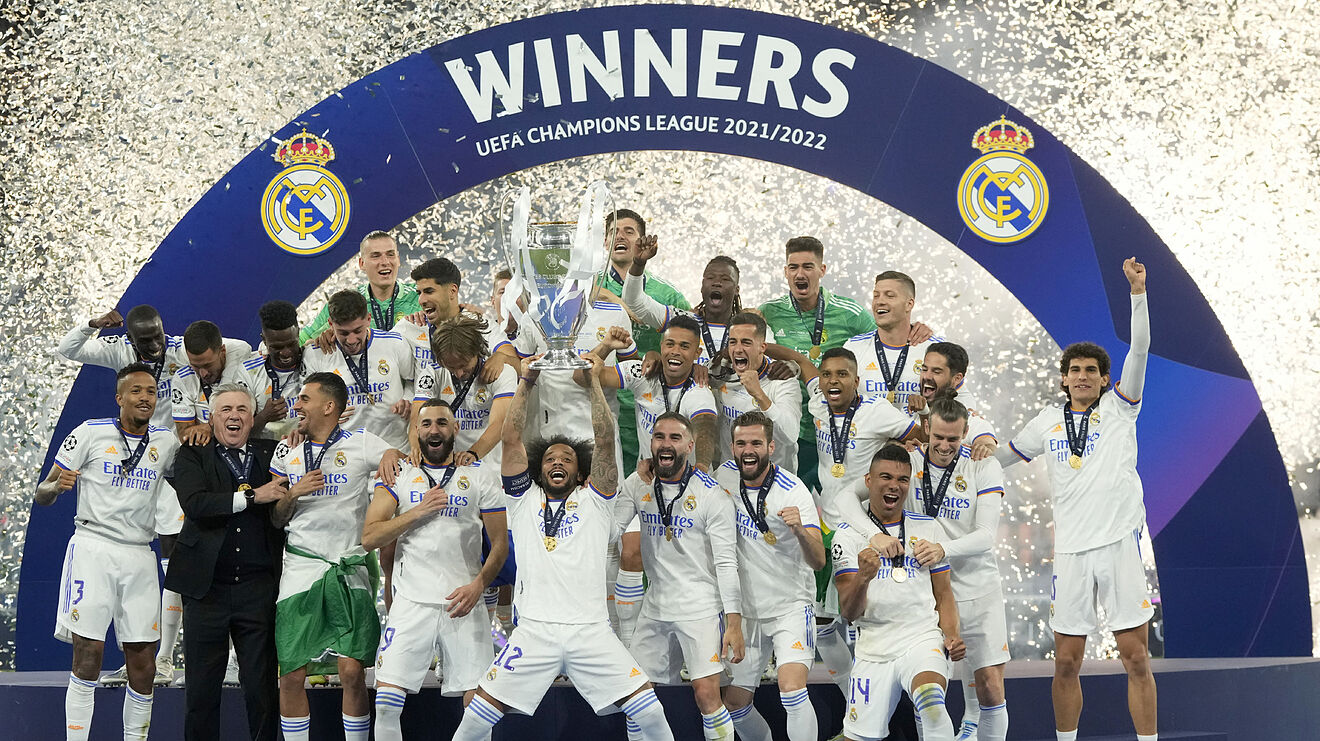 The champions of Spain and Europe, Real Madrid, begin their Champions League title defence away to Celtic in Scotland.

Bundesliga side RB Leipzig will welcome Ukrainian champions Shakhtar Donetsk to the Red Bull Arena on matchday one. Here is our preview:

Defending champions Real Madrid are heavy favourites to claim the top spot in Group F and will begin the hunt for their 15th Champions League title on the road against Celtic.

Changes in the Los Blancos squad have been limited this summer, with Aurelien Tchouameni coming in to replace Casemiro and Antonio Rudiger joining an already star-studded backline.

Carlo Ancelotti’s side is a balance of youth and experience which was pivotal to their success last season, and they will be raring to go for the crown again this season.

Celtic were impressive last season as they beat Rangers to the Scottish League crown by six points.

The only negative from their last campaign was their elimination at the group stage of the Europa League, followed by immediate elimination from the Europa Conference League by Bodø/Glimt.

However, Angelos Postecoglou’s side have started the new campaign as they mean to go on and are in exciting form with five wins from five games so far, scoring 21 goals and conceding just one.

With the group rounded up by Ukrainian champions Shakhtar Donetsk and Bundesliga side RB Leipzig, Celtic will fancy their chances of joining Madrid in the round of 16.

But it will not be easy as they are evenly matched with the other teams.

RB Leipzig will also be optimistic about their chances, but they have not begun their Bundesliga campaign well, with just one win in their first four games.

Their early season form does not mean they cannot turn it up a notch on Europe’s biggest stage, but it would also pose a concern for manager Domenico Tedesco.

A third-place finish would see them relegated to the Europa League, where they were knocked out by Rangers in the Semifinals last season.

However, if Tedesco can get his side firing on all cylinders, especially with the return of the club’s all-time goal scorer Timo Werner, they can challenge Celtic for the second spot.

Despite the war, Shakhtar will be able to compete in the Champions League, which is perhaps the most exciting yet emotional aspect of Group F, although they will play their home games in Warsaw, Poland.

They have also lost large numbers of their players after FIFA allowed them to break their contracts.

They also managed just two goals while shipping in 12 goals, and this season could be no different as the Ukrainians look set to finish bottom of the pile in Group F in an emotional campaign.