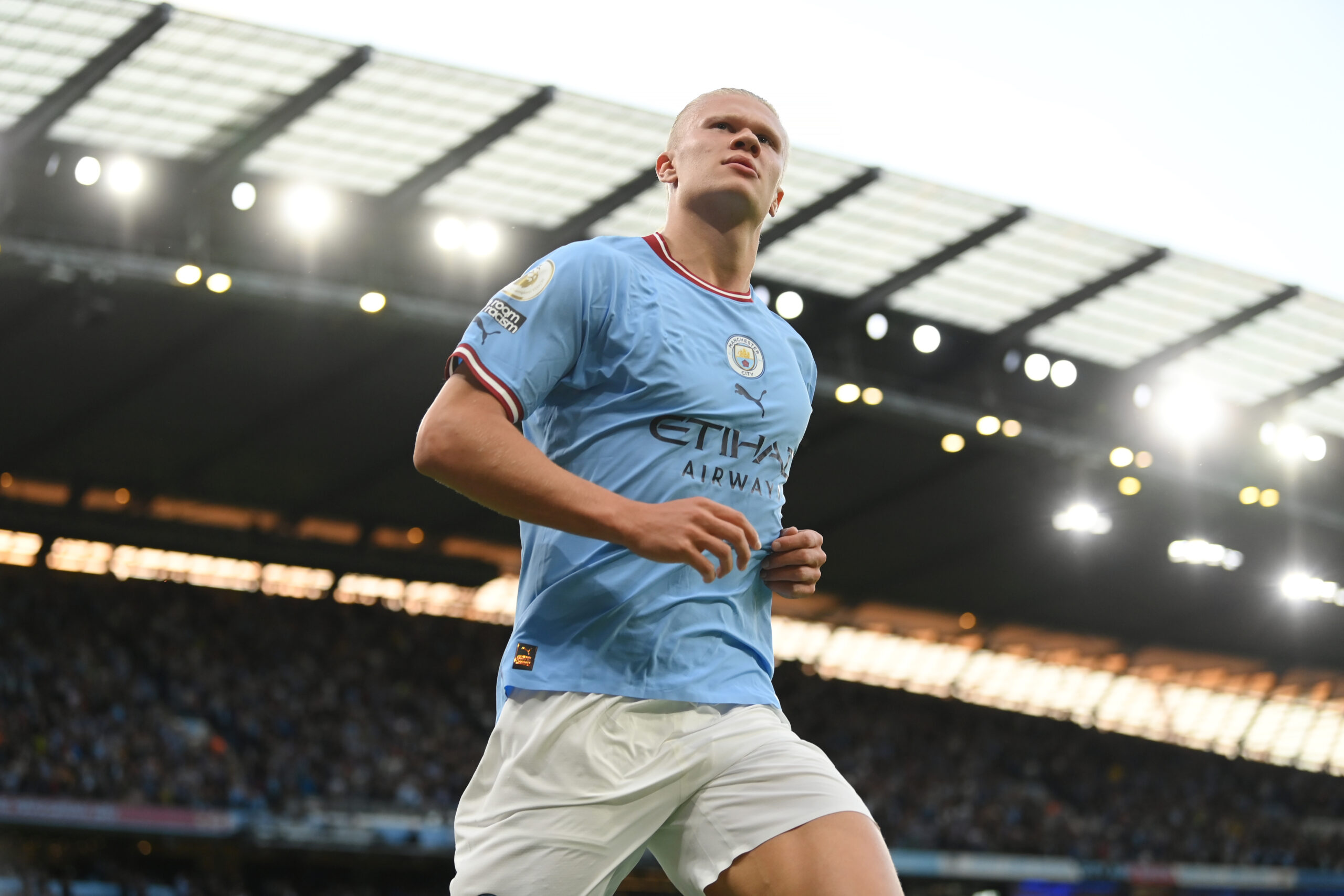 In Group G of the Champions League, we’ll get an early glimpse at one of our favourites for the trophy, as Manchester City look to put an end to their European jinx.

But they have a tough opening, facing Borussia Dortmund, Sevilla and FC Copenhagen in the group stages. Here is our preview:

Despite being so impressive domestically, European glory continues to evade Man City. Once again, they enter the competition as one of the favourites for the trophy – will things be different this time around?

They’ll be hoping that summer signing Erling Haaland can be the difference-maker for them this year. The Norwegian has a stunning record in the Champions League, netting 23 goals in just 19 appearances.

However, his contributions last year weren’t enough to take Borussia Dortmund into the knockout stages. They finished third in their group, behind Ajax and Sporting CP.

Nonetheless, they’ve made an encouraging start to the campaign, winning four of their opening five. If they can maintain this form, they ought to have enough to progress.

In contrast, Sevilla have begun disastrously, picking up just one point from their opening three La Liga outings. They also exited in the group stage last term, finishing behind Lille and Red Bull Salzburg.

As for FC Copenhagen, their triumph in the Danish Superliga earned them a place in the Champions League for the first time since the 2016/17 campaign. They have only ever progressed to the knockout stages once, reaching the round of 16 in 2010/11.

Man City and Borussia Dortmund are the obvious favourites, and we expect that they’ll be the two to qualify for the next round. Sevilla will pose a threat, but it’s difficult to see much joy for FC Copenhagen.