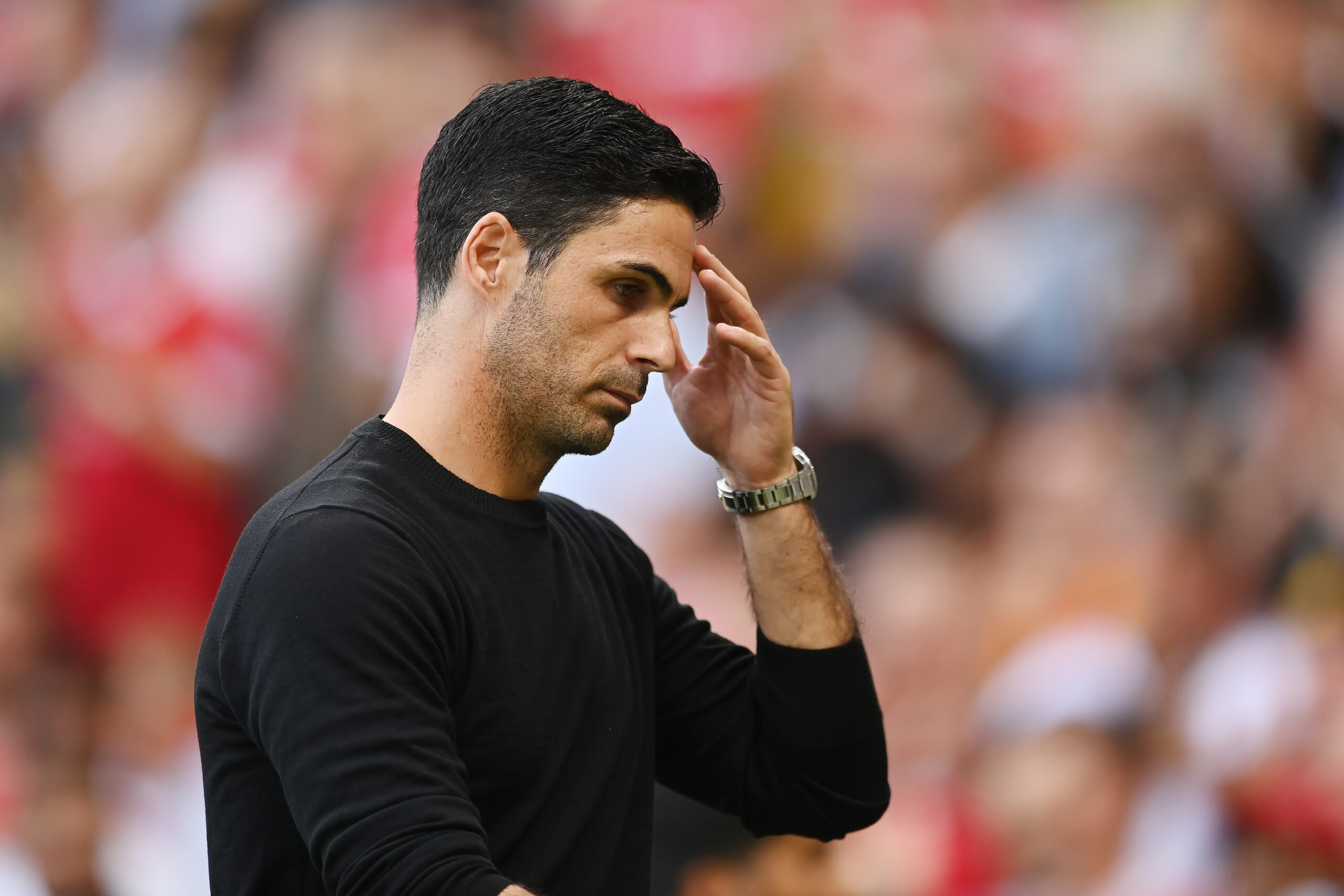 Not only did Arsenal didn’t deserve to lose at Old Trafford, but they should also have won because ‘the game was there for the taking’ according to manager Mikel Arteta.

Marcus Rashford’s double and a debut goal for Antony secured Manchester United a fourth successive victory as a 3-1 win ended Arsenal’s perfect start to the Premier League on Sunday.

Speaking about the game, Arteta said:

“I said at half time to the boys, ‘The game is there for the taking. If we play with even more courage, we’re going to win the game.’

“And we went to 1-1 and we should have been 2 or 3-1. And in the best moment, again, we give the ball away in a dangerous area. And on top of that, we step in when we can never do that again.

“That’s it. And we suffered a goal. So , it is a big lesson. You want to win here, you have to do everything so right, and especially if you don’t do it there, then in the opponent’s goal, with the amount of chances that we created, you need to score more goals.”

Speaking about being top of the Premier League table, Arteta added: “To be consistent with the top teams and challenging really at the top of this league, you have to come here, play the way you play but win. And that’s a very different story. But to play the way we have played here today, I want to see how many teams they do this season.”

When asked about whether Arsenal players would be affected by the defeat, Arteta rejected the notion:

“It won’t happen. That won’t happen because the performance is there and we know where we lacked today, the details to lose the game.

“You are here and you have a very different performance with the same result then is a hard one to take because you are questioning your level. I don’t think there’s any question about the level there.”

Arsenal travel to Switzerland midweek to play Zurich away in the Europa League on Thursday, before hosting Everton at home on Sunday.