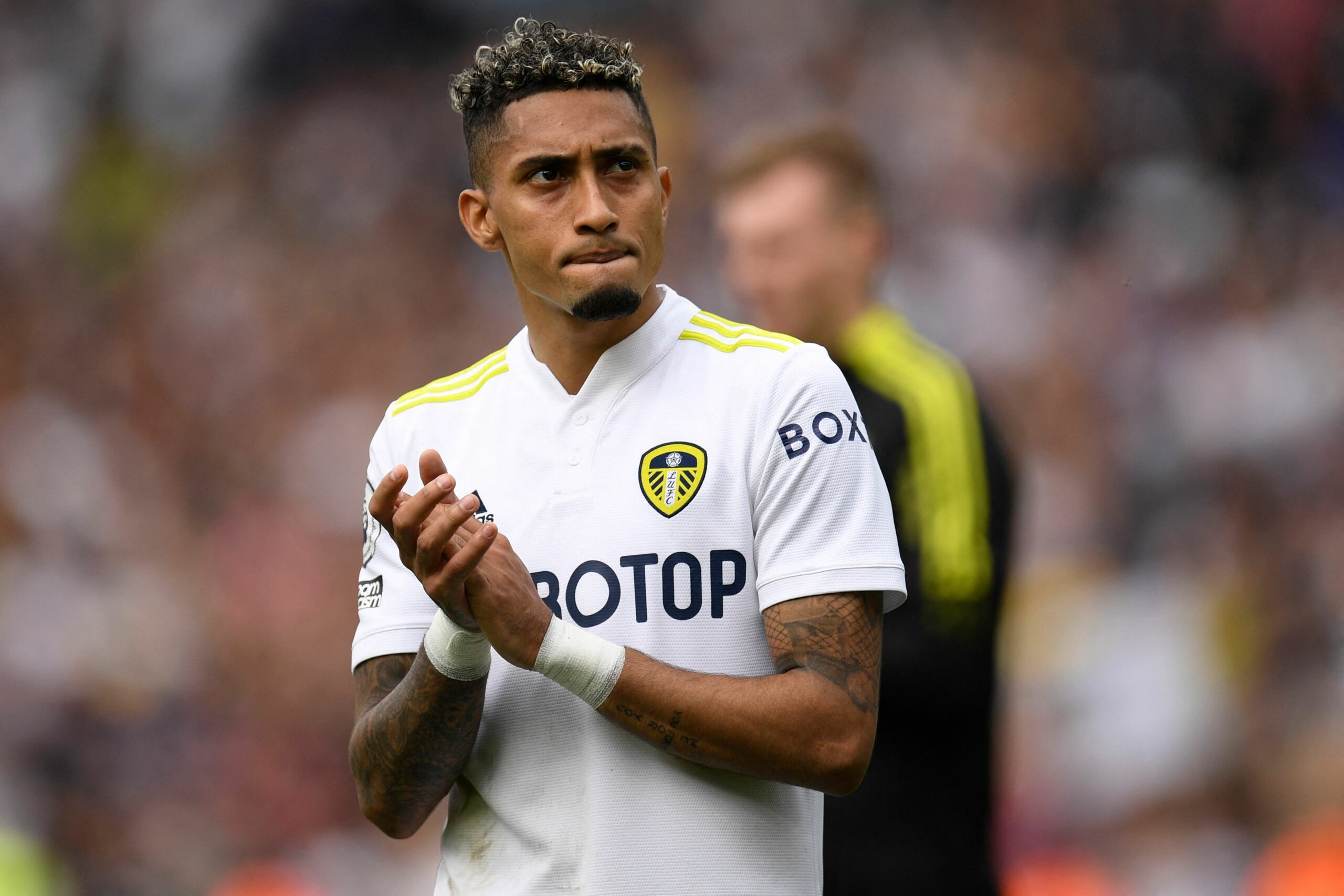 Leeds United pulled off an incredible feat when they defeated Brentford on the last day of the 2021-22 season to secure Premier League survival.

They will be hoping to avoid a relegation battle this campaign after enjoying a good Premier League summer transfer window.

The Whites lost Raphinha and Kalvin Phillips to Barcelona and Manchester City respectively, while Daniel James joined Fulham on a season-long loan.

However, Leeds fans will be happy to see that they have invested their transfer money well on new recruits with potential.

Most of their signings happened early in the summer while transfer-related activities were limited at Elland Road late in the window.

However, deadline day proved to be massively disappointing for them as they missed out on Bamba Dieng. The Whites were close to sealing a move when OGC Nice swooped in and now the Senegal international looks to be heading to France.

With the deadline nearing, the Yorkshire side were desperately trying to sign a new striker. They attempted to land Ben Brereton Diaz from Blackburn Rovers but failed to get a deal over the line. Ultimately, they had to settle for Wilfried Gnonto who arrived from FC Zurich.

USMNT star Brendon Aaronson was the first arrival at Leeds United this summer. The 21-year-old cost them around £24.7 million to seal a move from Red Bull Salzburg.

Aaronson was an important member of the Red Bulls team that won the Austrian Bundesliga and Austrian Cup last season. He made 41 appearances across all competitions, scoring six goals and bagging 10 assists.

The American footballer primarily features as an attacking midfielder but he can also play in a range of roles.

Rasmus Kristensen was the second RB Salzburg player who joined the club in this transfer window. The Whites sealed a move for around £10m fee, beating off competition from Brentford and Borussia Dortmund in the process.

Jesse Marsch knows both Aaronson and Kristensen well, having worked with them during his time in Austria. The Denmark international also played an instrumental role in helping his side win the league title and the Austrian Cup last term.

Marc Roca started his football career at Espanyol where he established himself as a regular member of the team. His performances caught the attention of Bayern Munich who signed him in the summer of 2020.

The 25-year-old struggled for game time in Germany but now he will be hoping to reignite his career at Leeds United who splashed £10m to secure his services.

Darko Gyabi, the fourth arrival at Elland Road, is a relatively unknown figure but he can be a future star at the Peacocks.

He has impressed with his performances for Manchester City’s youth teams and also has 12 caps for England at that level.

Leeds lost Kalvin Phillips to City who splashed out £42m to sign him. The Whites spent £20m to bring Tyler Adams from RB Leipzig as a replacement for the England international.

The 23-year-old played an important role in helping his side reach the Champions League semi-finals in 2020 where they ultimately lost to Paris Saint-Germain.

Luis Sinisterra is an excellent acquisition for Leeds who brought him as a replacement for Raphinha in a deal worth around £20m.

He was highly impressive for the Eredivisie side last season, helping them reach the Europa Conference League final.

The Colombia international made 49 appearances across all competitions, scoring 23 goals and creating 14 assists. He was also named Europa Conference League young player of the season.

Sonny Perkins was one of the brightest youngsters at West Ham United. However, the forward wasn’t interested in signing a new contract and the Whites beat off competition from Aston Villa and Tottenham Hotspur to secure his services.

He has impressed with his performances for West Ham’s youth teams and has the capability to be a future star at Leeds.

Leeds needed to sign a player to provide back-up to their first-choice goalkeeper Illan Meslier. They brought in Joel Robles from Real Betis, where he played 78 matches across all competitions.

Robles is an academy product of Atletico Madrid who made seven appearances for the Spanish side before making a move to Rayo Vallecano. The 32-year-old has also played in the Premier League during his time at Everton.

Leeds wanted to sign Bamba Dieng on deadline day but they failed to secure a deal for the Senegal international. The Whites ultimately sealed a move for Wilfried Gnonto from FC Zurich.

The Italian is regarded as one of Europe’s hottest prospects but the Whites may have been better served by signing a more experienced forward.