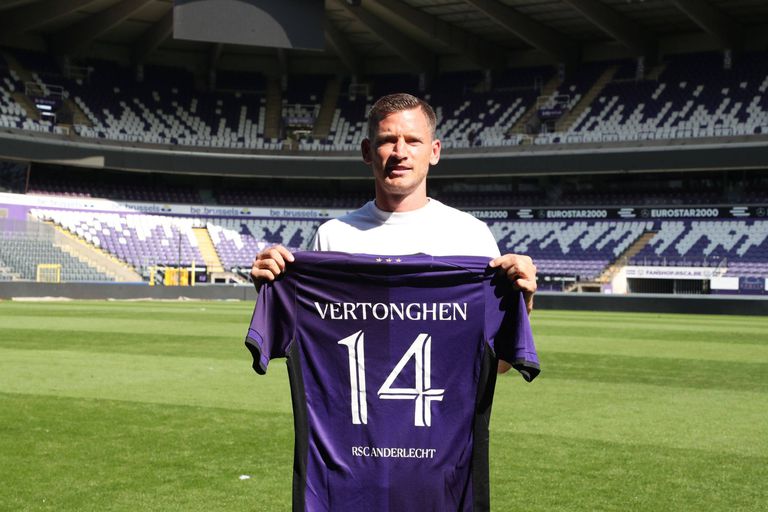 Centre-back Jan Vertonghen has completed his move to Belgium with Anderlecht after leaving Portuguese giants Benfica.

He has signed a two-year deal with Belgium’s most successful club and will wear the number 14 jersey.

Despite earning 139 caps for Belgium, the 35-year-old has never competed in the Belgian Pro League.

He graduated from the Jong Ajax academy and debuted for the senior team in August 2006.

Vertonghen made 220 appearances for Ajax. He left for Tottenham Hotspur, where he made another 315 appearances across eight years.

He signed for Benfica in 2020, adding experience to their backline. Vertonghen has spent the last two seasons in Portugal, but he will return home for game time.

Vertonghen hopes to make the 2022 World Cup in Qatar. He wants to play to maximise his chances of being on the plane.

The defender told the club’s official website: “There have been talks with RSC Anderlecht in the past already, but suddenly everything fell into place.

“I’ve been following the club’s project for a while now, and I’m convinced that with my experience, I can contribute something to this group.

“This is simply the right step in my career, and I’m really looking forward to playing my first game at the Lotto Park.”

Anderlecht CEO Peter Verbeke added: “Jan is highly motivated to give everything for RSCA in the next two seasons. He has specific goals in mind that he wants to achieve with this club.

“With his winning mentality, experience, and of course his qualities, he is a great addition to our squad.”

Vertonghen becomes the seventh summer signing for Les Mauves. He will hope his experience can help propel the club back to the upper echelons of the league standings after an uneasy start to the campaign.