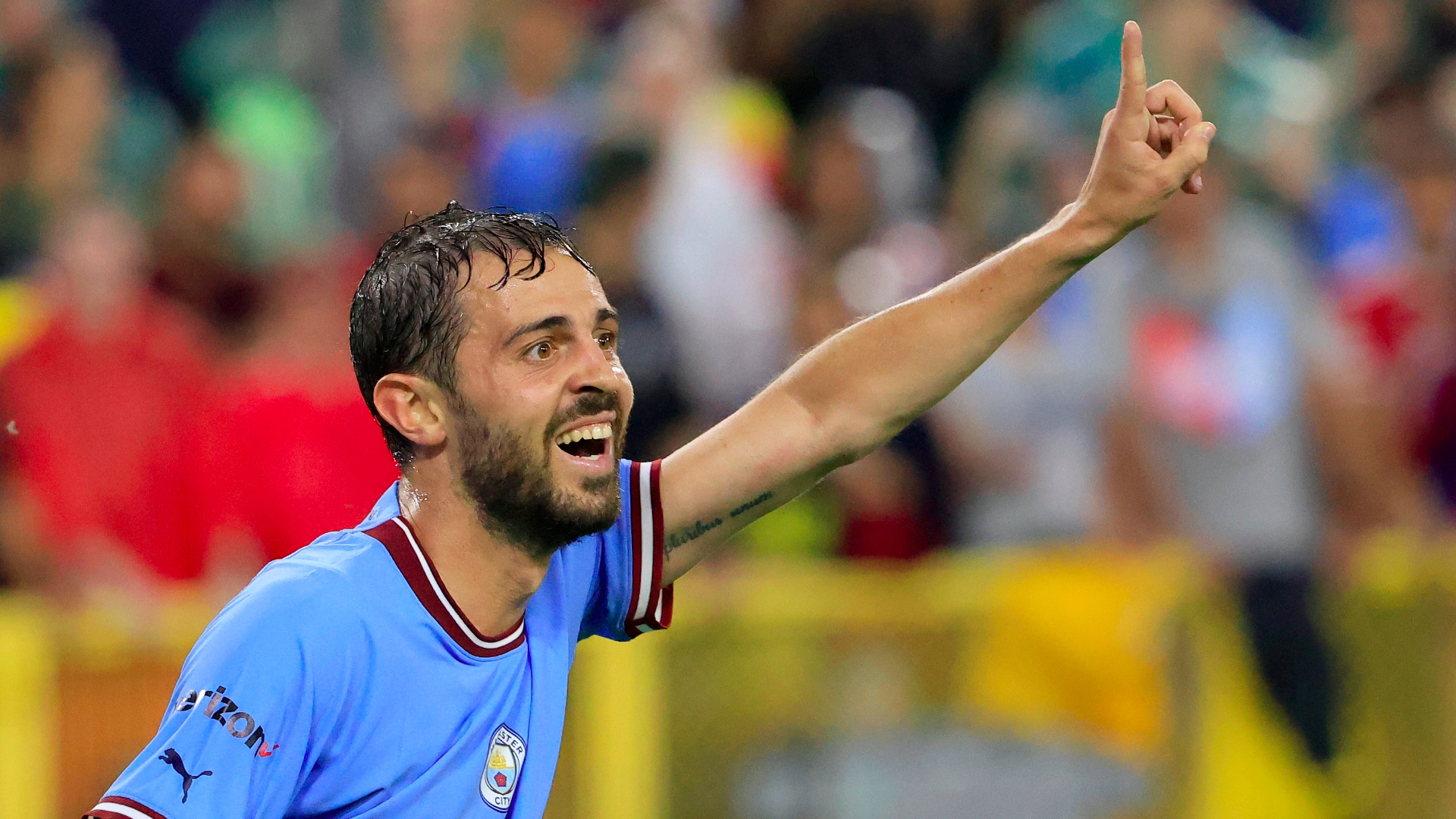 Manchester City forward Bernardo Silva has explained his decision to stay at the Etihad Stadium this summer, via Goal.

The 28-year-old was linked with a move away from City, with Barcelona and Paris Saint-Germain slugging it out for his services.

Barca had an understanding with the player, who was told to wait for an offer from the Spanish giants. He also chatted with Xavi, who played his part in convincing Silva about the move by selling the club’s project.

However, Barca’s financial problems along with Frenkie de Jong’s refusal to leave the Spotify Camp Nou threw a wrench in their plans.

PSG also declared interest in the versatile midfielder but saw their €70 million bid turned down by City, who insisted they would not consider a fee less than €100m.

The French giants did not return with a second bid and, despite waiting all summer, an official offer never came in from Barca, and the Portuguese maestro resolved to stay in England.

The former Benfica man claims that only one club submitted a formal offer to sign him from the City this summer.

Despite being disappointed that his preferred move to Spain did not materialise, he insisted that he is more than happy to stay with the champions of England.

“It is one of the top three clubs in the world right now probably so I could not be better here,” he said. “It is a club I want to be at, and I am happy.”

“It was not a tough decision because there were no offers. There was one offer from one team, no more than that, so it was quite easy for me and the club because the only offer that came, came quite late so for the club to find a replacement it would not be easy.”

The biggest winners from the failed transfer are Pep Guardiola and City, who get to keep their star midfielder for at least another season.

Silva has started each of City’s last three games, contributing two goals and two assists in that span.