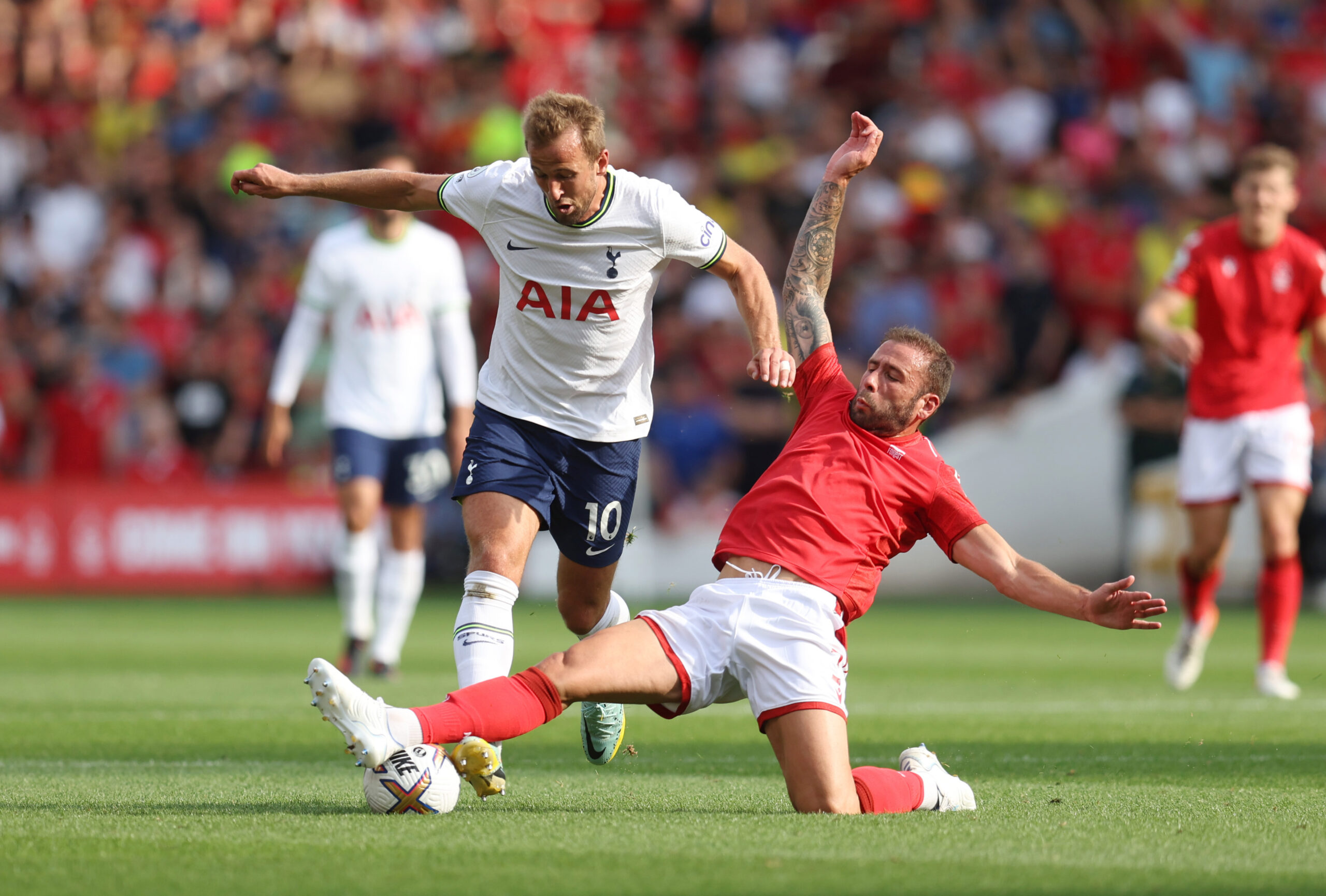 Harry Kane netted a double against Nottingham Forest on Sunday to move up to joint third place in the all-time Premier League top scorers list.

His tally of 187 goals puts him level with Andrew Cole and 21 behind Wayne Rooney. However, the big question is can he catch Alan Shearer?

The former Blackburn Rovers and Newcastle United star netted 260 goals in the top flight, meaning Kane needs another 74 to set a new record.

During his eight full seasons as a first-team regular at Spurs, Kane has averaged 22.5 goals per campaign. At that pace, he would break the record in the next four years.

However, Kane’s productivity has dipped in the past four seasons, with his average falling to 18.75 goals during that period.

Shearer’s seasonal average dropped to 15.8 goals during his final five years in the Premier League. That highlights how difficult it is for strikers to maintain the same output as they grow older.

Injuries have played a part in hindering the Spurs’ striker’s bid to overhaul Shearer, and he will need to stay fit if he is to achieve the feat.

The next three seasons are likely to be crucial to Kane’s hopes of setting a new record.

If he continues with the same goals average he has produced over the past four seasons, he will be 18 goals short of Shearer’s tally when he turns 32.

Shearer played until he was 34, but netted just 17 goals in his final 60 league appearances for the Magpies.

On that basis, there is no guarantee that Kane will overtake the legendary striker.

The Spurs star should become England’s all-time top scorer, as he needs four to beat Rooney’s tally of 53 goals.

However, beating Shearer’s impressive Premier League total is not a foregone conclusion, particularly given Kane’s penchant for picking up injuries.