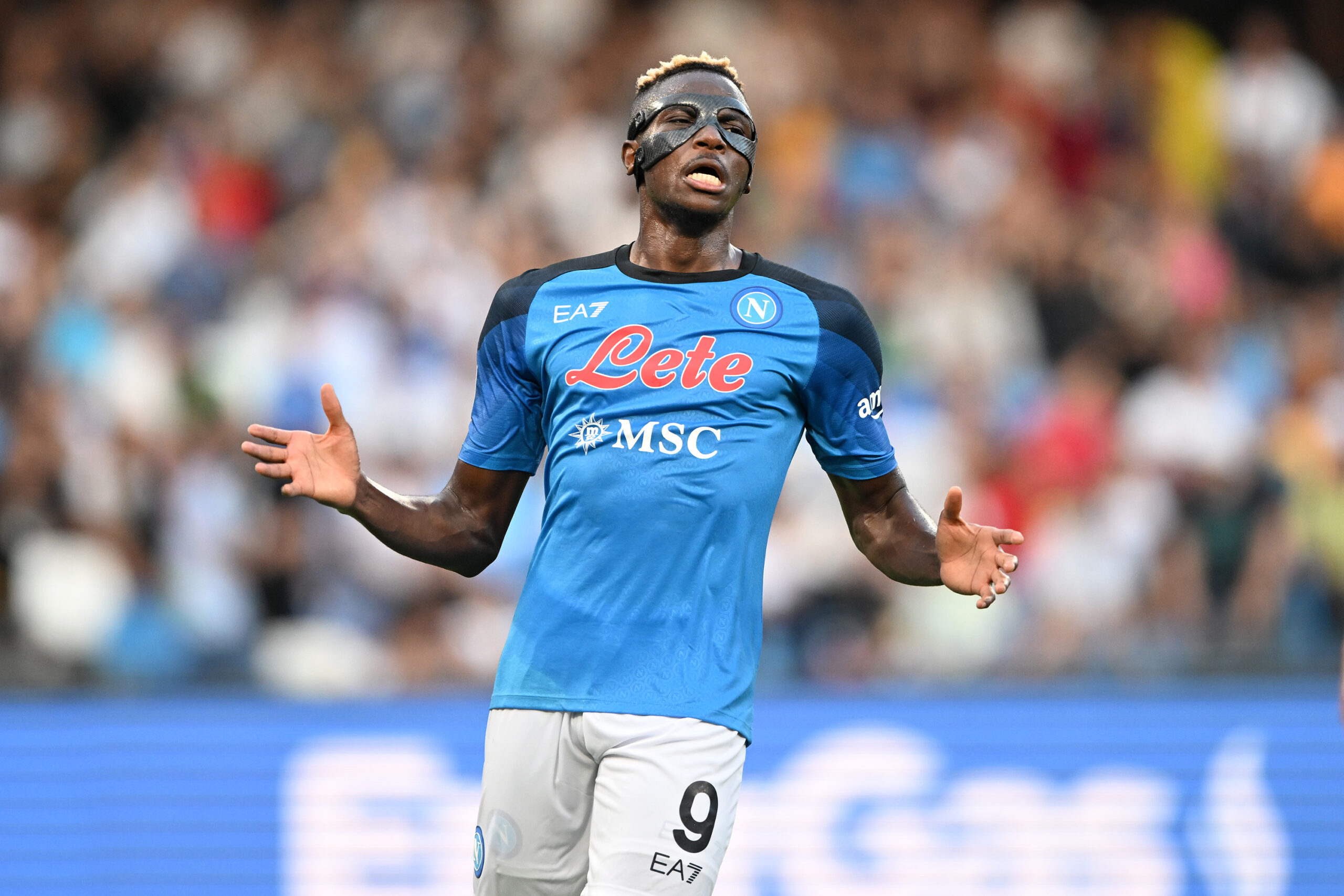 The agent of Nigerian striker Victor Osimhen has blocked the player’s move to Manchester United, according to Il Mattino.

For unknown reasons, the agent is standing in the way of the deal happening this summer.

Osimhen is United’s primary target for their centre-forward position after scoring 14 Serie A goals last term and assisting two more.

Any deal for Osimhen is linked to the Cristiano Ronaldo to Napoli transfer which super agent Jorge Mendes is engineering for his client.

Mendes has been proposing a move for Ronaldo to several European clubs. Bayern Munich, Borussia Dortmund, Paris Saint-Germain and Chelsea have all rejected the chance to sign the five-time Ballon d’Or winner.

He proposed Ronaldo to Napoli, and the club has shown interest. However, it is a complicated deal to pull off this late in the transfer window.

Manchester United will be in the market for a new striker if Ronaldo leaves, and they are targeting Osimhen to fill the void.

Napoli will demand around €100 million for the 23-year-old striker and they want Ronaldo on loan. Deals of that magnitude take time to sort out, and there is not much time left in the window.

They are also concerned that Ronaldo will massively disrupt the wage structure within the club.

The Partenopei only managed to reduce their wage bill this summer. They let go of top earners like Kalidou Koulibaly, Lorenzo Insigne and Dries Mertens for younger talents on cheaper pay.

Bringing Ronaldo to Naples could break that wage structure.

There are also fears about the presence of Ronaldo in the Napoli dressing room. At Juventus and United, Ronaldo has caused problems.

The former Real Madrid attacker has been a distracting presence at United this summer. He has been sulking while pushing for a move away from the club, and the Italian club will be wary.

Napoli president Aurelio De Laurentiis does not tolerate player power. He will have concerns about adding a figure like Ronaldo to his dressing room.