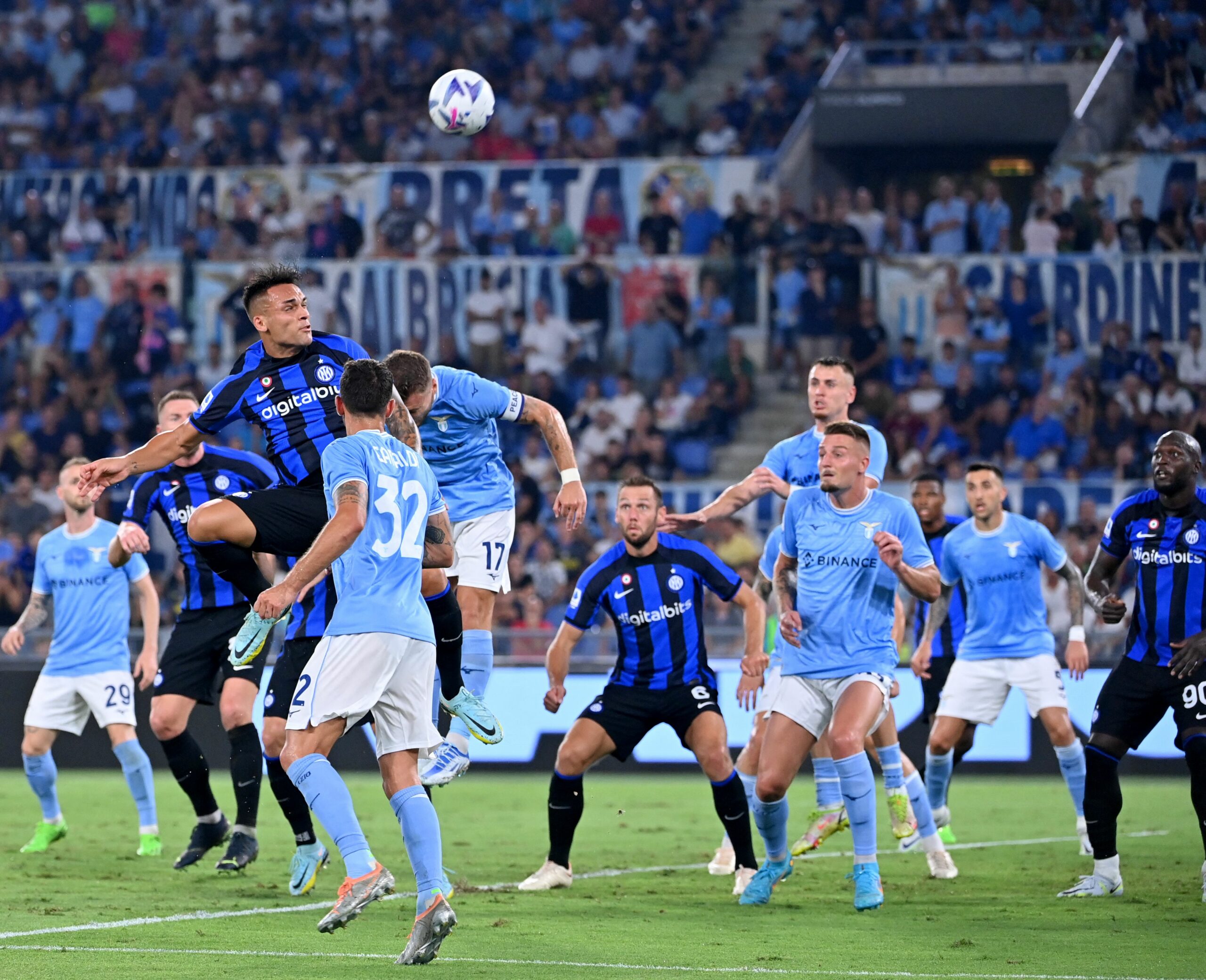 It has been an interesting weekend in Serie A with a handful of upsets and intriguing results. Every club has dropped points after three matches and there are no clear favourites in the Scudetto race.

Let’s take a look at everything that happened in Italy’s top-flight on Matchday 3.

Inter lost their first match of the season in a 3-1 defeat to Lazio at the Stadio Olimpico.

It was former Lazio coach Simone Inzaghi’s second return match to the Olimpico after leaving the Biancocelesti in 2021. Ironically, this fixture last season also ended with the same scoreline.

Sergej Milinković-Savić sent a phenomenal through ball to Felipe Anderson and the Brazilian ran behind Federico Dimarco to head home the opener.

Inter responded six minutes into the second-half as an unmarked Lautaro Martínez found the equaliser after a poorly defended free-kick from Lazio.

Pedro collected a loose cross and passed it to Luis Alberto, who sent a first-time shot into the top right corner from outside the Inter box.

The two Lazio substitutes combined again ten minutes later through a curling shot from Pedro that sealed the victory for the home side.

The highly-anticipated clash between Juventus and Roma ended in 1-1 draw at the Allianz Stadium.

The Bianconeri needed just two minutes to take the lead as Dušan Vlahović scored a free-kick off the crossbar and into the goal, leaving goalkeeper Rui Patrício no time to react.

Juventus extended their lead through an outside-the-box effort from Manuel Locatelli, but VAR overruled the goal for a Vlahović handball in the build-up.

Roma failed to create any meaningful chances in the opening half, while Max Allegri’s side lacked the finishing touch on several chances.

In the 69th minute, Lorenzo Pellegrini sent a corner-kick to the far post that was scissor-kicked across the face of the goal by former Juventus player Paulo Dybala. Tammy Abraham reached the ball first and headed it past Szczęsny to level the score.

Jose Mourinho subbed off the Argentine for defender Marash Kumbulla moments later, and it was enough to secure the draw for the Giallorossi.

Milan returned to winning ways after last weekend’s uninspiring draw with a convincing 2-0 victory over Bologna at the San Siro.

In his first start for the club, Charles De Ketelaere won the ball in the midfield to start a Milan counter-attack and squared the ball to Rafael Leão, who wrong-footed Łukasz Skorupski to open the scoring.

Milan doubled their lead into the second half as Leão intercepted Andrea Cambiaso’s switch ball. The Portuguese winger curled a cross over the top for Olivier Giroud, and the Frenchman sent an over-the-shoulder volley into the bottom right corner to open his scoring account for the season.

The visitors did not register a single shot on target as the Rossoneri were in control of the tempo for most of the match and will look to carry their form into next weekend’s derby with Inter.

After scoring nine goals in their opening two matches, Napoli were held to a 0-0 draw with Fiorentina at the Stadio Artemio Franchi.

There were a few significant chances from both sides throughout the match, most notably Hirving Lozano’s header that narrowly missed and Antonín Barák’s effort that went marginally wide.

Napoli retain the top spot in the Serie A table alongside Atalanta, Lazio, Milan, Roma and Torino. La Viola recorded their third consecutive goalless draw in all competitions.

Elsewhere around the league

Atalanta maintained their unbeaten start to the season with a narrow 1-0 victory over Hellas Verona at the Marcantonio Bentegodi Stadium.

Teun Koopmeiners broke the deadlock with a stunning low, arrowed shot from range, and his goal was enough to take all three points.

Salernitana outclassed Sampdoria with an unexpected 4-0 win at the Arechi Stadium. Four different players made it on the scoresheet as the Granata scored three or more goals in Serie A for the first time since being promoted two seasons ago.

Newly-promoted sides Cremonese and Lecce remain the only teams who have failed to pick up a single point in the opening three matches.