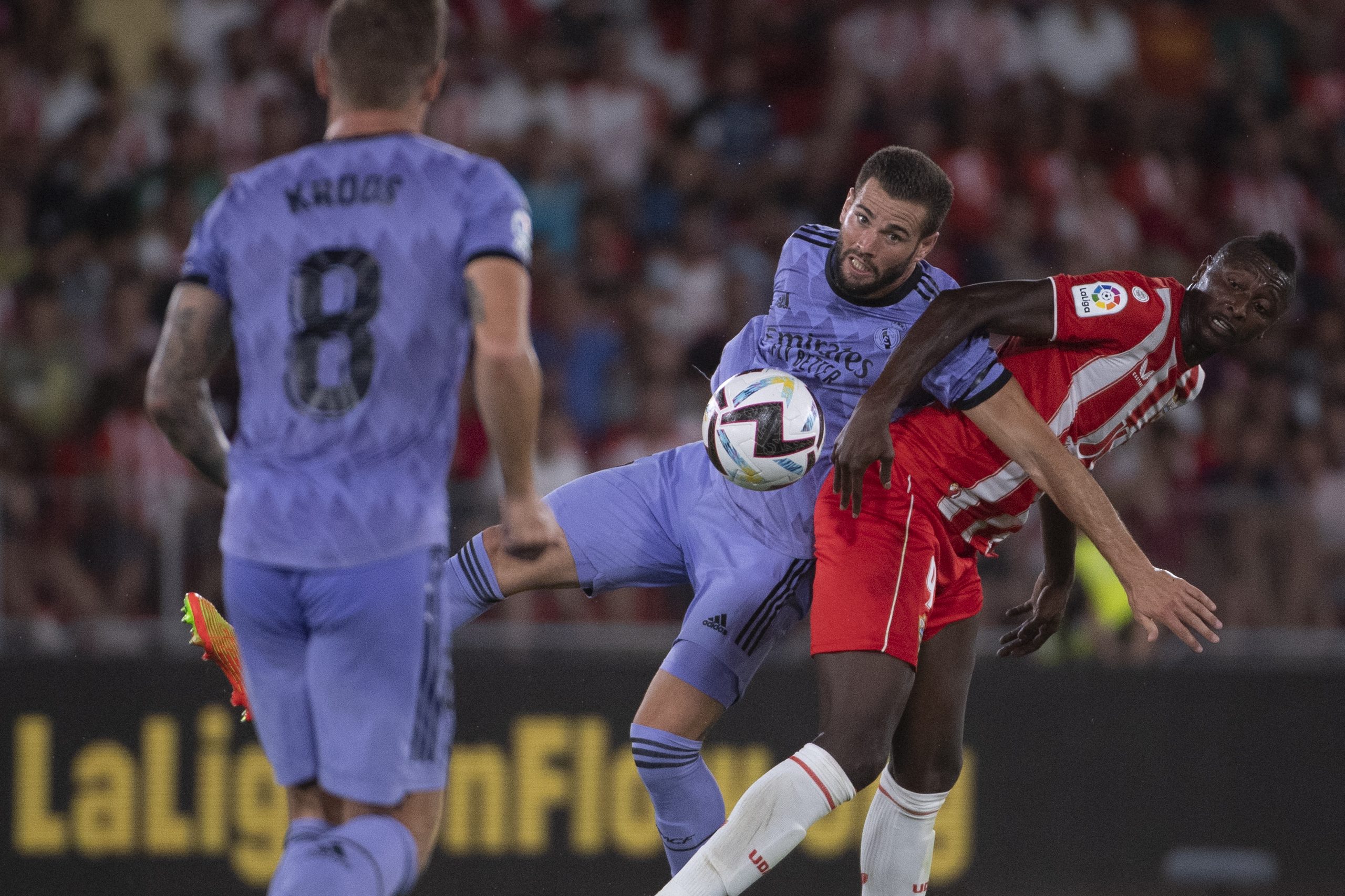 Real Sociedad are progressing in talks to sign Almeria striker Umar Sadiq, who has been identified as a replacement for Alexander Isak, reports Fabrizio Romano.

La Real are looking to strengthen the attacking ranks after losing Isak to Newcastle United in a deal worth €70 million.

Sociedad were interested in free agent Edinson Cavani, who is now on the verge of sealing a transfer to Valencia.

Fellow La Liga outfit Villarreal had been pursuing Sadiq but talks broke down, allowing Sociedad to move ahead in the transfer race.

The Nigerian centre-forward has been in a rich vein of form over the past couple of years. He was instrumental in Almeria winning promotion to La Liga last term, netting 18 goals and nine assists in the Segunda Division.

He is also off to a great start to the new season, already finding the net twice in three league appearances, thus taking his overall tally to 43 goals and 19 assists in 84 games for Almeria.

Sadiq’s rise to prominence at Almeria also saw him earn his debut with the Nigerian national team earlier this year and he now has seven caps.

Having already re-signed Alexander Sorloth on loan from RB Leipzig, La Real are now looking to add another prolific striker in Sadiq to the ranks.

The Super Eagles star would be a great addition to Imanol Alguacil’s side, who have been finishing in European places over the last two seasons.

La Real have so far collected two wins in three La Liga games this season, including the victory against Elche over the weekend.