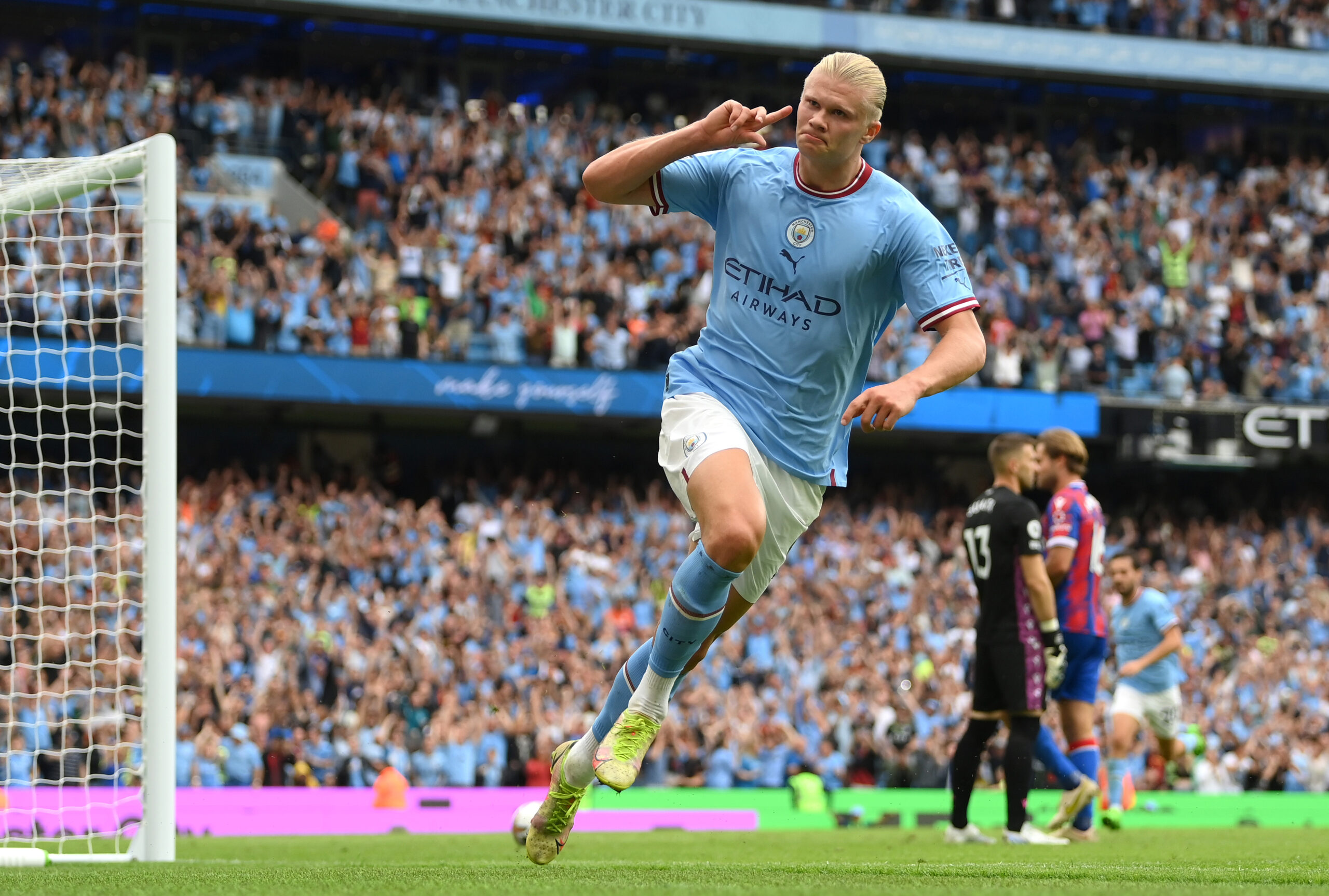 Unsurprisingly, the two sides will meet in contrasting circumstances.

Once again, Pep Guardiola’s men made the possible the predictable, as they picked themselves up from a 2-0 down to beat Crystal Palace 4-2 at home last weekend.

Though the Cityzens continue to look like a well-oiled machine, giving away two-goal leads to their opponents has recently become a habit for the back-to-back Premier League champions.

Indeed, Man City have found themselves trailing by two goals in four of their last six league appearances, although they battled back to avoid defeat on each occasion (W2, D2).

But there is not a shred of doubt that Guardiola would like to see more urgency from his players from the offset, and what better place to start than at home against the Premier League newcomers?

Despite picking up just one victory from their opening four league matches (D1, L2), Steve Cooper’s men deserve the benefit of the doubt, especially following their performance against Tottenham Hotspur.

Forest eventually ended up losing 2-0 to Spurs, but they gave Antonio Conte’s side a run for their money, showing why many aptly call them the Tricky Trees.

As mentioned above, Guardiola’s men have been dancing on the edge of destruction recently, putting themselves in a position to chase a two-goal deficit on too many occasions.

However, if we’ve learned something from the recent Man City fixtures, this squad boasts unparalleled confidence and team spirit that’s off the charts in Europe’s top-five leagues.

It did not take long for Erling Haaland to lace up his scoring boots as the Norwegian striker racked up his first Premier League hat-trick against Palace at the weekend, taking his seasonal tally to six goals.

Forest’s solitary Premier League win this season conveniently arrived at the City Ground, courtesy of a 1-0 triumph over West Ham United, but playing away from home remains a problem (D1, L1).

Coming into this mouth-watering Forest fixture, the Tricky Trees carry something their Man City counterparts have been crying for over the past decade – a European Cup.

Forest should, under any circumstances, use that to provoke the Cityzens if they are to leave the Etihad without being humiliated.

Man City vs Forest, alongside all other fixtures in England’s top flight, is available to watch online via Premier League live streams.

Based on Man City’s rampant scoring form, we would be forgiven for thinking that score could look way worse come Wednesday.