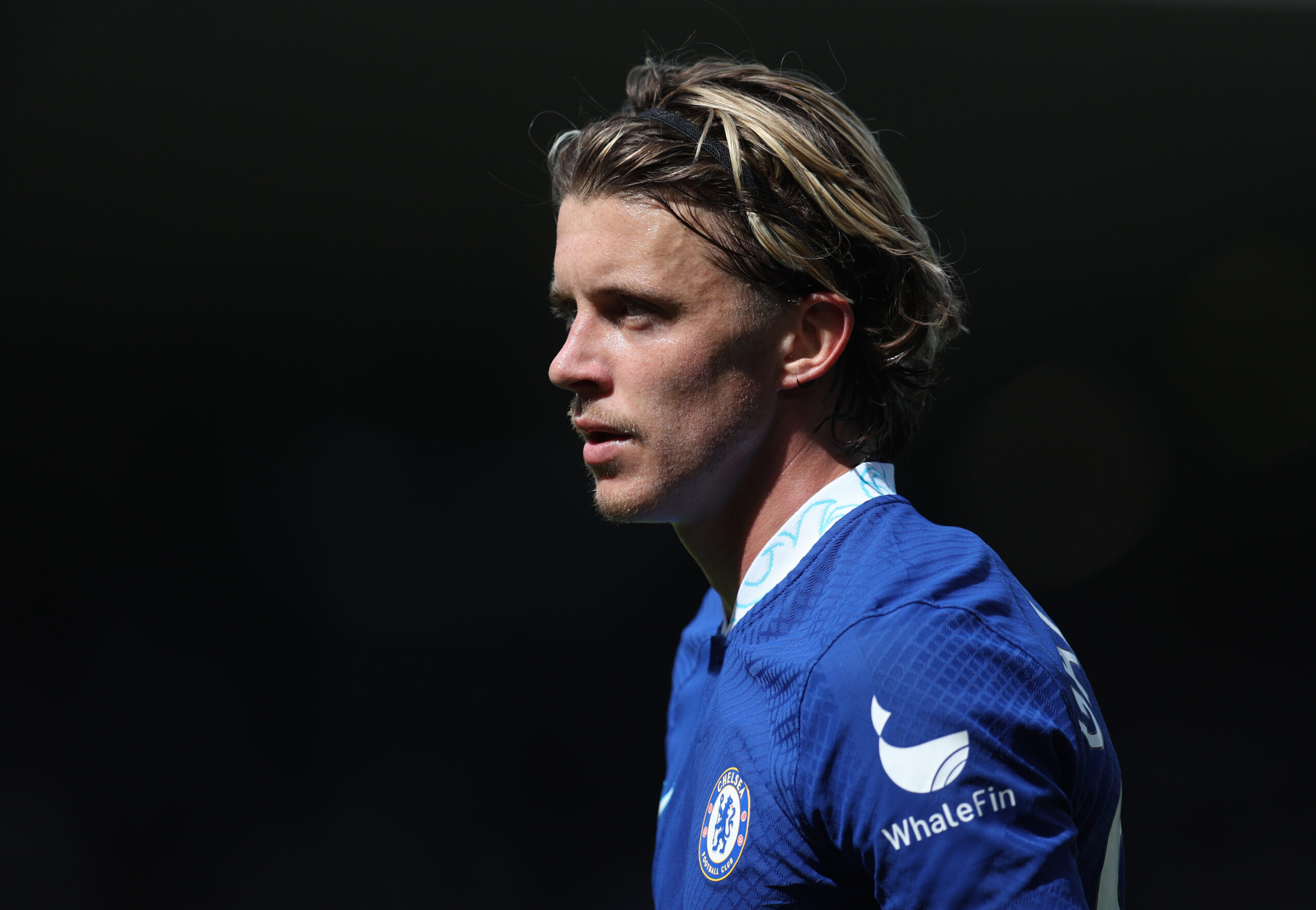 Crystal Palace have made a bid for England international Conor Gallagher, reports The Times.

Gallagher has been at Chelsea since his youth days, first arriving in the academy in 2008 and earning a professional contract in 2019. He spent his first three seasons out on loan, lining up for Charlton Athletic, Swansea City, West Bromwich Albion, and Crystal Palace.

At the Eagles, the youngster began to make a name for himself. He was the club’s second-top scorer, finding the net on eight occasions. This form was enough to impress England boss Gareth Southgate, who handed him his international debut in November 2021.

Following his fine spell at Selhurst Park, the 22-year-old was expected to be a key player for the Blues in the coming season.

However, he has struggled to find his best form so far. He was singled out for criticism in the 3-0 defeat against Leeds United, and was sent off in the first half of his side’s 2-1 victory over Leicester City.

And that red card may be his last contribution at Chelsea. According to The Times, Crystal Palace have launched a £27m bid to bring back their former loanee.

It is believed that Gallagher wants to secure himself regular game time to give himself the best chance of featuring at the World Cup in November. He is competing with the likes of Declan Rice, Kalvin Phillips, Jude Bellingham, Mason Mount, Jordan Henderson, and James Ward-Prowse for a place in the Three Lions’ squad, and it is likely that at least two will be left at home.

Patrick Vieira’s men have made a bright start to the season. They have only four points from their opening four outings, but this doesn’t tell the full story – three of these matches were against Arsenal, Liverpool, and Manchester City, all of whom they gave a good game.

The London outfit haven’t brought in a natural replacement for Gallagher during the transfer window. Vieira has trusted Ebere Eze on his return from injury, and the former Queens Park Rangers man has stepped up admirably so far.

Should it go through, this deal may leave Chelsea needing a new central midfielder. N’Golo Kante has suffered several fitness issues, while the likes of Billy Gilmour, Ethan Ampadu, and Ross Barkley may also be allowed to depart before the end of the transfer window. This will leave Jorginho, Mateo Kovacic, and Ruben Loftus-Cheek as their only senior options in this position.

Elsewhere at Stamford Bridge, the signing of Leicester City’s Wesley Fofana is expected to be confirmed imminently. A move for Wilfried Zaha has also been considered, while the Blues are having doubts over their proposed swoop for Pierre-Emerick Aubameyang.