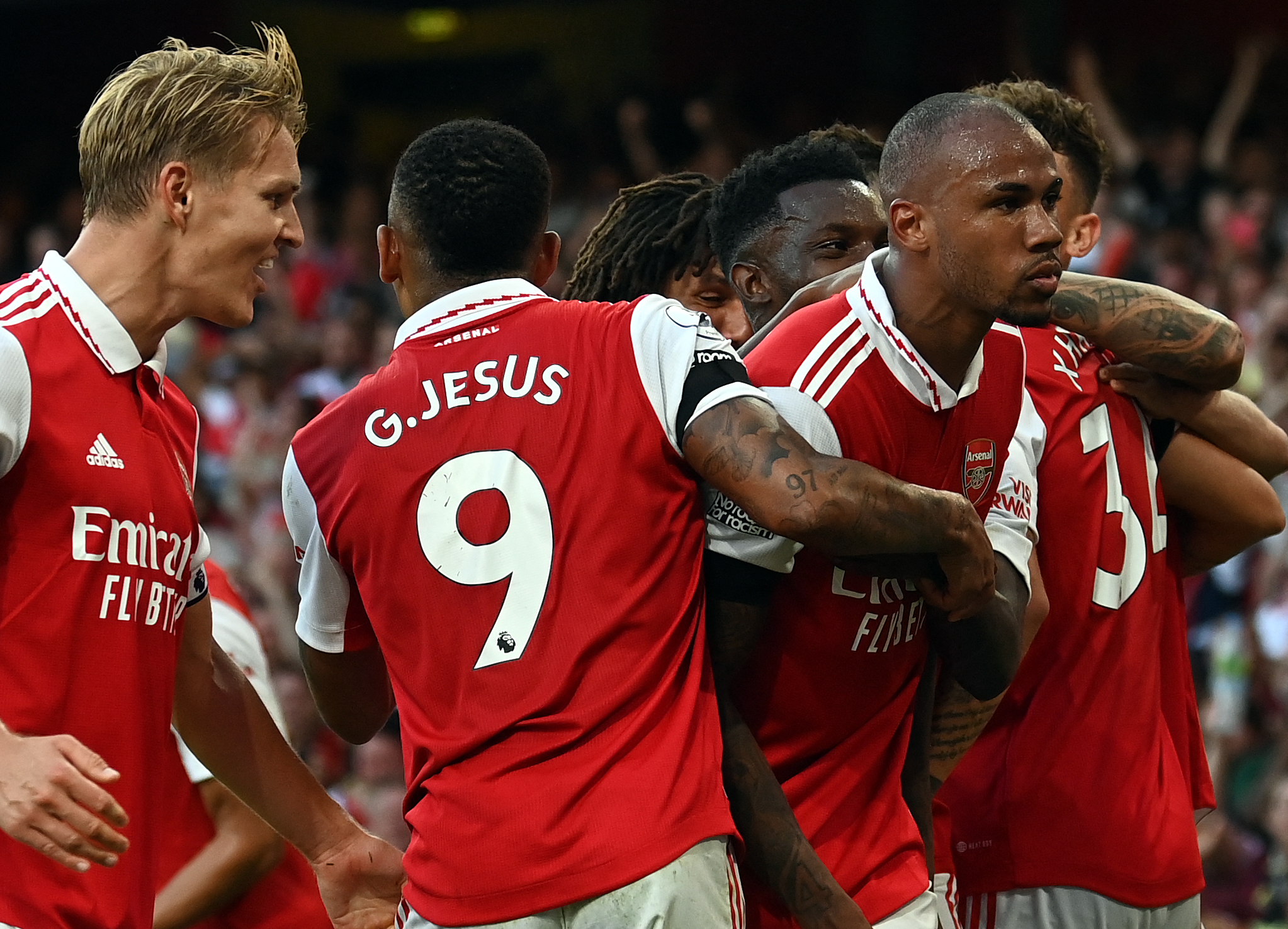 High-flying Arsenal and bottom-half strugglers Aston Villa are set to trade tackles in a high-stakes Premier League fixture at the Emirates Stadium on Wednesday.

Even the most die-hard Gunners supporters could not have hoped for such an outstanding start to the season by Mikel Arteta’s side despite their eye-catching pre-season showings.

They head into proceedings as the only Premier League side to boast a 100% win ratio after the opening four rounds, having most recently come from behind to dispatch Fulham 2-1 at home.

On only three previous occasions have Arsenal begun a new top-flight season with a run of five victories, most recently in 2004/05, when they finished runners-up after conquering the league twice beforehand.

That means a possible win over Steven Gerrard’s underachievers Villa could set the tone for potential involvement in the Premier League title race that has eluded the Londoners since Arsene Wenger’s departure.

However, the visitors will fight tooth and nail to prevent Arsenal from reaching a historically successful feat as they battle to keep their manager from being sacked.

Calls for Gerrard’s dismissal have grown in volume after the Lions succumbed to a disheartening 1-0 home loss to West Ham United at the weekend, making just three points from an available 12 this term (W1).

All that promises a keenly-contested midweek showdown in north London.

Only twice before have Arsenal started with four consecutive triumphs, the last of which was the unprecedented ‘Invincible’ 2003/04 campaign, meaning Arteta’s third season in charge could be the lucky one.

If history thought us something, Arsenal fixtures in midweek league action tend to offer plenty of joy to the Gunners crowd, as witnessed by their 48% win ratio in midweek Premier League matches overall.

There’s a good chance the Londoners could register another league win on Wednesday, considering they’ve won eight of their last 11 Premier League meetings with Villa (L3), including both in 2021/22.

In stark contrast to Arsenal’s phenomenal early season, the Lions carry an underwhelming three-game losing Premier League away streak into this encounter, last losing four consecutive away league matches in 2017.

Gerrard has found himself under severe pressure to deliver, meaning any potential collapse in the upcoming Villa fixtures could prove detrimental to his effort to remain at the helm.

But if you’re looking for an omen, only Chelsea and Manchester City have surpassed Villa’s haul of four Premier League victories at the Emirates, making north London a happy hunting ground for the Midlanders.

Arsenal vs Villa, alongside all other Gunners fixtures in England’s top flight, is available to watch online via Arsenal live streams.

Momentum is clearly on Arsenal’s side here, and you’d be silly to avoid bringing the abovementioned H2H record into the equation.

All things considered, this should be a routine win for the Gunners, though we expect Villa to show their teeth and potentially find the net.