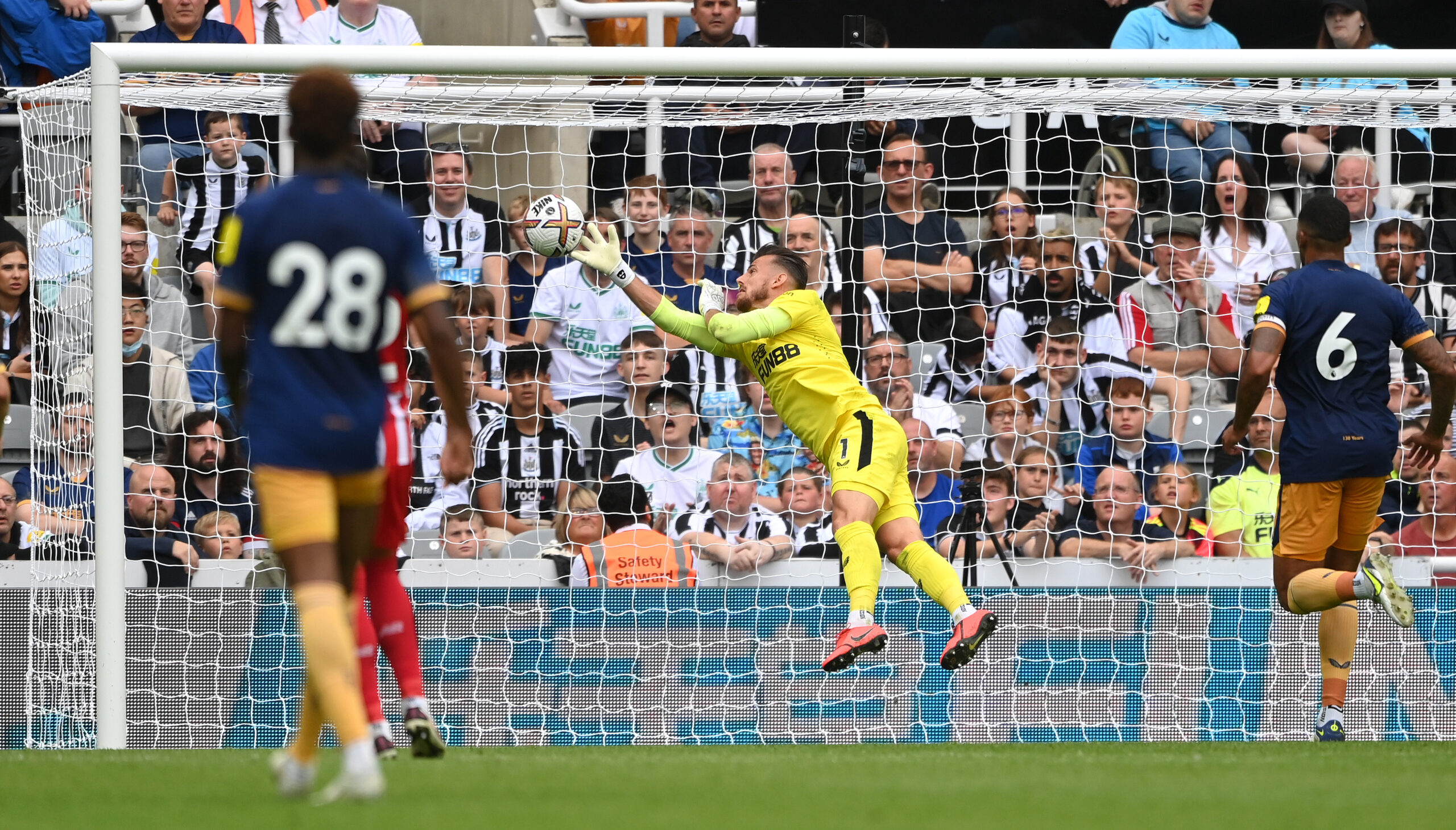 Martin Dubravka has reportedly pleaded with Newcastle United to allow him to join Manchester United before the transfer window closes.

The Red Devils are trying to add a new goalkeeper after Dean Henderson left to join Nottingham Forest on loan earlier this summer.

They were interested in Eintracht Frankfurt’s Kevin Trapp but the Bundesliga club demanded £21 million to let him go.

The Manchester giants have now turned their attention to Dubravka and are looking to sign him on loan with an option to buy permanently.

However, as per the Daily Mail, the Magpies want a straight sale for £5 million instead of a temporary move for the 33-year-old.

The experienced shot-stopper has fallen down the pecking order at the Tyneside club following Nick Pope’s arrival from Burnley in June.

The England international has started all three Premier League matches for Eddie Howe’s side this term, with two clean sheets to his name.

The Slovakia international joined Newcastle in 2018 from Sparta Prague, initially on loan which was later made permanent.

He has since been one of their most consistent performers, twice winning the player of the year award.

Since his arrival at St James’ Park, he has made 130 appearances across all competitions, keeping 37 clean sheets.

However, his injuries in recent years have made him something of an unreliable presence.

He missed a significant portion of the 2020-21 season due to a bone heel problem while he was also unavailable for the first few months last term due to a foot injury.