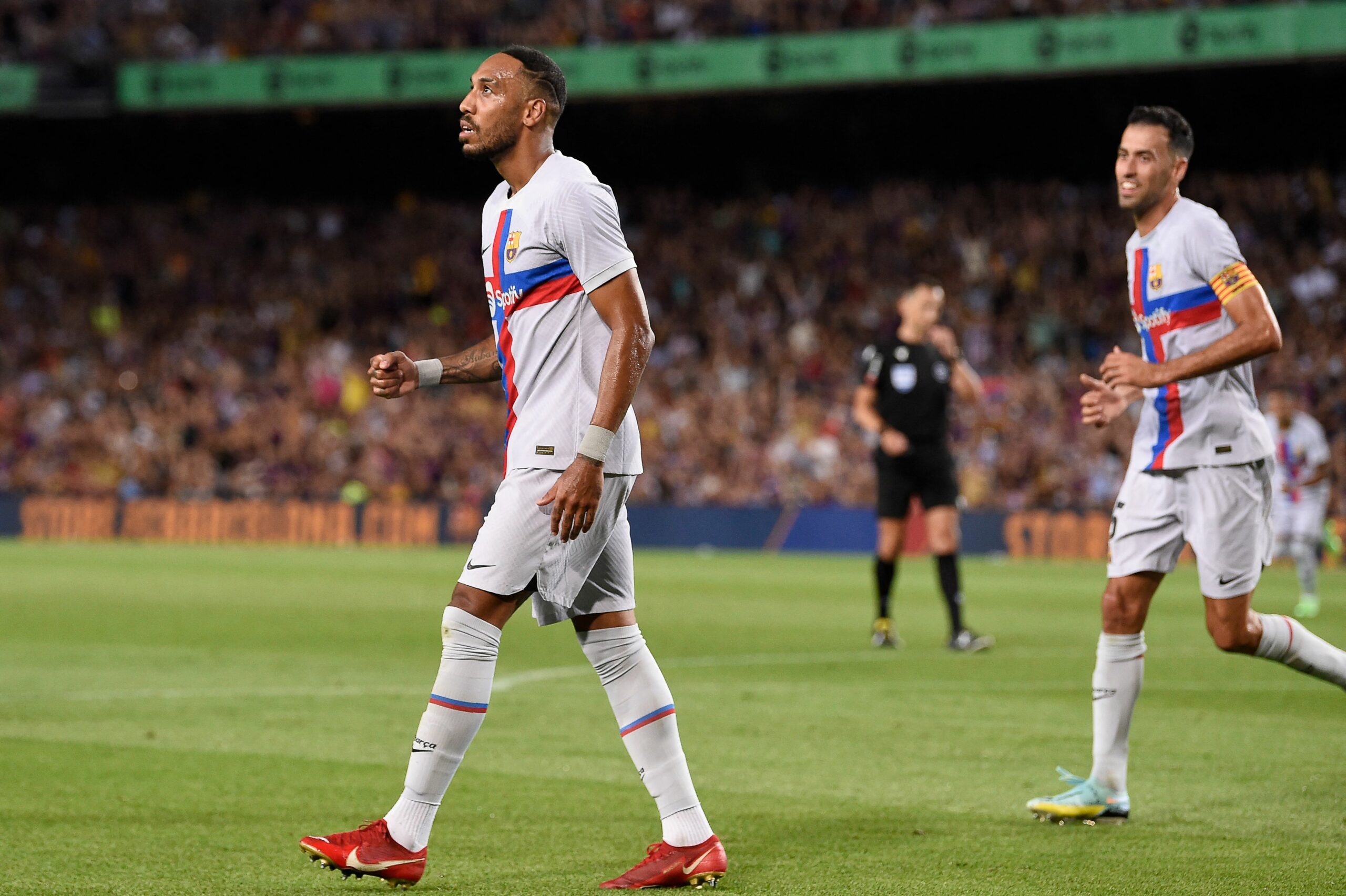 The Gabonese striker has fallen down the pecking order at Camp Nou following the arrivals of Robert Lewandowski and Raphinha.

The Catalan giants have been trying to offload Aubameyang to free up their bloated wage bill, with Chelsea touted as a potential destination.

The Blues have been locked in talks with the Blaugrana for weeks, but no outcome has been reached.

Although Thomas Tuchel wants his former Borussia Dortmund protege as a priority target, the west Londoners are reluctant to meet Barca’s €30 million valuation.

They have tried to include Marcos Alonso as a makeweight, but the Catalan giants continue to persist with their price tag for Aubameyang and want the Spanish left-back in a separate deal.

Man Utd are keeping tabs on the situation and looking to throw a spanner in the works.

The Red Devils are speeding up their efforts to add attacking reinforcements to their squad, with the transfer window closing next week.

Ajax winger Antony is the priority target, but United’s chances of landing him are increasingly becoming less likely after the Eredivisie outfit rejected their latest offer of around €90m.

It might have turned the Red Devils’ attention towards Aubameyang. He is a proven goalscorer who enjoyed a sensational run with Barca during the latter half of the last season – netting 11 goals in 17 games in La Liga.

As well as being versatile to play as a centre-forward and a winger, the former Arsenal star would be a cheaper buy and has plenty of experience in the Premier League.